Rebels’ strong night from the line leads to double-digit win vs. Danville 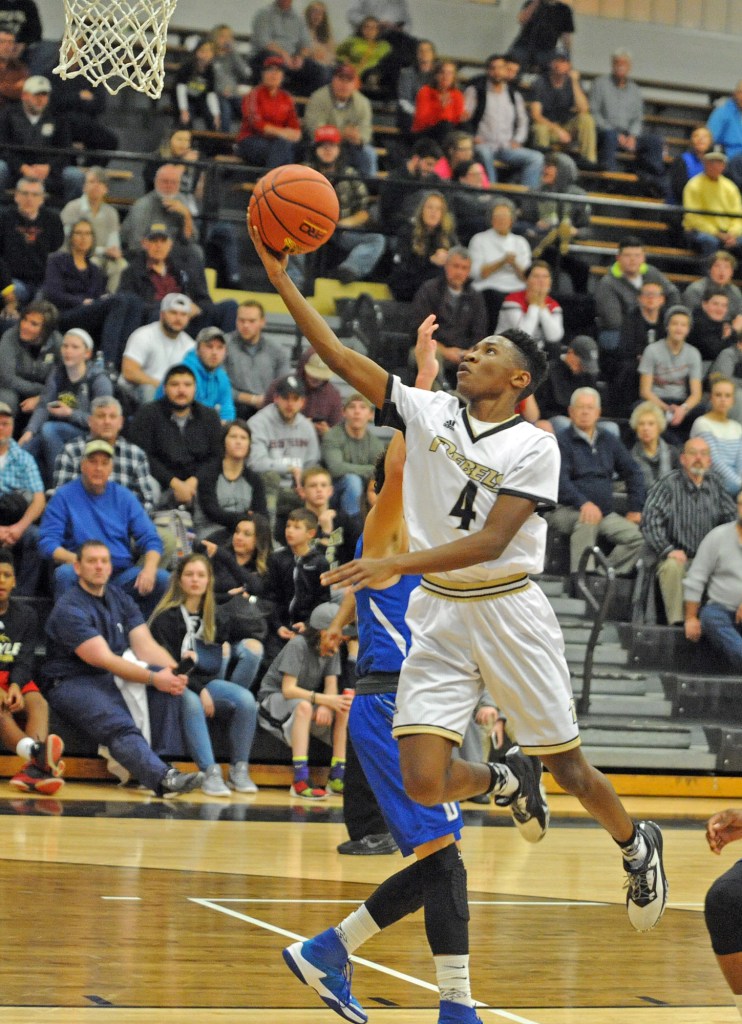 Boyle County boys basketball grinded out another win against a 45th opponent to move to 2-0 in the district, beating Danville 61-48.

The Rebels excelled from the foul line, finishing 22-for-28. Danville struggled, hitting just 9-of-24 attempts from the charity stripe.

“We’ve still got a long way to go, but I think we’re getting better every game at something,” Boyle coach Steve Adams said. “We spent a lot of time working on that three-quarter trap back to zone (in practice), and we probably should’ve spent more time on offensive execution. We didn’t do a real good job of that tonight. At some point, we’ve got to find that happy medium.”

Boyle’s defense did its job throughout the game, making it tough for Danville’s guards to quickly move the ball up the court. Early in the game, the Admirals struggled to adjust, turning the ball over 13 times in the first 16 minutes.

“I thought early on, this was the first game where lack of experience really hurt,” Danville coach Ed McKinney said. “Other than Jared (Southerland), nobody has played in this kind of game. First play of the game, we throw it out of bounds.”

The atmosphere was what you’d expect from a Boyle-Danville rivalry game. Both student sections were raucous and Rebel Arena was packed.

“When Danville and Boyle County play, I told the kids this week, you just don’t know what you’re going to get into,” Adams said. “It’s a different atmosphere, different level of pressure and intensity. But our kids responded well. We did some dumb things, made mistakes, but we’re playing hard and we’re improving every day.”

Two major movers for the Rebels have been freshmen Reese Smith and Grant Hotchkiss. Smith scored a game-high 21 points (11-for-13 FT) to go with a team-high eight rebounds. Hotchkiss didn’t score but had four rebounds, four assists and four steals. After big man Will Bramel fouled out in the fourth quarter, it was Hotchkiss who played in the center of Boyle’s 2-3 zone.

“Grant’s doing a great job,” Adams said. “Him and Reese as freshmen at this point, they’re getting more and more comfortable every day and you can see it in their body language.”

Boyle pushed to a 26-18 halftime lead, holding Danville to just six second-quarter points. The Admirals kept up in the second half, going on a 10-2 run at one point, but foul shooting down the stretch tipped the scales toward Boyle.

Danville was led by forwards Zach Thornton and Southerland. Thornton had a double-double, scoring 16 points to go with 13 rebounds (eight offensive), three steals and two blocks. Southerland scored 15 points on 6-of-13 shooting and had seven rebounds.

“Zach, I thought in the second half he went to war,” McKinney said. “He looked like what we thought he should be. We need him to play like that all the time. Jared played the game I expected out of him. That’s what he needs to do. I wish he’d shoot the ball more, but when we’re struggling, I guess he gets in that drive mode.”

McKinney said his team needs to develop grit on defense when shots aren’t falling at the other end of the court.

“I think we give up too much defensively too much when we have a hard time scoring,” he said. “Every possession is important, you’ve got to get stops. I thought we turned them over enough, there were just a few possessions where we gave up too easy for no reason. Bad closeout, guy beats us off of the dribble and we don’t move over. When you’re struggling offensively like we are, you’ve got to make stops every possession on defense.”