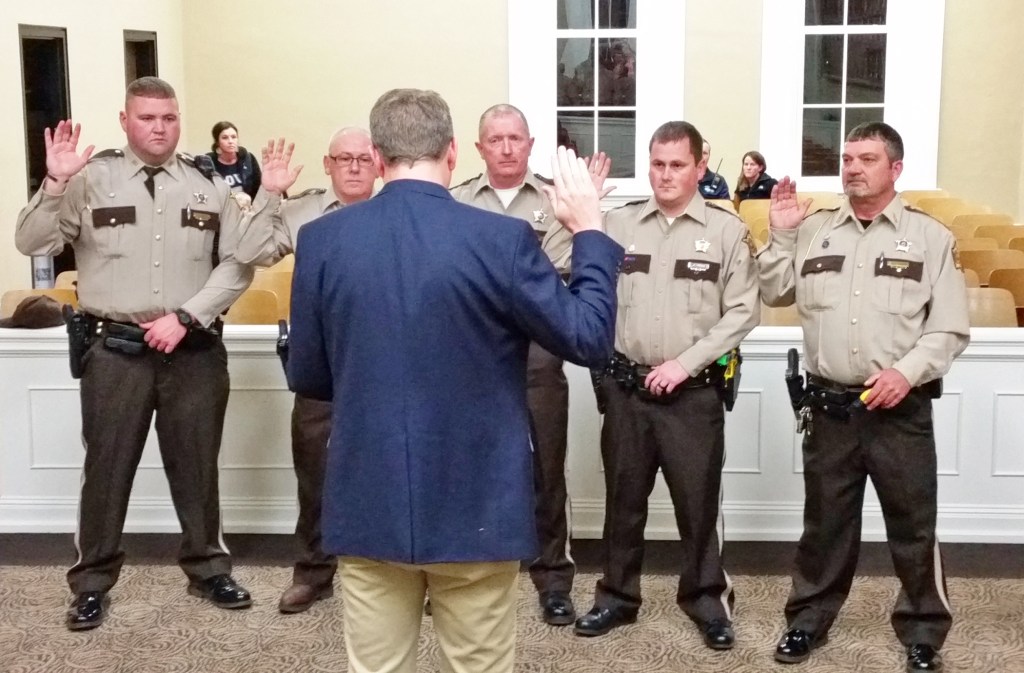 LANCASTER — It’s been about two weeks since the Garrard County Police Department was created and Judge-Executive John Wilson said things are “going well.”

A new officer has been hired, too: Tim Royce, a former Lancaster police officer. Royce will start next week, Wilson said. The department is also in the process of hiring a second new officer in the coming weeks.

“That will be more law enforcement coverage. People will appreciate that,” he said, adding that it would give officers more opportunities to do more indepth investigations.

The county’s five deputies were sworn in on Dec. 29, following a heated Garrard County Fiscal Court meeting. That included School Resource Officer Dave Amon, who was expected to come under the direction of the county police force and continue coverage at the schools. Amon had been present at the schools since classes resumed last week.

The Garrard County Sheriff’s Department signed a contract with the Garrard County School District at the beginning of the school year for a school resource officer. Amon had said at the Dec. 29 meeting he wanted to continue in that position no matter which badge he wore.

Instead of making Amon a county police officer, he was sworn in as a deputy sheriff again on Monday. That’s because the school district’s contract for an officer was originally made with the sheriff’s office, Garrard County Superintendent Corey Keith said. And it will help Sheriff Tim Davis by giving him a deputy to aid with the sheriff’s duties, Wilson said.

“He’s doing the same job (as last week) with a different patch on his shirt,” Wilson said.

The police force will be serving warrants, Wilson said, something that had been in question initially.

“We are working with Sheriff (Davis) on that,” he said.

Court security in Garrard County is also remaining under the direction of the sheriff’s office, another issue that had been up in the air during formation of the county police force.

Kentucky law states that the sheriff or a sheriff’s deputies are to attend the proceedings of the court. Although it is possible to have that placed under the discretion of the county police force, ultimately, Wilson said he and Davis decided to leave the court security under the sheriff’s guidance, since they also have the authority to transport prisoners.

“We are trying to make it as simple as possible,” Wilson said. “We are working out what is best for everyone.”