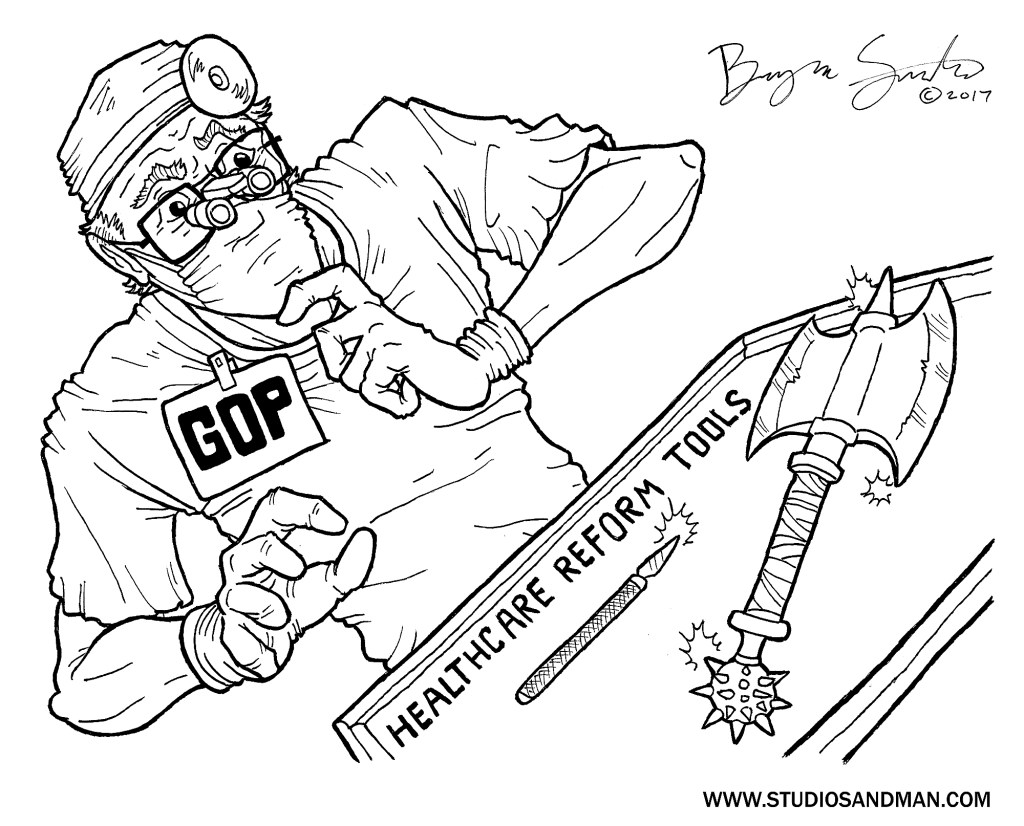 There’s no doubt that seismic changes for healthcare are on the way for the U.S. and Kentucky. Republicans’ underdog wins in the 2016 election finally gave them enough political power to go after their most hated Obama accomplishment, the Affordable Care Act. In Kentucky, Gov. Matt Bevin is seeking a waiver that would overhaul the state’s Medicaid expansion created under the ACA — and he’s threatened to end the expansion if he doesn’t get the waiver.

The election showed that Americans and Kentuckians are not satisfied with the healthcare reforms enacted by Democratic leaders; now, with majorities across the board in Washington and Frankfort, Republicans will have their chance to prove they can do it better.

But there are some things the ACA accomplished that have broad support among the U.S. public. People like that they can keep dependent children on their insurance until they turn 26; they like that “pre-existing conditions” are no longer an excuse for insurance companies to deny coverage. And we learned this month of a benefit from the ACA that hits home in Boyle County: The legislation has helped thousands of people in Kentucky get treatment for substance abuse problems who would otherwise have been left high and dry and addicted.

We don’t want to see the drug-treatment baby thrown out with the ACA bathwater.

Kentucky is mired in a massive opioid drug epidemic that’s literally killing people. Many of those who are addicted now were originally prescribed an opioid to help with pain management. They didn’t go looking for addiction; addiction found them. Now we as a society have a responsibility to fix what has been broken.

We are just starting to build real solutions to this epidemic — solutions that include rehabilitation for those addicted, as well as educational efforts to prevent new people from becoming addicted in the first place.

Boyle County is launching a syringe exchange program, as have Mercer and many other Kentucky counties; Boyle and Mercer are also building a post-jail rehabilitation program that aims to break the cycle of addiction and turn former inmates into contributing members of society. People from every stripe of life are pooling their efforts to help. Churches, nonprofits, government entities and individuals are all contributing what they can.

Kentucky’s Medicaid expansion has been helping, as well. According to a recent study from the Foundation for a Healthy Kentucky, thousands and thousands of people have received treatment for their drug abuse problems through health insurance that they would not have had prior to the expansion. About 1,500 people received substance use treatment services through Medicaid in the first three months of 2014. More than seven times that many — approximately 11,000 — received treatment through Medicaid a little more than two years later, in the second quarter of 2016, according to the study.

That’s almost 10,000 additional chances at beating drug addiction in just a three-month period thanks to the Medicaid expansion. That’s 10,000 chances to turn people who currently burden taxpayers with law enforcement, jail and healthcare expenses into healthier, happier people who get jobs, pay taxes and contribute to the economy. Such a contribution to the fight against addiction is too great to be eliminated.

If Kentucky and U.S. Republicans are serious about changing the ACA — and we think they are — we hope they will enact reforms with a scalpel rather than a battle axe.

They must find ways to cut out the offending parts of healthcare reform without harming the parts that actually succeeded. Otherwise, the side effects will be far worse than the problems they’re trying to treat.