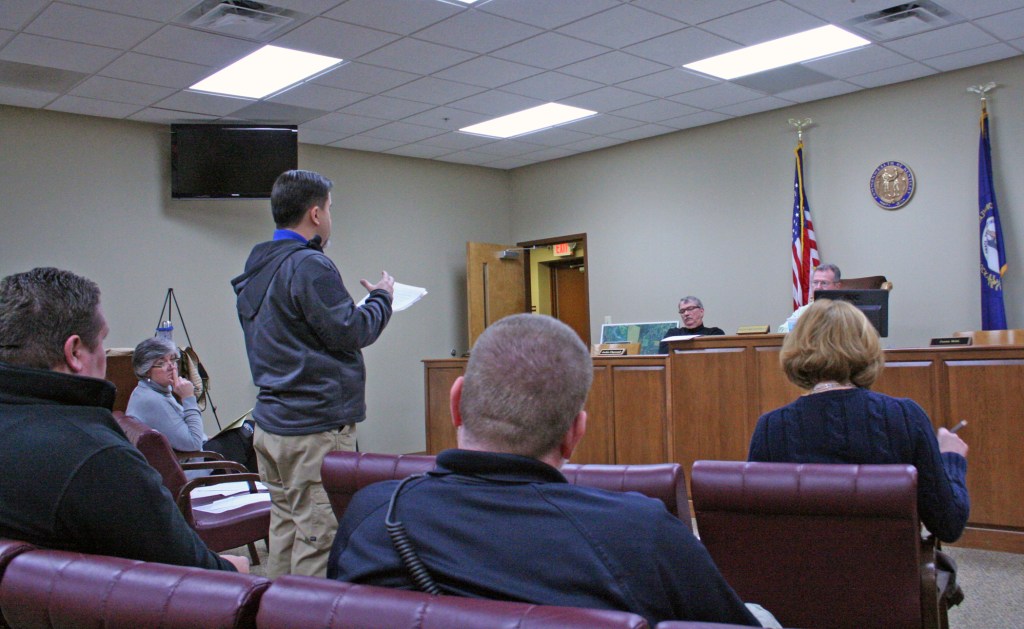 Pending approval of the contract between Shepherd’s House and the Boyle County and Mercer County fiscal courts, plans to open a non-residential treatment center in the former Red Cross building in Boyle County can move forward.

Members of the Boyle and Mercer Joint Jail Committee meeting reviewed the contract during Friday’s meeting in Harrodsburg. They proposed a few changes to the contract, which will be made before the contract is given to the courts for approval.

The contract lays out the responsibilities of the three entities, however Boyle County Attorney Richard Campbell requested more explicit responsibilities be included. He also asked that the clause for potential termination of the contract require 60 days notice.

Other changes, such as a minimum liability insurance, and making sure that the counties are not liable for Shepherd’s House’s fees if the entities had a dispute that ended in court, were discussed.

Ideally, the non-residential treatment center would open on Feb. 1, but no other plans can move forward until the fiscal courts approve, which could happen on Jan. 24. It will likely be later, said Jailer Barry Harmon after the meeting, because the hiring process cannot begin until after the contract is approved.

The committee also learned about a plan to restructure the deputies at the Boyle County Detention Center, laid out by Chief Deputy Brian Wofford.

The plan, he said, is like one implemented in other facilities called the “Pittman Schedule.”

“One things that we face — it’s in EMS, law enforcement — burn-out is an issue. We’re having problems with call-ins for sick time … That four hour day they’re tired and don’t want to come in, so they burn four hours to get 8 hours off,” Wofford said.

“This will give us better coverage, will be safer for our deputies and give them time to recuperate,” he said.

It also gives the lieutenant, who is supposed to be in charge of the team, more responsibility and the opportunity to truly be the lieutenant. Wofford believes it will help with overtime, too, which is a recurring issue.

A yearly breakdown of inmates showed:

• A total of 3,515 inmates came through the Boyle County Detention Center.