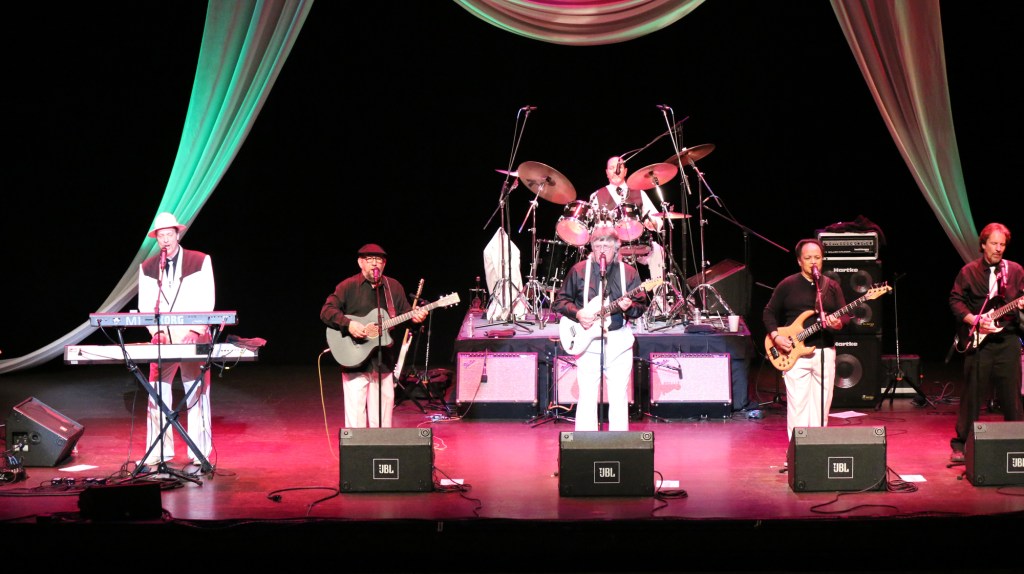 America’s Pop Music Hall of Fame inductee, The Association, will perform at Centre College’s Norton Center for the Arts on Jan. 28. The Association is one of the most popular and successful bands to have come out of the “ wingin’ ‘60s.” In addition to their most famous songs – “Windy,” “Cherish” and “Never My Love” — The Association had many other Top 10 hits, such as “Along Comes Mary,” “Everything That Touches You,” “Six Man Band,” “Time for Livin’” and “Requiem for the Masses.”

“Yes, THAT Association!” exclaims Norton Center executive director, Steve Hoffman. “With chart-topping hits and a resurgence thanks to ‘Breaking Bad’, The Association delivers a performance of unforgettable number ones and Hall of Fame talent.”

The Association was formed in 1965 after the breakup of an 11-man electric folk group called The Men, which is considered the first “folk rock” group. The six-man Association rehearsed for five months and then began performing across Southern California at nightclubs (The Troubadour, The Ice House, etc.), coffeehouses, folk clubs, high schools, Jr. colleges, colleges, proms and parties. Having sold over 80 million records, tapes, CDs, and DVDs, earning six gold and three platinum discs along with seven Grammy Award nominations, The Association is still going strong decades later.

The Association was the first electric group to break through the anti-rock biases in many of the major venues across the country and was the first rock ‘n’ roll band to perform at Hollywood’s Greek Theatre, the Coconut Grove, the Copacabana, Tanglewood Music Festival, Blossom Music Festival, the Latin Casino, Saratoga Performing Arts Center, the Chicago Opera House and Ravinia Park. In 1967, The Association was given the honor of opening at the first international pop festival in America— The Monterey Pop Festival—on the bill with Simon & Garfunkel, The Who, Jimi Hendrix, Janis Joplin, Eric Burdon and the Animals, and The Mamas & The Papas. As described by the Vocal Music Hall of Fame, “Although many bands of the late ‘60s and early ‘70s emphasized instruments over vocal harmonies, The Association came across more as a vocal group than a band, …the music had a life of its own.”

Being on the road for so many years —with over 2,000 concerts and television performances —  began to take its toll and the group parted ways in 1972 to pursue individual careers and interests.

Since their reunion, The Association has performed all over the world. They have sung and played in every state in the United States, including major showrooms in Atlantic City, Las Vegas, Reno, Tahoe and many times at the Hollywood Bowl. They have received further acclaim and a whole new generation of fans after their song “Windy” was featured on an episode of the hit TV show “Breaking Bad” expanding their already grand history to the modern age. Now coming to the Norton center in Danville, The Association brings a must see event that will be great fun for all ages.