Gathering of Creatives: First artists’ forum draws many to Danville 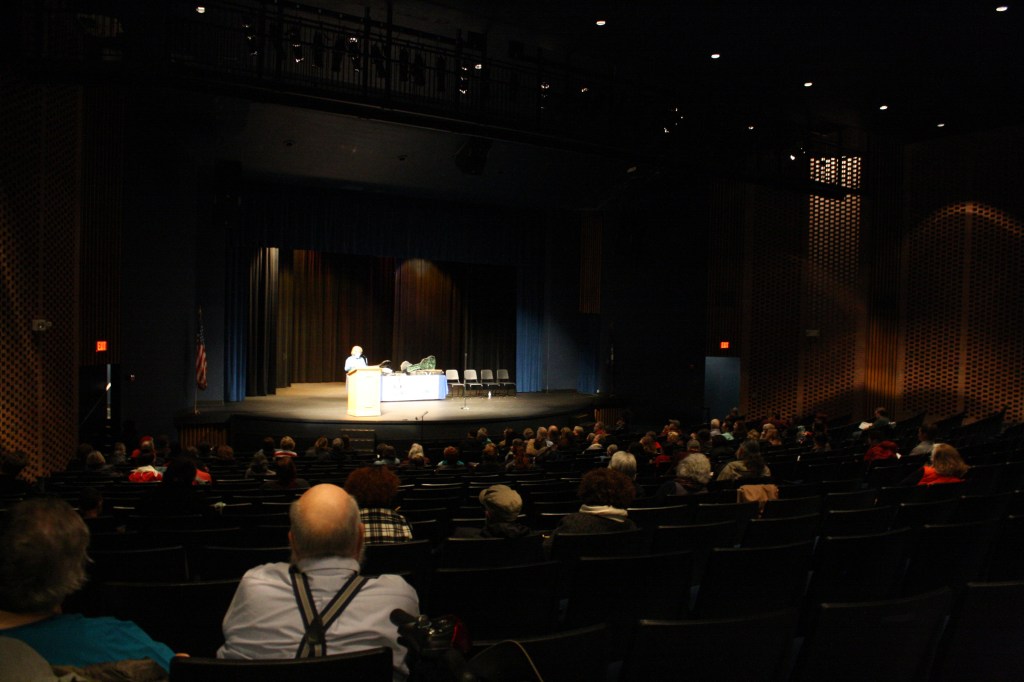 Walker called “all creatives” out to the event “to be involved in a community conversation that is about the importance of individual artists to the commonwealth,” he said.

The event was based around trying “to find the center of something that is about Kentucky artists,” Walker said, as he has recognized that the center has roots, and it includes everyone who attended the forum and even those who didn’t.

“This is about being proactive and recognizing that even though Kentucky trumpets bourbon and basketball and horses and fried chicken, artists should be on that list,” he said. “I believe that we have more artists than distilleries … than top horses and super barns.”

There are artists who are from Kentucky and are thriving in several different artistic industries all over the country, he said.

“We don’t brag about that … it’s because we’re talking about distilleries and basketball and horses and we should be talking about us,” he said. “I believe there’s an opportunity in this state for us to acknowledge that this is our richest resource — us.”

The forum was a time for artists to come together, collaborate and to figure out how to better communicate with each other. He asked the audience to talk about their challenges as artists.

“Understanding what the problems are and the challenges makes it easier for us to solve it,” he said.

During the forum, participants were able to hear from professionals who have “failed” and succeeded as artists. Four professional artist shared a glimpse of their personal stories and their thoughts and opinions about art in Kentucky.

Gover said she feels so much love for the state of Kentucky, the people and the culture and challenged the artists in the room to “do something good and let’s change the world.”

Alexander has found Kentucky to be a good environment for the arts, but there is a lack of visionary leadership. She said she also feels there is a lot of media in Kentucky, but it’s still challenging to get the word out about the arts.

Alexander challenged artists to get to know who the publishers are in the state and connect with them in order to get the word out about Kentucky art.

To end the personal stories, Gipe ended with how he doesn’t want to see art and artists melt away like a “liberal snowflake” but instead, he wants to see artists come together and create a huge snowball and come back.