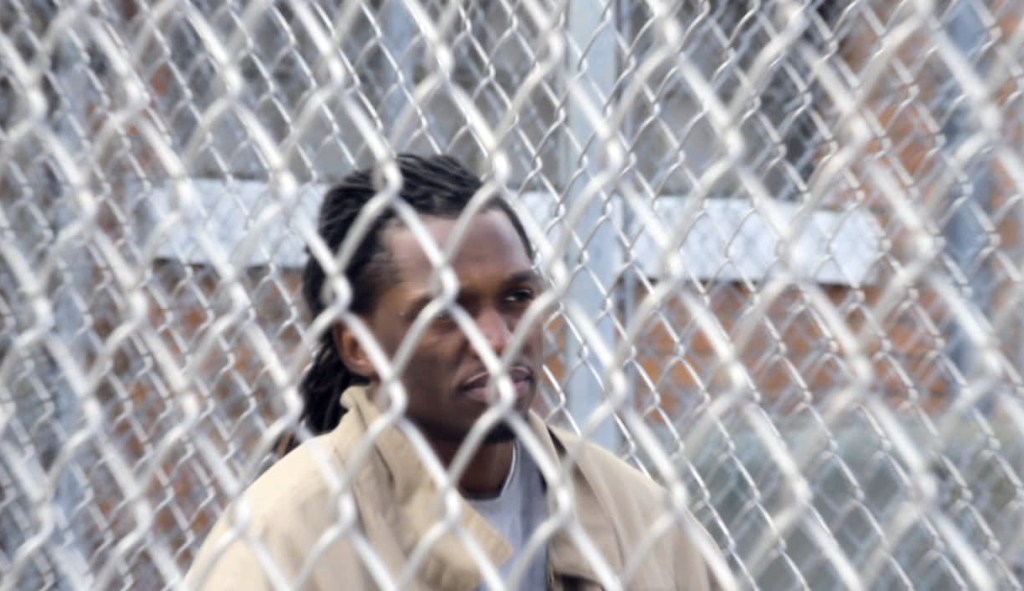 (Photo by Robby Henson) Incarcerated writers Andrew Phillips is seen in the yard at Northpoint Training Center in Mercer County. Phillips is just one of many men who have participated in Voices Inside, and who are featured in Robby Henson’s award-winning documentary “I Come From.”

“I sort of get a real positive from spreading the word that art can change lives.”

That’s Robby Henson’s reason behind making “I Come From,” a documentary about incarcerated poets and playwrights in the Kentucky corrections system. The film will kick off Lexington’s 2017 Filmslang  season, a monthly screening series, Thursday at the downtown Lexington Public Library’s Farish Theater.

Henson, artistic director of Pioneer Playhouse, leads Voices Inside —  an outreach program teaching writing and performance skills to incarcerated men at Northpoint Training Center. “I Come From” focuses on six prisoners whose work, Henson says, as artists declares a wish to grow as human beings and to embrace an architecture of change. 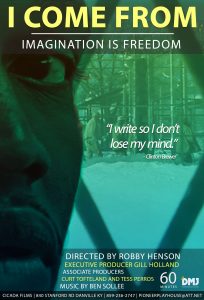 “Their poems and plays reflect hard lives lived, tough environments negotiated, past mistakes made,” he says. Plays written by the inmates have gone as far as New York, featured in readings by well-known actors as a part of an annual program.

“In this particular documentary, we look at it on a deeper level — every life matters. Through creativity, we can ask deeper questions: Who am I? What have I done with my life? It’s almost therapeutic to watch,” he says. “It allows the incarcerated writers to examine their lives in a larger context, to be able to step outside their lives. Even those who have made mistakes, those who come from very challenged backgrounds, through creativity they can give their lives new meaning.”

The screening is free and will include a Q&A with Henson following the film. “I Come From” has won several awards, including the Audience Award at the UPIKE Film and Media Arts Festival. It features music by Lexington native Ben Sollee.

“Definitely not the first screening, we’ve had a few at a film festival in California … probably about five or six festivals in total. But this is the Central Kentucky premiere.” He feels the film shows an emotional story — and reactions to it have been very positive. 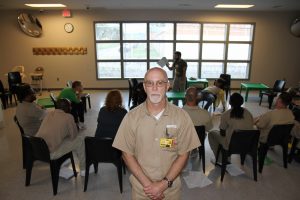 Rob Daughenbagh, a Northpoint Training Center inmate, is photographed by Robby Henson while other participants in the Voices Inside program perform a read through of a play in the background.

“Audiences really feel for the story of these incarcerated writers,” Henson says, adding it’s very real. “It reflects a mixture of hope and despair.”

Henson says the men the movie focuses on haven’t been able to view it yet, but he’s hoping they will be able to when it appears later on KET. It will also be a featured piece in the Southern Circuit Tour of Independent Filmmakers in March.

Henson says Northpoint and the Department of Corrections have been very helpful with the Voices Inside program, and he greatly appreciates the fact he has been allowed to do it.

“I think it’s a win-win for everyone. More than I give is what I get from working with them. I feel like we’re a missionary of arts. I feel that when people express themselves, particularly people who didn’t grow up with creativity for values, it’s a beautiful thing.”