Is a change in order for postseason? 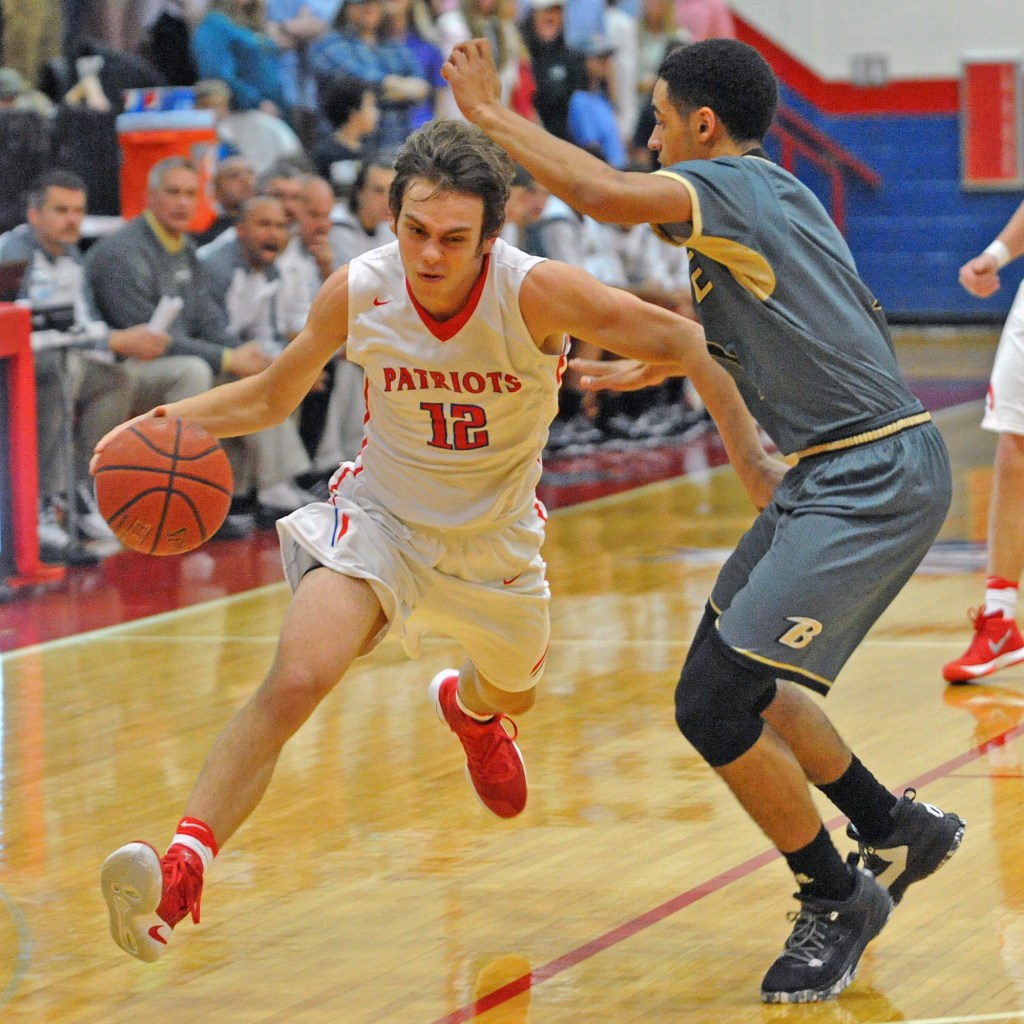 Small waves were sent through high school basketball when the KHSAA announced last week that the 15th Region will serve as a pilot program for a new postseason format in basketball, baseball, soccer, softball and volleyball.

All 16 teams in the region will be divided evenly among four districts, and with an extra round added to the region tournament, all teams would advance to what could be called a super regional tournament.

While a widespread implementation of the super region format is still years away, it’s an interesting thought. So we went right to the people it would affect most — the coaches — in our weekly Monday Mailbag.

1. There’s been talk in some regions about changing the postseason to a “super region” setup, which from what I understand would kind of bypass district tournaments. Do you feel this is a good move? Why or why not?

Steve Adams, Boyle County boys coach: I’m not sure. I am for anything that improves the game. I would have to look at proposals and understand pros and cons.

Michael Menifee, Danville girls coach: I don’t really have a feeling one way or the other. However I really like district rivalries and district play.

Don Irvine, Burgin boys coach: I think it’s a great step. Districts were at a necessity when my father played ball back in the 1930s when there were up to 20 teams in a district and there had to be extra processes of elimination. Three and four team districts where a runner-up gets to advance anyway makes it seem like it would make more sense to put everyone together in a region and let them fight it out.

Ed McKinney, Danville boys coach: I’ll use this as my answer for questions one and two. I’m a traditionalist and think before we make any big changes, we better be careful about unintended consequences. I don’t think the issue is with the district and regional tournaments as much as it is with maybe a little loss of interest and attendance at the state tournament. And there are many factors at play in that. We need to look at the state tournament format. There have been some good ideas thrown around. One I think is fairly interesting is going to four classes, playing the final four of each class on Wednesday and Thursday with the state championships games on the Friday. Talk about a great day of basketball in Kentucky!  It would make Wednesday and Thursday exciting as well. Then the winners of the four classes playoff for the overall state championship. That way the traditional format of Wednesday through Sunday could be followed.

2. If there was one thing you could change about high school basketball in Kentucky, what would it be and why? Do you think it’s something which could happen?

Adams: I think it is a very good product. A couple of things that should be addressed are recruiting and recruitment and training of officials. Neither one of these have a simple answer. Both issues need a lot of thought and a desire to improve.

Charlie Owens, Garrard County athletic director: I know I’m not the coach, but I think high school basketball would greatly benefit from a 30-second shot clock. You can’t play zone because there isn’t reason to shoot, so teams can pull it back out until they get a better shot. They also can stall the last four minutes of a game. The game would be a lot better if the shot clock was added. There is a reason they did it in other levels of basketball.

Young: I would like to see a shot clock added in Kentucky high school basketball. I think it would make strategy come into play more. I believe this would create more entertaining basketball games for the players and fans, and create a more up-tempo style game. I don’t see it ever happening.

Menifee: I wish we had a shot clock. However I don’t think it will ever happen.

Irvine: I would get rid of seeding and also make tournaments a true single elimination. I remember when no one seeded and draws were so exciting. The schools that say they want to ensure that the best eight teams are in the regional? I would say most of those people mean they want THEIR team in and the other worst seven teams. I seriously doubt they want the best eight for competition purposes. I would also eliminate the district winner to get a second chance. I remember as a player when my team got defeated in the regional finals asking why I didn’t get another chance? If they truly want to make regular season games meaningful, which is another argument, let the district teams play each other round robin as they do, and then make the region field comprised of the district tournament CHAMPION, and the best remaining team of that district based on regular season round robin games.

Adams: We have two, Danville and Lincoln County. This past week was awesome playing both of those games. There is tremendous fan support and excellent games.

Young: It is going to be real special going back to Lincoln County, and coach my first game as a head coach there, and on top of that coaching against my little brother in his last year … thank goodness for our family. I have so many great memories in that gym as a player, and that is where I developed my love for the game watching past teams play as a kid. I used to watch (Patriots girls coach) Cassandra McWhorter when they were really good, and I wanted to create my own legacy as a player when I got older. I think most of our road trips in the 12th Region have good atmospheres to play in. That is a testament to how much passion we have for basketball in our area.

Menifee: I really like our district road trips. I love the student sections and the atmosphere of each game. They are always good competitive games.

Irvine: I don’t have such a thing as a favorite road trip, but if I did, it would be one of the one’s that I treat the team to White Castle after the game.

McKinney: Boyle County, Lincoln County and Somerset just because they have been such good rivalries for decades.

4. Do you have any superstitions or habits before the game?

Adams: Just try to keep our routine the same.

Young: Not really. I really just concentrate on what we need to do to give ourselves the best chance to win. I do always have to recheck our equipment bag to make sure we don’t leave anything.

Menifee: I am not a superstitious person. However I like to keep the same routine most games. I always watch one last clip of game film, never get completely dressed until the team has dressed. And I usually have a Captain Frank’s hot dog before every home game.

Irvine: I used to drink a Pepsi during warmups before the game but my doctor’s advice put a stop to that, so now I may wear the same outfit to coach in (washed, of course) that we have been playing well when I wore it.

McKinney: My big superstitions have to do with staying with the same things after wins. So I’ll park in same spot at the gym, eat the same pregame meal, wear the same tie or coaching shirt, etc. I just try to keep the same routine of the game day the same as last one if we won. Like the old joke, I’m not superstitious, just a little stitious.

5. Those last few minutes before the game starts, what’s going through your mind? Do you focus on anything special to get yourself mentally prepared?

Adams: My job as head coach is to have a clear understanding of how we can lose the game. To explain that — you have to know what your weaknesses are and how the other team can exploit them. I am thinking, ‘Did we cover every possible situation that could occur? Are our weaknesses hidden from the opponent? Are we prepared to execute the game plan and play to our strengths?’ The worst part of the day is waiting on the game to start.

Young: Usually, I’m racking my brain trying to put us in our best set the first offensive trip of the game to get us off to a good start. I generally have a peaceful, calmness come over me thinking about how blessed I am to be able to coach a game that I love for a living.

Menifee: I just say a prayer thanking God for blessing me to be able to coach another game and just allow me to do it honoring Him and to the best of the ability He has given me.

Irvine: We ask the players to be focused totally on the game so that’s all I do to the best of my ability. I go back over all the offensive and defensive possibilities we plan to use, and to make sure I am sharp about watching more than the ball but focus on the unit as a whole.

McKinney: In the last few minutes before game time, I’m trying to get things down to as simple as possible. What are we running against man initially, against one-man front and two-man front zones, what press offense are we running, first out-of-bounds underneath play, do we need to be ready to switch defenses or match ups immediately or stay with it, etc.