Turner, King ahead of the curve 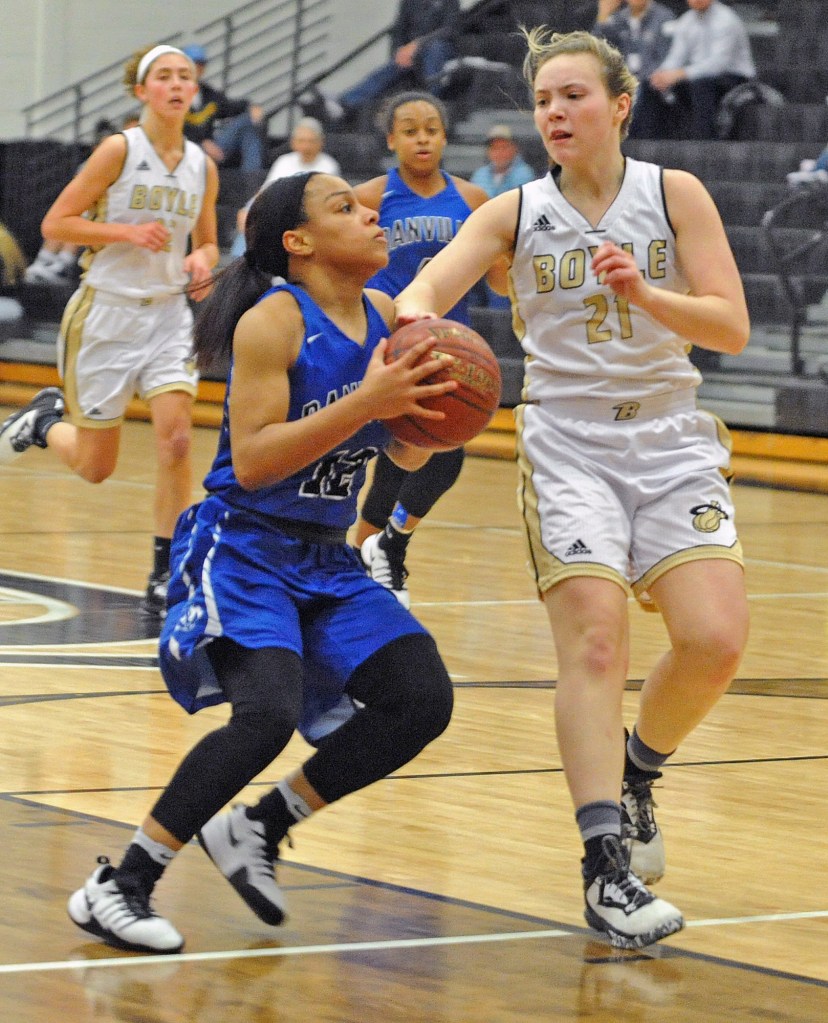 1. The sophomore class in area girls basketball could be special. Scoring 1,000 points in a high school career is a fantastic feat, and most players wait until their senior year — at least junior — before crossing that off their list. Not so for Danville’s Ivy Turner and Lincoln County’s Emma King, who both reached the benchmark Friday.

Heck, you can add in King’s teammate Kaitlynn Wilks, who is nearly averaging a double-double this season. What the class may lack in numbers is more than makes up for in quality.

King is already on the radar of the University of Kentucky women’s basketball team, and college coaches are a routine sight at Danville games, so the word is already out on these two stars. Luckily for area fans, they’ll be around for two more years.

And while we’re on the topic of 1,000-point scorers, Garrard County’s Maddy Day passed the mark in Saturday’s win over Rockcastle County.

2. Friday was a wild night for 12th Region teams. As Matt Overing pointed out, five region games were played on Friday and none were decided by more than five points … and that’s not including Casey County’ 75-73 win over West Jessamine on Saturday.

You had Boyle County and Lincoln County playing another instant classic, a triple overtime thriller won by the Patriots; Mercer County’s Trevon Faulkner going off for 46 points in a win over Wayne County when the teams combined for 185 points; Pulaski County beating rival Southwestern by one point; Rockcastle County topping Casey County (who could be a great dark horse for the region tournament) by three points; and Danville beating Garrard County by five points.

So what did we learn from Friday? The 12th Region tournament is going to be a blast.

3. It’s Mercer County and everyone else in the 46th District … again. The Titans won their 62nd straight district matchup Friday night, beating West Jessamine by 45 points. It’s almost like the Kentucky men and the rest of the SEC; it’s not that West and East Jessamine are that bad, it’s just that Mercer is that good.

We’d do well to keep our eyes on the Titans this week as they head to Louisville Mercy for the loaded Raatz Fence/O’Shea’s Classic.