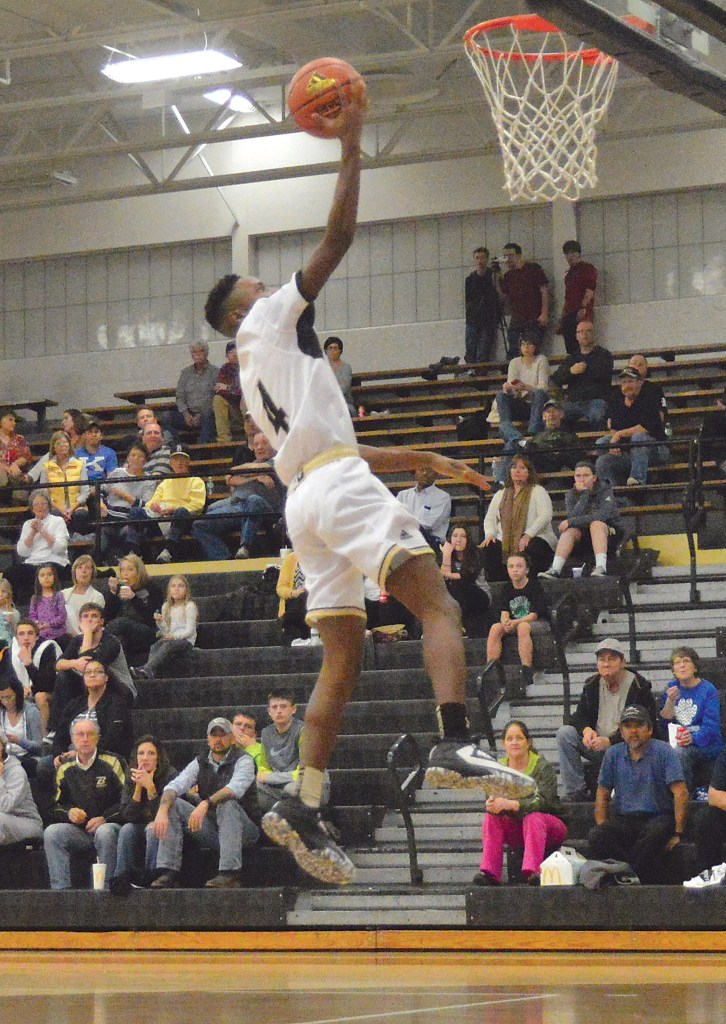 Jeremy Schneider/jeremy.schneider@amnews.com Boyle County guard Jason Alexander goes up for a fast break basket in the second half of Tuesday's game against Casey County. Alexander led the Rebels with 20 points.

For the first three quarters of Tuesday’s matchup with Casey County, the Boyle County boys basketball team played like it prepared and practiced, trailing the visiting Rebels by double digits and struggling to find any rhythm.

But in the fourth quarter, “we got more energy and they decided they didn’t want to lose,” according to Boyle coach Steve Adams.

Bryce Slone scored 13 of his 19 points in the fourth and Boyle rallied with a monster quarter, shocking Casey 66-62 in a rematch of last year’s 12th Region tournament semifinal.

Boyle was coming off an emotional triple overtime loss at Lincoln County on Friday, followed up by a long weekend and no school on Monday. Adams said the team lacked any experienced leadership to guide them through the slow few days.

“It was a trap game,” Adams said. “We took Sunday off, watched some film, didn’t really do anything so we could rest. Monday, we’re off school and it’s one of those things where we’re not mature enough to be mentally focused for practice, and it carried over where we’re not focused for the game.”

And it showed early on. Casey came out of the gates on fire, particularly guard Jake Smith, who had seven points during an 11-1 run to open the game. 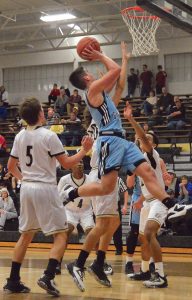 Jeremy Schneider/jeremy.schneider@amnews.com
Casey County’s Jacob Smith goes up for two of his game-high 26 points in the first half of Tuesday’s game at Boyle County.

Smith was sharp all night, leading all scorers with 26 points on 10-of-16 shooting from 2-point range, but Casey coach Jason Price was frustrated with the lack of support from any teammates.

“We’re supposed to have senior leaders, but we had no composure and nobody step up,” Price said. “… We need to find some consistency elsewhere. And again, it’s about being disciplined. There’s a reason sometimes when you’re open for a (3-pointer). It’s not because we’re running the offense, it’s sometimes because they want you to shoot.”

Collin Miller added 15 points for Casey and Max Reyes had 11. Price felt they wasted a prime opportunity by not utilizing Breece Hayes more in the post; the 6-foot-4 senior finished with eight points and nine rebounds.

“We’ve got to get it to him more, we’ve got to look for him,” Price said. “I told them before the game the best post player in the gym was Breece. That’s on me, I’ll have to take that. We’re supposed to be looking in there.”

With Casey holding as much as an 11-point lead in the third quarter, Adams’ frustration showed through. He pulled Slone from the game and had him sit out the final three minutes of the third.

The message must have worked. Facing a 52-43 hole to start the fourth, Slone hit hit only 3-pointer of the game to trim the lead to 54-49 three minutes into the fourth.

Boyle guard Jason Alexander went on a binge, hitting a bucket to make it 54-51 and then making 3-of-4 free throws to get within 56-54 with 3 minutes, 6 seconds remaining. Alexander had 20 points to lead the Rebels.

Slone then forced Casey into turnovers on three of its next four possessions, taking his final two steals to the bucket for easy layups and a 61-58 lead.

“Bryce gets caught up in what’s going on the floor and doesn’t pay attention to what he should be doing or needs to be doing to put us in the best position,” Adams said. “But he responded and made some big defensive plays after not doing a good job defensively early in the game. He made big plays, made big free throws, stepped up when we needed him to.”

Boyle closed it out at the free throw line, making 10-of-16 free throws in the fourth. The host Rebels went 18-of-27 from the line for the game while Casey was 8-of-10.

Boyle improved to 9-9 with its fourth win over a region opponent this season. It heads back into 45th District play Friday, hosting Garrard County.

Casey fell to 6-13, losing for the fourth time in five games. Frustration was evident as Price quickly exited the locker room after the game and had the team loaded on the bus and pulling away less than 20 minutes after the buzzer sounded.

“We gave them a gift, we handed it to them,” Price said. “They should send my whole team a gift basket.”

Despite all the mistakes and immaturity, Adams knows he can at least look back on this game — warts and all — as a positive in the season.

“This will be OK if we learn from it and that’s the byproduct,” Adams said. “If it’s not, then that was just two bad outings.”