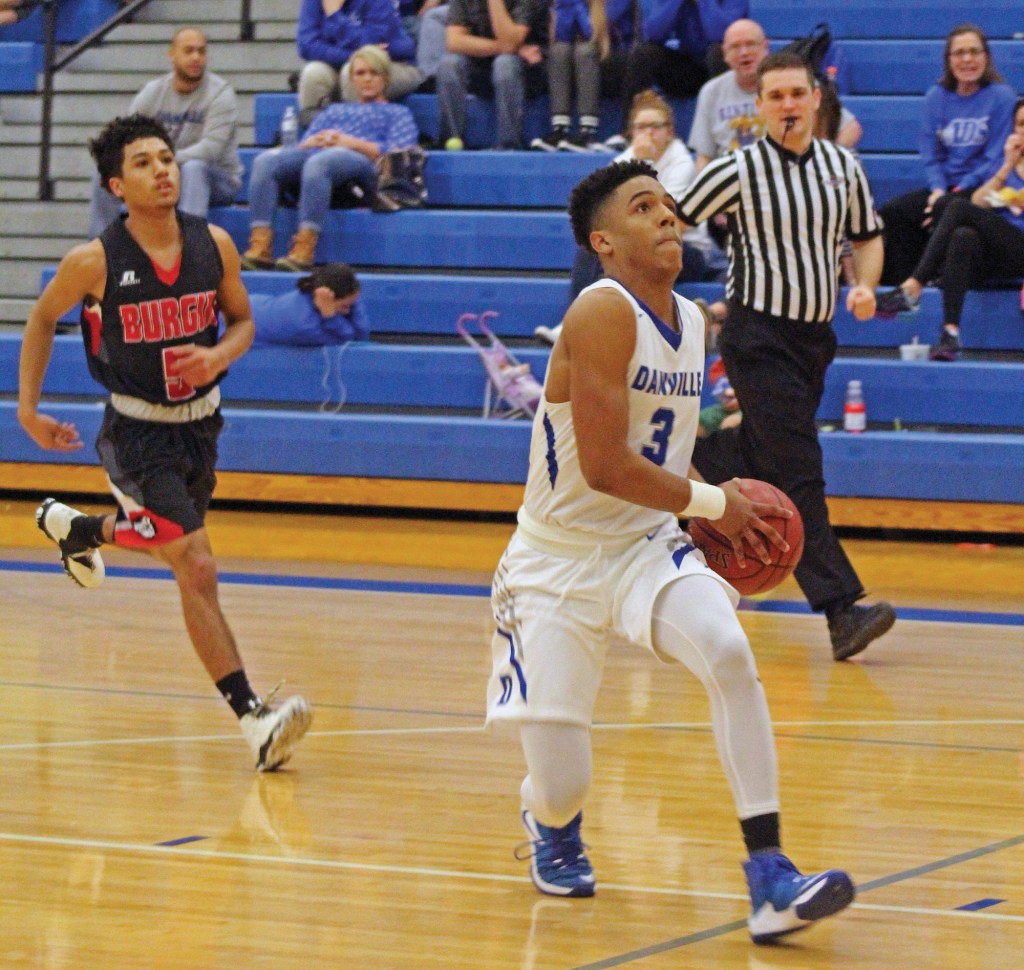 The first step in the Danville boys and girls’ defense of their 12th Region All “A” Classic titles looked very much alike.

Both teams jumped out to big leads in the opening minutes of their semifinal games against Burgin on Tuesdaynight, effectively securing their spots in the championship games well before halftime.

The Danville boys led 9-2 after 2:20 in their game, put the game out of reach with another big run at the start of the second half and went on to a 74-37 victory. 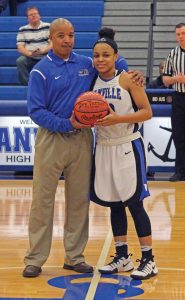 The Danville girls led 10-0 after forcing turnovers on Burgin’s first six possession, scored the first 36 points of their game and rolled to a 72-14 victory.

Both teams will play Somerset in the finals doubleheader Friday at Danville.

Danville 74, Burgin 37 — A Danville team lacking in experience is getting better as it moves deeper into the schedule.

Coach Ed McKinney said he can see improvement in the Admirals (6-9), and he said he saw it Tuesday in their win over the Bulldogs (6-9).

“The more we play, the better we’re getting,” McKinney said. “We’re still just so green. I’m at the point now where I think things are going to get better, and I still look out there and we’ve got kids that haven’t played.”

Jared Southerland and Zach Thornton scored 17 points each to lead Danville, which won easily in part because it forced 32 Burgin turnovers.

“We got out in the passing lane, and we got rewarded for it,” McKinney said.

Danville’s lead was just 19-12 after one quarter, but Southerland stole the ball and scored on three consecutive possessions to give the Admirals a 30-15 lead midway through the second quarter, and they scored six points off turnovers in a 13-0 run at the start of the second half that gave them a 51-21 lead.

Danville shot 47 percent from the field, while Burgin shot 41 percent with 36 fewer attempts.

The Bulldogs didn’t get a field goal in the third quarter and fell behind by 41 points early in the fourth.

“We were playing in retreat all night,” Burgin coach Don Irvine said. “We didn’t like to dribble the ball, we didn’t want to attack our basket and we didn’t pass it down the floor. If you’re in retreat mode all night, those things are going to come and get you. We were kind of close in the first quarter, but we were still bailing water all night.”

Danville will try to capture its third straight All “A” regional title in its second meeting of the season with Somerset. The Admirals defeated the Briar Jumpers 64-54 on Dec. 18 in Garrard County’s holiday tournament.

“They shoot it like crazy. They probably had 15 3s (Monday in their semifinal win over Washington County),” McKinney said. “We’ll have our work cut out for us, but we beat them earlier, so our kids at least think they can play with them.”

Danville 72, Burgin 14 — With victory assured after only a few seconds, Danville used this game to work on some things it will need Friday and in the future.

The Lady Admirals (11-6) led 10-0 after only 85 seconds, didn’t give up a point to the Lady Bulldogs (1-11) until after the midpoint of the second quarter and spent the night fine-tuning their game. 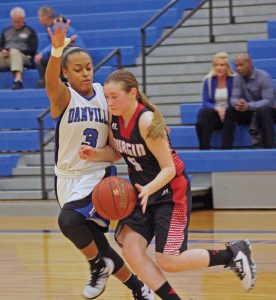 “We knew it was a game we should win, and we wanted to work on a lot of little things,” Danville coach Michael Menifee said. “I think we were able to pass a lot tonight, and some things that we’ve probably been missing in other games, we were able to do tonight, like passing the ball inside, and that’s going to be valuable for us goinig into Friday and on down the road.”

Alyvia Walker scored 18 points and Zenoviah Walker and Ivy Turner added 12 points each for Danville, which led 22-0 after one quarter and 36-0 before Summer Mullins scored on a layup to put Burgin on the board with3:46 left in the second quarter.

Most of the Lady Admirals’ baskets came on layups, many of them the result of Burgin turnovers. The Lady Bulldogs turned the ball over 22 times before their first score and 35 times in all.

The Lady Admirals shot 52 percent from the field, while the Lady Bulldogs shot just 22 percent and had 38 fewer attempts. Danville also outrebounded Burgin 38-16, and Zenoviah Walker led the Lady Admirals with eight boards.

Menifee said Danville will face an athletic Somerset team Friday as the Lady Admirals bid for their fifth consecutive All “A” regional title.

“They’re going to be a challenge,” he said. “They’re a little more athletic than they have been in the past, and that’s going to be a little bit of a challenge for us. But I’ve got a lot of confidence in my girls, and if we keep playing the way we we’ve been playing and doing what we’ve been doing and rebounding the basketball, we should have a chance to win on Friday.”