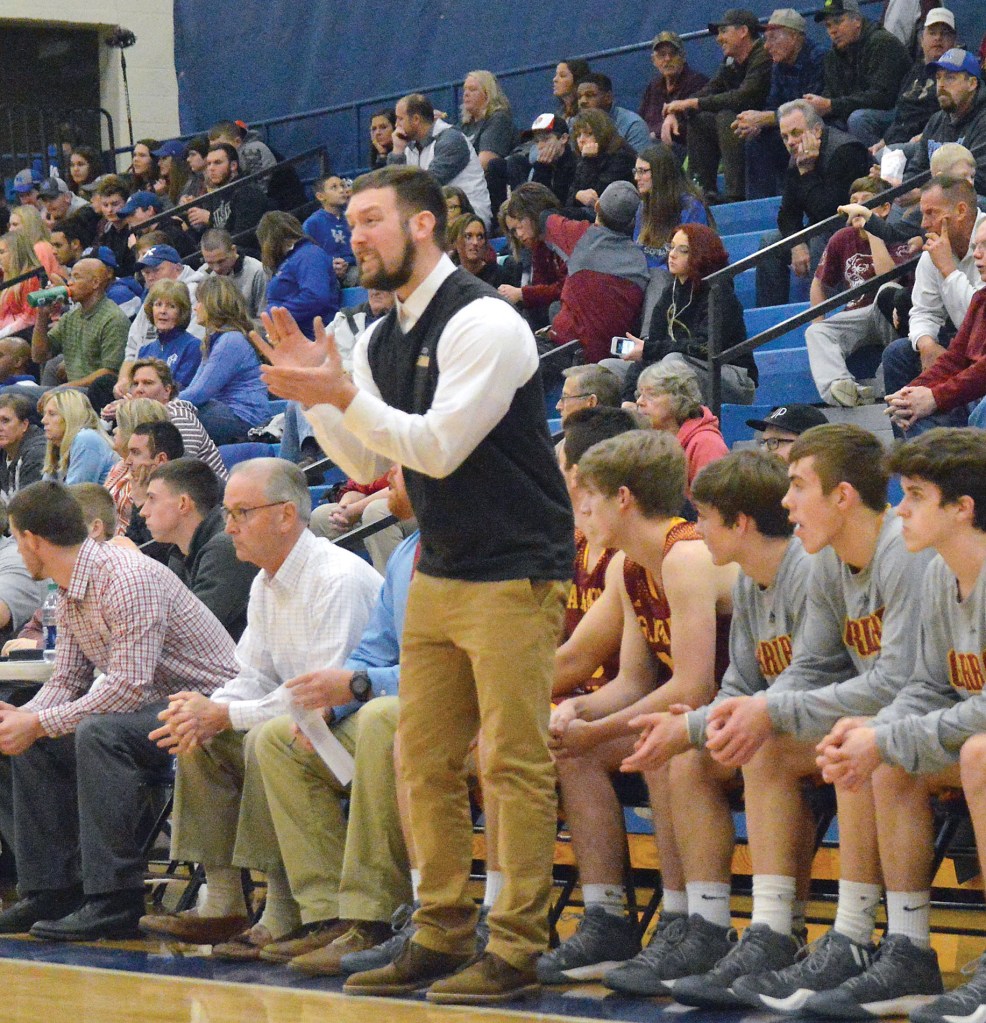 When I was approached about writing an article for The Advocate-Messenger, I was thrilled. At one time in college, I thought about pursuing Sports Journalism and I still frequently read articles from coaches in the basketball profession. My mother is a school teacher, and always stressed the importance of reading and gaining knowledge, so I attempt to read daily.
I brainstormed numerous topics and decided to choose a topic that has been brought up to me several times since I was hired in late June to be the head boys basketball coach for Garrard County High School — How are you going to change the culture?

First off, let me rewind to numerous conversations I had shortly after I was hired. I was making contact to players, parents, friends etc. about my new position, and several people asked me if I was sure I wanted to take this position. To me, I was flabbergasted by these questions. To me, I was getting my dream job.

Yes, I know Garrard County has had seven boys basketball coaches since I graduated from Lincoln County in 2008. But to me, that was irrelevant. I had been a part of successful programs as a player and a coach.

The first hurdle in changing a culture is understanding that the past cannot be changed. The ultimate gift that we have every day is to live in the present and take control of what our future will be.

So back to the original question, how do you change a culture? Within our program, we stress the importance of stability, enthusiasm/effort and preparation.

Throughout a basketball season, there will always be highs and lows. The good teams have the ability to stay even keel, and fight to win each possession. My goal as a new coach this season has been to be consistent for my players on a daily basis. I want my players to know who they’re getting every single day. I want my players to trust that I will be there for them, and fight for them every day. Once that trust is built, teams are able to perform at a higher level.

This is not an easy task, when several of my players have had different voices instructing them over the years; my seniors have had three coaches in four years. We have and will continue to grow in this area.

“When you love what you do, is it really work?” I talk to my players all the time about exhibiting passion on a daily basis. A basketball season is a grind, and it is easy to go through the motions. My coaching staff and I try to stress the importance of not taking practices, games and the moments with your teammates for granted.

I think I’m in a unique position because as a 27-year old, I still have vivid memories of my playing days. I try to stress to my players the need to play and practice with a sense of urgency every day. In reality, we are not promised another day so why would we waste an opportunity to get better?

Quite frequently, I talk to my players about creating a culture that is player driven. Once we create that, my voice will not be the only one that is heard. We will have players taking ownership and accountability for their team. If something is important to you, at the end of the day you will fight like crazy for it.

If we show up to practices and games without a plan, we are short changing our players. We try to prepare our players the best we can so they can play free and with confidence during the games.

However, the difficult part is that games are won in the days of preparation in practice. The learning curve for my players has been to show up with the same intensity — physical and mental — during practice every day. We have made great strides in this area since the season has begun, but still have a long way to go.

Creating a winning culture is a tough process that is built each day brick by brick. We are in the stage of building a great foundation for our program.

Culture is not created by outsider’s expectations, opinions, etc. Culture is created by the young men who lace up their shoes every day and come to practice with a relentless work ethic. Culture is created when a coaching staff exhibits stability to gain trust from their team and push their players to give premium effort on a daily basis. When these things come together, the beauty of sports is supremely on display.

Ryan Young is in his first year as head coach at Garrard County. He had successful playing careers at Lincoln County and Union College. The Golden Lions are 3-14 this year. They play at Lincoln County tonight and at Boyle County on Friday.