He was a retired chief petty officer in the U.S. Navy, who served in the Persian Gulf, as well as a staff sergeant in the Army National Guard. He was employed with MBA USA Inc. at the time of his passing. 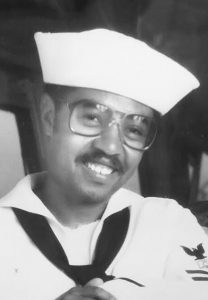 In addition to being a beloved husband and father, his passions included cycling, reading, running and swimming.

Services will be held at Stith Funeral Home, Jan. 19, 2017 at 1 p.m. with burial to follow at Camp Nelson National Cemetery. Visitation will be from 11 a.m. to 1 p.m. prior to the service. Father Norman Fischer of Lexington will preside at the burial. Memorial donations are suggested to the Markey Cancer Foundation. An online guestbook is available at www.stithfuneralhome.net.