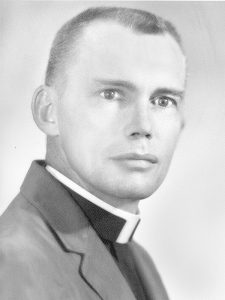 He received an honorary Doctorate of Divinity on May 11, 1984, and served as rector of the Episcopal churches in Pikeville, Beattyville and Danville. He attended St. James Episcopal Church in Pewee Valley.

In lieu of flowers, he asked for memorial contributions to be made to the Cathedral Domain Scholarship Fund (www.cathedraldomain.org/donate).

Online condolences can be made at www.heady-radcliffefuneralhome.com.