Adding to the legacy: Brothers Ryan and Noah Young square off on the hardwood 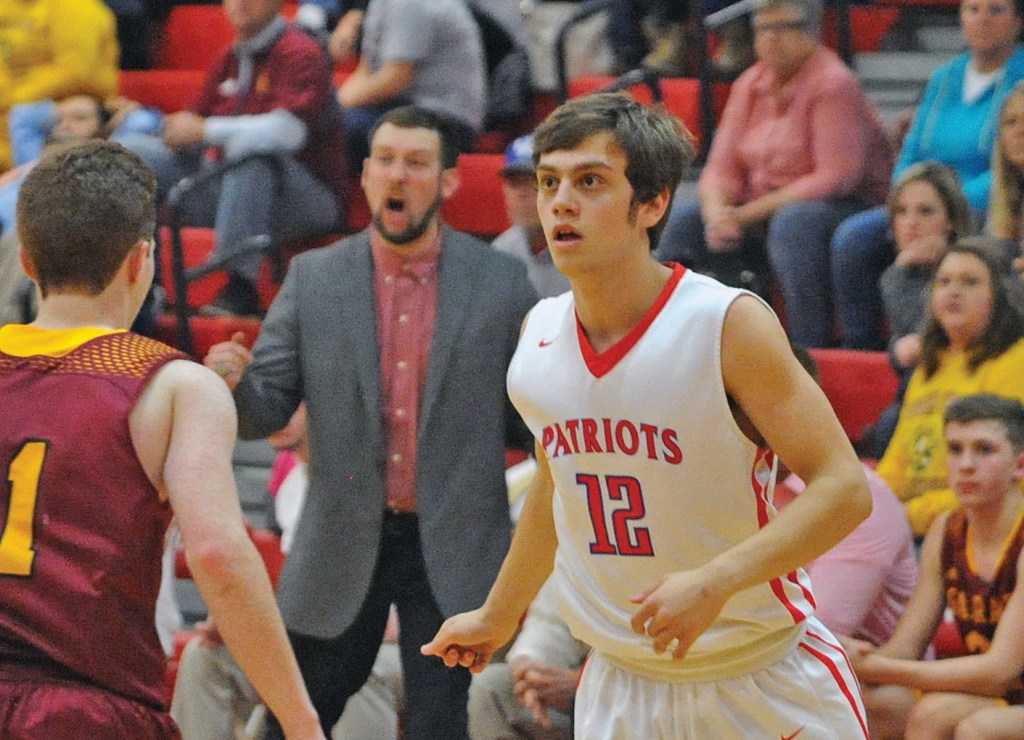 Basketball runs in the Young family.

They have four pictures on the wall in the Lincoln County gymnasium, and the family is looking for a fifth this season. Noah Young, Ryan’s brother, has led Lincoln to a perfect 3-0 start in district play. The Patriots’ most recent district win was Tuesday against Garrard County — a team now coached by Ryan Young.

“It’s special. Not many siblings get a chance to do this,” Noah said after the game. “I would’ve liked to have played with him. It’s the second best thing, playing against him.”

Noah led all scorers with 26 points — despite the Garrard game plan being tailored to slow him down — in the Patriots’ 57-50 victory.

He’s been doing that quite often this season. His average is up to 24.4 points per game and he’s quickly catching Ryan on the all-time scoring chart at Lincoln. Ryan finished with 1,482 career points. Noah is near 1,300 now and should break that mark this season if he keeps his pace.

So, who’s the better player?

“I’ve never played against Noah, but Ryan, it was a long time ago, but he was pretty dang tough,” said Evan Preston, a 2009 graduate of Garrard County.

Preston was on the Golden Lions’ last 20-win basketball team and is now an assistant coach with Ryan.

“The biggest thing though, he’s just like his brother, they’re both the head of the state,” he added. “They’re the leaders on the floor, and everybody in the gym knows it. Ryan, he was their guy. They won the region two years in a row, he was the coach on the floor, and that’s why he’s a great coach now. And I see the same thing in Noah.” 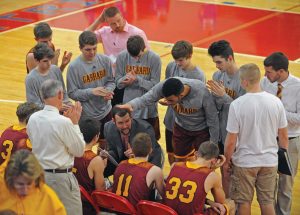 Coaching is difficult, but coaching against your brother is an entirely different beast.

“It’s obviously difficult, not because he’s my brother but just because he’s a really good player,” Ryan said. “For my money, I’d take him over anyone in the state as far as a point guard and what he does for their team.”

Just two days before they squared off on opposite sides, Ryan and Noah were eating a Sunday meal at their parents’ house. Basketball wasn’t really discussed, and after, the two left without really talking about the upcoming game.

At the game, their father Paul wore a Garrard County hat and a Lincoln County shirt.

“I thought it was funny tonight to see my dad in a Garrard County hat, I never thought I’d see the day,” Ryan said. “But I guess he felt like he needed to support me since I was the underdog.”

Both Ryan and Noah praised their father as the man who motivated them to play basketball.

“The big thing with us, our dad has just been super passionate about it,” Ryan said. “I always had a ball in my hands. He was very demanding, too, he expected a lot of things out of us. But we’ve kind of embraced that. I think our competitive drive comes from that, because if we knew we didn’t play up to his standard, we were going to get critiqued.

“… (Noah) has got it a little bit easier than I used to get it, dad has softened up a little bit in his age, and he’s the baby of the family, so mom was always in his corner. But our dad is just a great teacher of the game. I really believe that my dad could have been an awesome coach. He coached me and I see him coaching Noah.”

Noah quite literally grew up in the gym. Ryan said his fourth grade basketball team made a national tournament the year Noah was born. They traveled to Florida to play and finished 11th in the nation.

When Noah was in elementary school at Highland, Ryan was on his region-winning spree.

Ryan went off to college — first to Lindsey Wilson and then to Union College — when Noah was in middle school, and when he came back, Noah joined him in the gym and on The Hill — the steep incline by Lincoln’s football stadium.

“The Hill is pretty rough,” Noah said. “That made me want to throw up a few times. But it was fun, it definitely made me a better basketball player. I got to hang around him, he taught me drills and I’ve kept doing those drills to become a good basketball player.”

Ryan said those “practices” are probably the most he has coached his brother.

“Every time I’d come back home, we’d always be in this gym,” Ryan said. “He’d rebound for me, I’d rebound for him. I kind of showed him the mentality it takes: If you wanted to be a good player, you have to come in here when people aren’t in the stands watching, put in the work so you can come out and perform on game night the way you want to.” 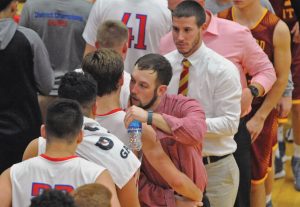 Both player and coach know how much the other has put into the game, and that respect is something that Lincoln coach Jeff Jackson said makes them so special.

“There’s a lot of respect between both of them,” Jackson said. “I know Ryan is proud of Noah, the player he has turned into and how hard he has worked to make himself a good player. I know that Noah is proud of Ryan for the player he was and the job that he’s doing at Garrard. That’s the respect factor and the love factor.

So, who does Jackson think is the better player?

“I’d hate to have to call that one,” he said. “Ryan could do some things getting into the lane and defend. Noah is a better scorer and a better shooter. I’d like to have both of them. Ryan was one of the best that has played here, and Noah is right there with him.

“They’ve got family all over the wall. That’s a good thing. We’re trying to get Noah’s picture up there now.”