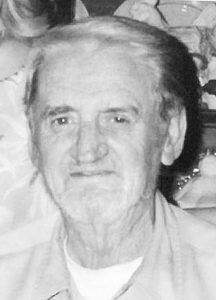 He was a member of Oakwood Baptist Church in Independence, Ky. and loved his church, yard work and making sure the wood was in.

He was preceded in death by four brothers and a sister.

The funeral service will be held at 1 p.m., Friday at Stith Funeral Home in Danville. Rev. Brent Rowe will officiate. Visitation will be from 11 a.m. to 1 p.m. prior to the service. Interment will be in Bellevue Cemetery.