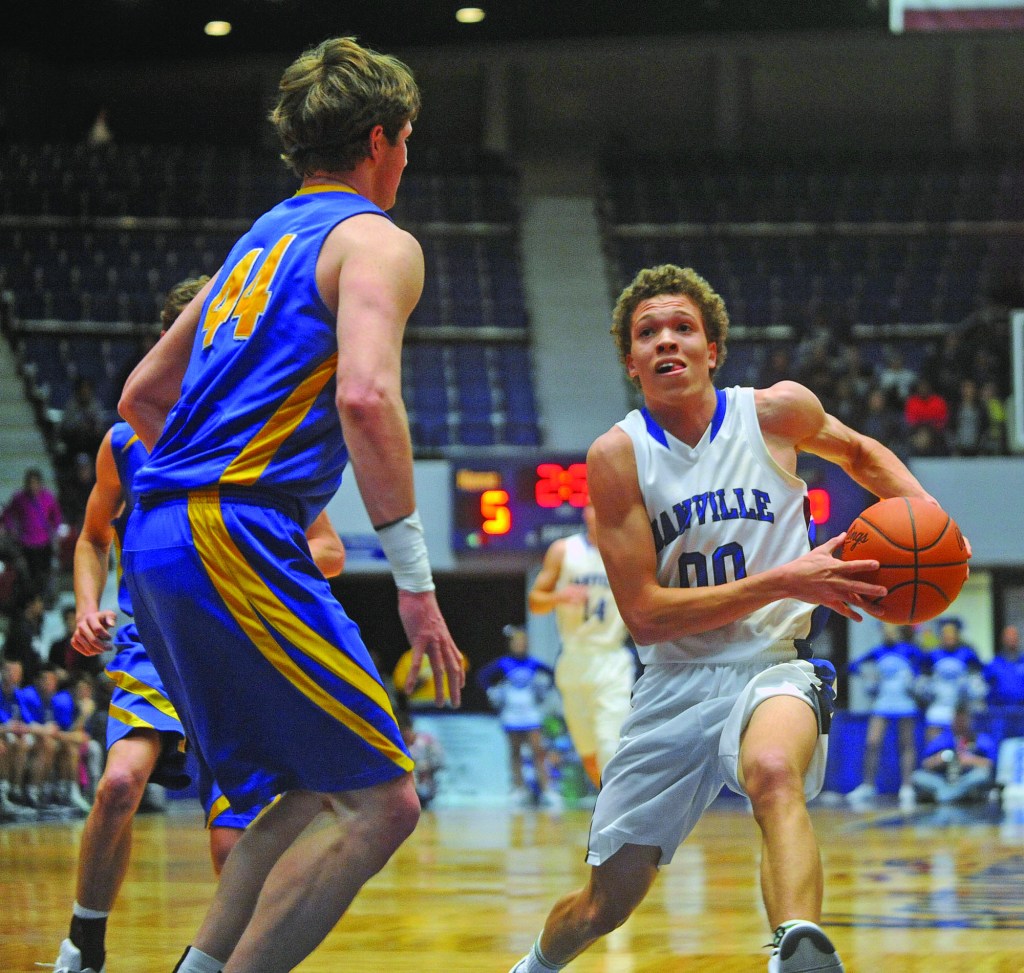 Matt Overing/movering@centralkynews.com Jared Southerland makes a move around Newport Central Catholic's Ben Weyer (44) during the first quarter of a game in the 2016 All-A tournament. Southerland finished with seven points and a team-high eight rebounds.

The Jumpers have won four straight games, outscoring those opponents by 24 points per game. … Makaila Wilson has put up 21.25 points and 8.0 rebounds per game in the winning streak, and Carleigh Wilson is adding 12 ppg and 7.5 rpg.

The Jumpers are on a four-game winning streak, beating their opponents by 13 points during the streak. … Trae Harmon averages 12.9 points and 8.9 rebounds. … Kross Grundy leads the Jumpers with 14.9 points per game. … Kade Grundy is hitting 53.2 percent of his 3-point attempts (25-of-47).

The Ads have won two straight games, breaking a five-game losing streak. Jared Southerland and Zach Thornton have combined to score 41 points in the last two games, making 52.2 percent from the field. … Southerland’s 16.8 ppg leads the Ads this season.

Last time out, the Rebels beat Owensboro Catholic, with Emmie Harris scoring 31 points to lead the way. The senior made 12-of-17 2-point attempts. … Harris is averaging 25.0 ppg this season. … Four players scored in double figures during this season’s first meeting, with Harris’ 15 points tops on the team.

In their first meeting this year, the Rebels made 51.1 percent from the field, 55.6 percent from 3-point range, and they hit 21-of-27 field goals. … The trio of Bryce Slone, Jason Alexander and Reese Smith are averaging between 14.25 and 15 points each over the last four games.

Dalton Bruner led four Colts in double figures with 21 points during this season’s first meeting. … The Colts have lost three straight games. … Isian Okesson leads the Colts with 17.9 ppg. … Okesson has made 41-of-123 3-pointers for 41.5 percent.

The Titans are on a five-game winning streak. Trevon Faulkner is averaging nearly 30 ppg during that streak, with Rhyan Lanham and Garrett Dean also averaging double figure points. … Faulkner is second in the area with 23.2 ppg. … Taking a look further back, the Titans have won nine of their last 10 games.