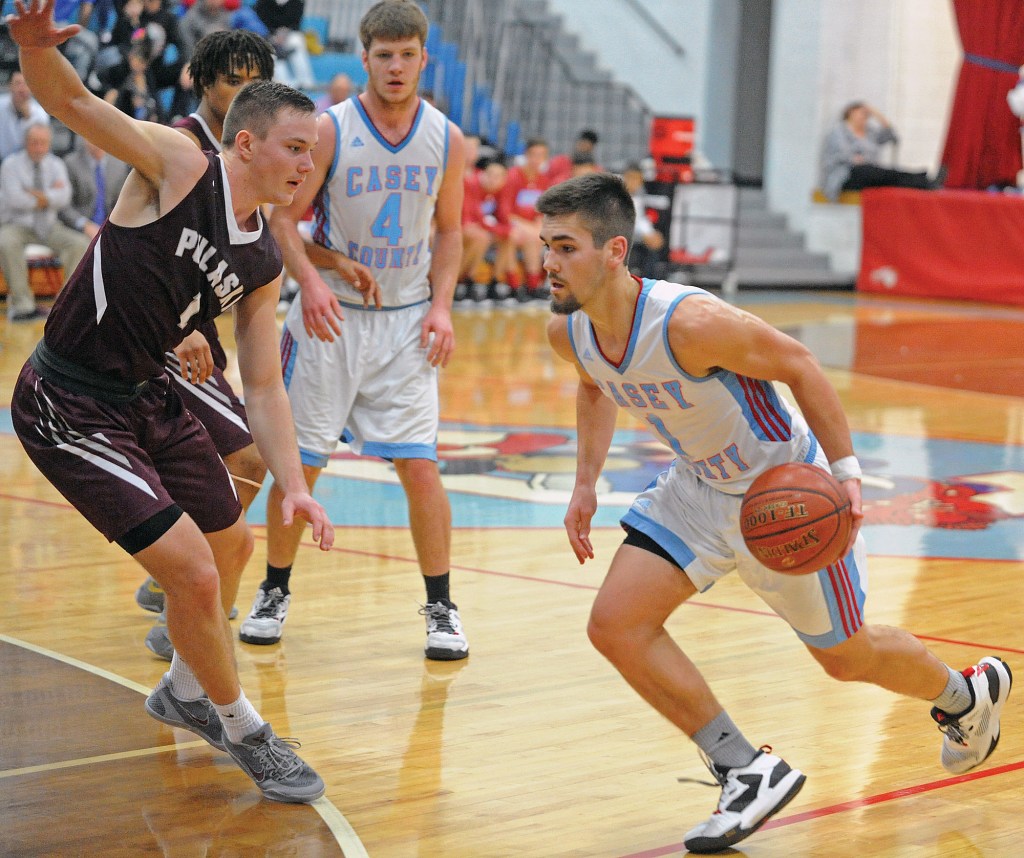 But the Rebels didn’t have quite enough firepower to keep up with the Maroons, falling 89-77 in a boys basketball matchup.

Both teams scored 21 points in the first quarter, but it was the second frame that Casey’s offense struggled to find a basket, scoring just 10 points to Pulaski’s 20.

“I’m proud of our guys, we came out and competed. We had a little lull in the second quarter and that came back to bite us,” Casey coach Jason Price said. “But we kept fighting. We’re not real deep and in that fourth quarter, we came out and pressed and fought. I know they were spent but I’m proud of my team.”

Casey senior Jake Smith led all scorers with 17 points at halftime and 31 points for the game. He hit five 3-pointers.

“He’s been playing really well lately, we put a lot of scoring responsibility on him, we need him every night,” Price said. “He steps up to the plate, even though I know they’re focusing on him. He’s just a top-notch high school player and he’s showing that for us.”

Pulaski County (15-4, 3-1) had a balanced scoresheet — Trevon Sylvester had 23 points, Steven Fitzgerald had 21, Danny Butt and Landon Powell each had 15 points.

Casey’s district slate is completed, with the Rebels finishing 3-3. The Rebels beat Somerset twice and split with Rockcastle County.

“A lot of the guys we count on stepped up tonight,” Price said. “I wish I could grow a couple of my kids, but I can’t. They’ve got a lot of heart. Colby Brown and Chance McQueary come in and battle, and I know they’re going to give 100 percent effort all the time.” 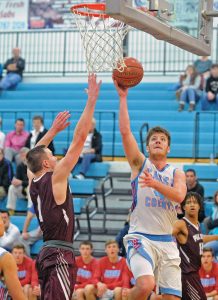 More notably, Price said he needs his players to battle with Breece Hayes on the glass.

“We’ve got to get more help on the glass for Breece because he’s going in there every play,” the coach said. “He’s a warrior for us. His shoulder came out (tonight), and I saw it pop out and I saw him pop it back in and he goes, ‘I’m good.’”

“He is so hard to handle getting to the rim,” Price said of Miller. “I feel like that’s how each night he has to make his game, getting to the rim. That opens everything else up. We put him in some high ball screen situations and he made some good decisions for us tonight.”

Casey will host Perry County Central on Saturday before a five-game road trip.