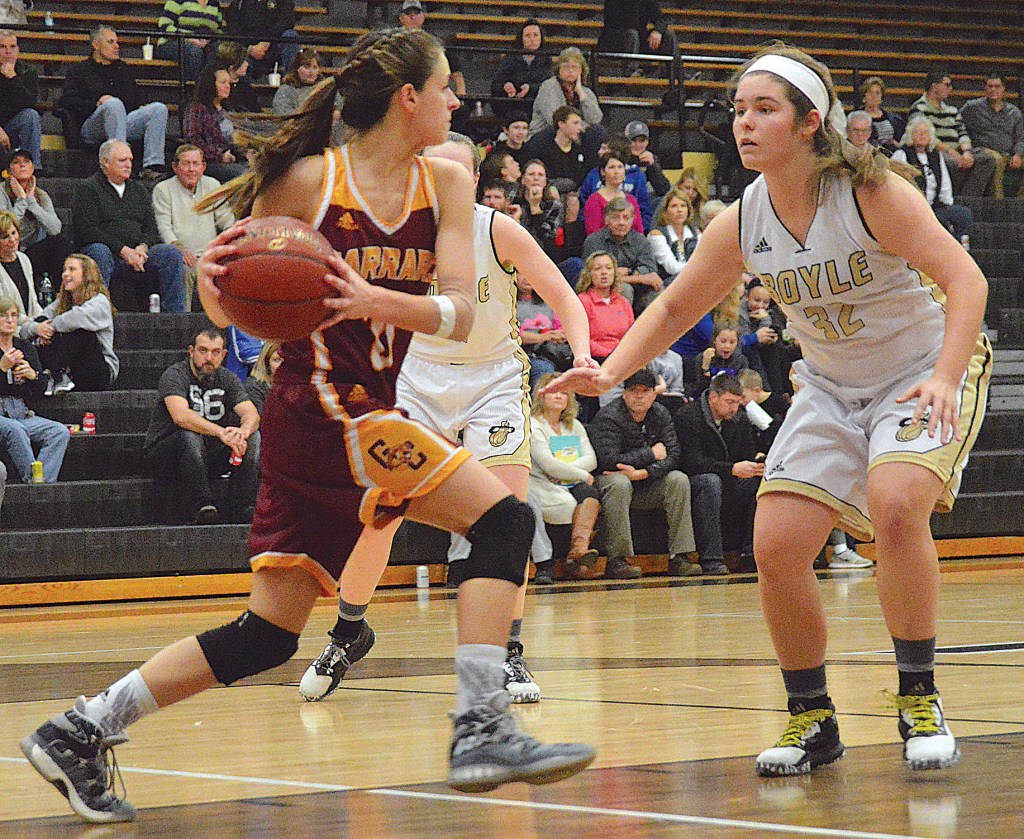 The effects of the Presidential Inauguration have already reached Boyle County.

Emmie Harris, one of the state’s leading scorers and cornerstone of the Boyle girls basketball team, was in Washington D.C. on Friday for the historic event.

Meanwhile, the Rebels hosted Garrard County in a 45th District matchup. Harris’ absence was noticeable and the Golden Lions took advantage, winning their first district game of the season 50-45 at Rebel Arena.

Boyle coach Greg Edwards prepared his team as best as could be expected to play without Harris, having her practice with the junior varsity team this week. But Edwards said some of his players tried to do too much and make up for Harris’ absence.

“Obviously you’re not going to be able to compensate for what Emmie does for us, because that’s invaluable,” Edwards said. “I think some of our players tried too hard to pick some of the slack up. They tried to do things they weren’t accustomed to doing.”

Harris wasn’t the only starter missing from Friday’s game, with Garrard senior Sis Logan also in Washington D.C. However, the Lions didn’t struggle without one of their leading scorers, thanks to the play of Neek Hocker, who had five of her 11 points in the fourth quarter. 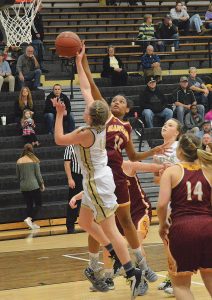 “She was excited before the day started, and that makes a big difference,” Garrard coach Scott Latham said. “She was ready to play this game. It allowed her to move more freely in the post. She pretty much had it all to herself.”

Sam Adams led Garrard with 16 points, with four 3-pointers, and Maddy Day had 13. A few weeks ago, Latham pulled those two players aside, and since then, they’ve been staying after practice for more work and to put up extra shots.

“I met with those two a couple of weeks ago, said this is where we’ve got to have you, and they’ve been putting in extra work after practice,” Latham said. “Getting in an extra 150 to 200 shots after practice a couple times a week makes a huge difference.”

Friday’s game was close throughout and Garrard led 34-33 heading into the fourth quarter. Midway through the quarter, Adams drilled a 3 to give the Lions the lead for good at 39-36. All told, the Lions went on an 8-0 run, with Hocker scoring four points in the spurt.

The Lions would have put the game away easier if not for their struggles at the free throw line, going 9-of-17 in the final four minutes of the game.

“We’re taking time out of practice, 30 minutes a day out of practice, we’ve got to start making them,” Latham said. “We’ve got a game again (Saturday), I told them we’re shooting free throws before we get on the bus.”

Gracie Edmiston had 14 points to lead Boyle, which will again be without Harris when it travels to McCreary Central tonight. Makayla Baker added 12 points for the Rebels.