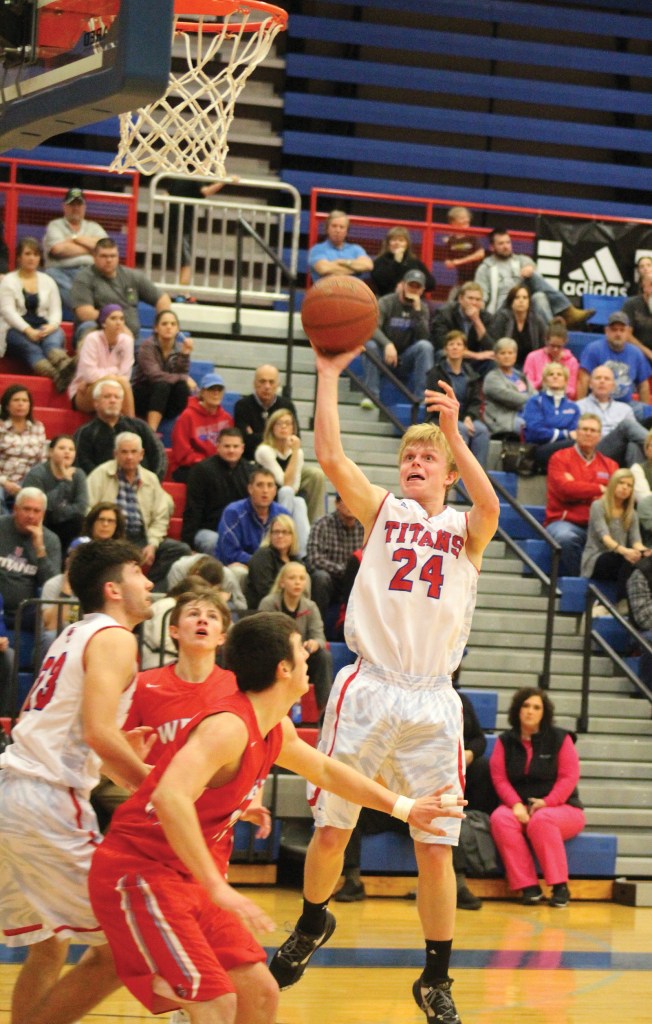 HARRODSBURG — The Mercer County boys got away with their mistakes and got a big district win. Their coach hopes they learned a little something from their close call as well.

Mercer saw almost all of a 19-point lead slip away before fighting off West Jessamine in the fourth quarter for a 74-64 victory Friday night.

The host Titans survived a mistake-filled second half to extend their winning streak to six games. They scored 10 straight points to regain control of the game after the Colts had pulled within one early in the final period.

However, the Titans made only one of nine shots from the field and committed eight turnovers in the third quarter while West Jessamine (8-11, 2-1) came roaring back, and they committed 15 of their 20 turnovers in the second half.

The Titans turned the ball over eight times in the third quarter and committed 15 of their 20 turnovers in the second half, and Young said it’s imperative that they reduce their unforced errors.

“That’s something that we have to improve on,” he said. “We talked about how, yeah, it’s great to win this game, but our goal is to compete (for) and win a state championship, and those turnovers aren’t going to get that done.” 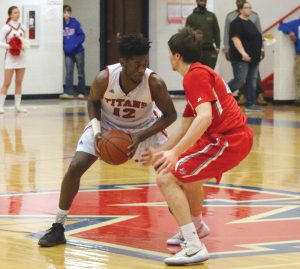 Despite its shortcomings, Mercer was able to avenge a 72-70 loss to West Jessamine in the teams’ first meeting of the season Dec. 16 in Nicholasville.

“We knew it was going to be a tough game,” Young said. “It was really for first place in the district, which is a big deal. And there’s a revenge factor there. Some coaches hide from it, but you’re a competitor and you want to come back and beat whoever beat you, just like they’re going to want to do the exact same thing to us when we see them the next time.”

Mercer got 15 points from Faulkner in the first quarter as it began to pull away, and the Titans opened their largest lead at 27-8 early in the second with a 3-point goal by Lanham and a layup by Aaron Johnson on consecutive trips.

West Jessamine stopped the bleeding with a 13-2 run in which six different players scored, but the Colts had their own troubles with turnovers, committing four in a row after that run. They still trailed 38-24 at halftime and 45-28 less than three minutes into the second half.

That’s when the Titans went cold. They were shut out for nearly five minutes and were held without a field goal for 8:41. Carson Bruner scored six points and Isaiah Okesson had five in a 14-0 run that allowed West Jessamine to cut Mercer’s lead to three, and Bruner’s jumper in the first minute of the fourth quarter pulled the Colts to within 48-47.

“I thought we settled for jump shots … because we didn’t want to get to the rim, and I thought we played a little bit tired at times, which we’ve got to fight through,” Young said. “The great thing is, I think early in the year we would’ve lost that game.”

Instead, Mercer made it 10 wins in its last 11 games and handed West Jessamine its fourth straight loss after scoring 10 straight points, including five by Lanham, and 15 of 18 to stretch its lead to 63-50 with 3:38 remaining.

The Titans finished off the Colts at the free-throw line, where they were 7 for 8 in the final three minutes and 27 for 31 overall.

Faulkner was able to get to the foul line often, scoring all 13 of his second-half points there and making 21 of 24 free throws overall.

He is shooting 86.7 percent on the season from the stripe, and he is averaging 31 points over his last five games and 23.7 on the season.

Mercer shot 45 percent overall from the field, while West Jessamine shot 40 percent. The Titans held a 34-22 edge in rebounds.

Bruner led West Jessamine with 19 points – he had 15 of them in the second half – while Okesson had 17 and Skyler Cannady added 14.

Mercer returns to the court less than 19 hours after this game to face Muhlenberg County on Saturday at East Jessamine.

“We’ve got to come back. Tomorrow’s going to be a heck of a challenge for us,” Young said. “Our guys were in a war tonight, and they’re going to feel the effects of a very physical game tonight, and we’re going to see how mentally tough we are.”