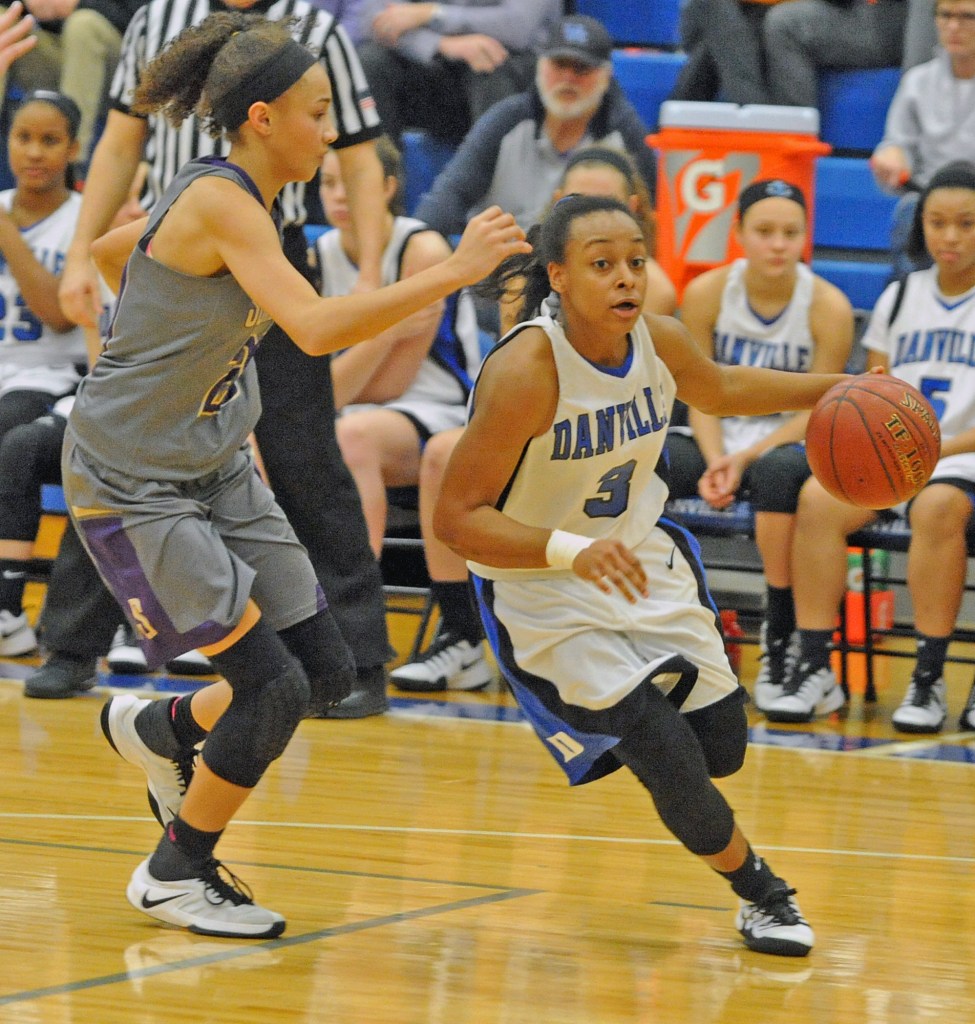 The Admirals have won eight straight games, capped by Friday’s 64-46 victory over Somerset in the 12th Region All-A championship.

But the Ads weren’t rolling at the start of Friday’s game, plodding to a 13-10 lead after one quarter. Danville coach Michael Menifee said Friday could have been a trap game for his team.

“It was something that I was worried about coming into this game,” he said. “Over the last couple of weeks we’ve had some big wins, and we had a whole lot of outside distractions. Although it hasn’t been anything negative, it’s been positive, but it can wear on a team, it doesn’t matter how good you are, it wears on people. I knew it was slowly wearing on us, we didn’t have a great day of practice yesterday.

“All I wanted them to do was wake up and play hard. The other stuff would come, the shots not falling and all that, it’s going to come, if we just play hard. I knew we could play harder than them and get what we wanted. It’s one of those games that is a scary game on the back end of being 3-0 in the district, playing pretty solid basketball. It was a let-down game, but like I keep telling them, ‘shots may not fall, but as long as effort and intensity is there, good things can continue to happen.’ It showed in the second half with us.”

Danville led 27-19 at halftime thanks to Zenoviah Walker’s team-high 13 points. She finished with a team-high 19 points.

Walker’s contributions on defense were what stood out to her coach. Menifee said she’s been a lock-down defender on some of the top players in the district, and that continued Friday.

“Zenoviah, over the last six-seven games that we’ve won, I’ve put her on the team’s best player,” Menifee said. “We held Emma King to (10) points, we held Emmie (Harris) to seven in the first half, Maddy Day we held to single digits. Tonight, (Makaila) Wilson had six points. That’s a tribute to Zenoviah, her heart in the first half kept us in the game and gave us a little bit of rhythm when we didn’t have a lot of rhythm. She’s been solid over the last few games.”

Wilson was averaging 19.8 points per game entering the contest. She didn’t score until the second quarter.

Danville’s leading scorer, Ivy Turner, didn’t have her best game — she finished with 13 points. But her teammates stepped up.

Danville’s eighth win in a row was also the Ads’ fifth-straight All-A region title. That’s something that Menifee and his team targeted at the start of the season.

“That’s what we talked about, our goals coming in,” he said. “I don’t know what the results are in, but it looks like we’ll play a very solid Murray team. I’m ready for it, I know the girls are. We talked about it all year: We’re not the biggest team, but we’ll play anybody and we’ll give our best effort and we’ll let the chips fall where they may. That’s why we played the Dunbar, Henry Clay, Mercer County, Clark County, Ryle, is to prepare us for this point, the district and the region.”