As tens of thousands prepare to march on Washington, locals give their reasons for joining the Women’s March movement 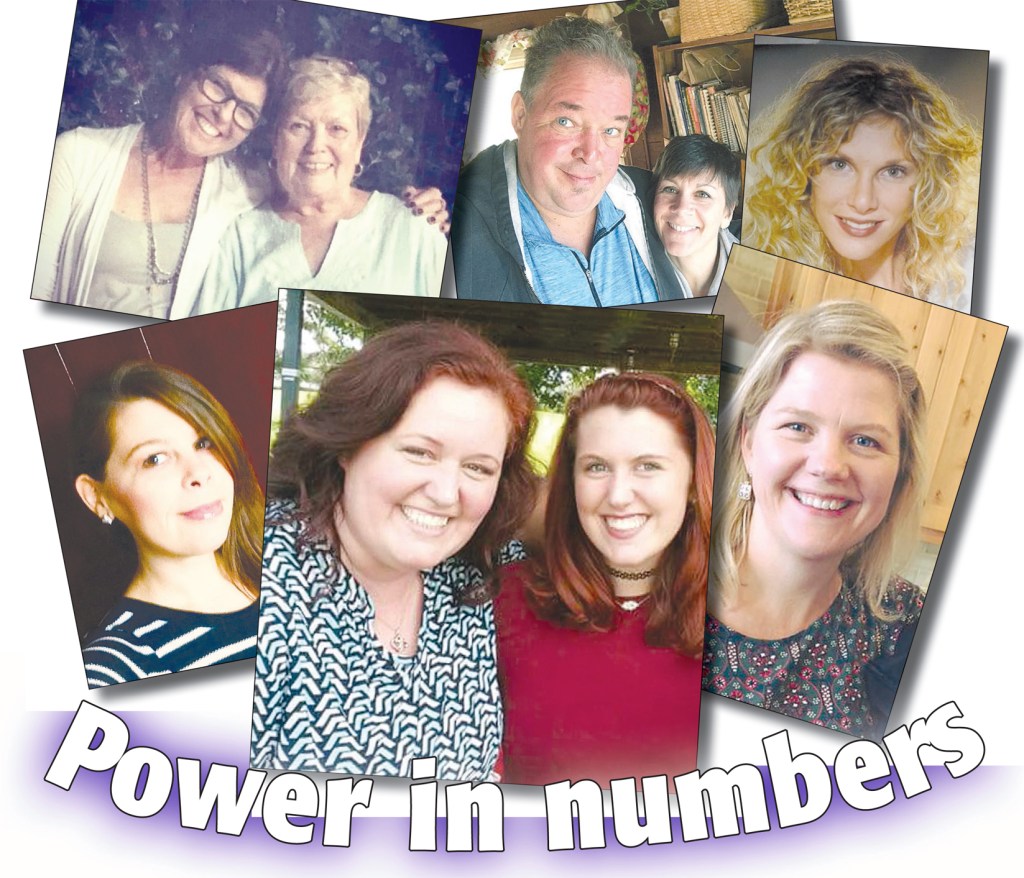 At the time this article went to press, approximately 200,000 are expected to show up in Washington, D.C. today (Saturday, Jan. 21) — a movement named The Women’s March on Washington. This could be the biggest grass roots effort ever mobilized on any incoming president’s first day in office, and reports say the amount of those participating may outnumber participants for the inauguration itself. Affiliated marches will take place in different cities all over the country.

It all came together out of a suggestion; a retired attorney and grandmother made a Facebook comment saying women should march on Washington. More than 100,000 people agreed.

Around the same time, a woman raised money to support Planned Parenthood by selling “Nasty Woman” and “Bad Hombre” T-shirts (infamous phrases by the president-elect). Soon after, the women joined efforts, along with many others.

When I put calls out on social media to find locals who were attending the march or subsequent marches in other cities, I received interesting correspondence. Some tasteless jokes, and the unsurprising political vitriol that’s so common online these days.

The most perplexing comments I received, both from people I know and those I didn’t, were based on what others perceive as “adults acting immature.” Some asked, “Why can’t people just get over it, it’s done.”

Whatever your political beliefs are, there is undoubtedly power in numbers, and power in those numbers’ voices when they are heard.

Instead of editorializing, I will simply restate what the organizers of the movement have said; it’s their explanation, an answer to those questions — which I also got — of “What are you marching for?”

It’s not just about women’s rights. Here’s what they have to say:

“The Women’s March on Washington will send a bold message to our new government on their first day in office, and to the world that women’s rights are human rights. We stand together, recognizing that defending the most marginalized among us is defending all of us.

We support the advocacy and resistance movements that reflect our multiple and intersecting identities. We call on all defenders of human rights to join us. This march is the first step toward unifying our communities, grounded in new relationships, to create change from the grassroots level up. We will not rest until women have parity and equity at all levels of leadership in society. We work peacefully while recognizing there is no true peace without justice and equity for all.”

Taken from womensmarch.com, the explanation goes on to outline several “guiding” and “unity principles,” including why using educated voices as opposed to violence will be the only way to make a difference.

Here are some local people who have decided to march on Washington and their reasons why.

“I’m Callie Minks, 41, of Danville. I’m a wife, mother, daughter and follower of Jesus Christ, who stood on the side of women, children, the poor, sick, disabled and outsiders who had no power or voice. And so, by his example, I will march in support of those marginalized in our own society. 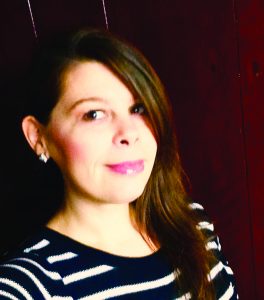 “According to RAINN (Rape Abuse & Incest National Network), one in six women will be a victim of rape, or its attempt, at some point in her lifetime. Yet, 6 in 1,000 perpetrators will ever be imprisoned for the crime. Last year, Brock Turner was convicted of three counts of felony sexual assault of a woman behind a dumpster near his frat house. He sent pictures to his friends. The judge, who is an elected official, sentenced Turner to just six months of a potential 14 years. He served three months.

“There’s nothing political about this — it’s just wrong on every level.  So, I will march in solidarity for victims of sexual violence who suffer in silence and for those who were brave enough to come forward to only be let down by our judicial system.

Women generally earn 80 cents for every $1 that a man earns for doing the same work. Meanwhile, we are charged more, commonly called an ‘ink tax’ for many goods and services, including health insurance premiums.

“True to my Libra nature, I am overly sensitive to what is fair and unfair, and so I march for equitable pay in the work force and the closing of the gender wage gap. It is both a right and responsibility for American citizens to speak out against injustice. It is easier to become preoccupied with other things; to not get involved; to sit quietly like a good girl. That’s never really been my strong suit.”

“My name is Nicole Harmon, 50. I live in Danville, and work at an insurance company in Lexington as a provider data specialist. I’m walking in the Atlanta march because so many of our elected leaders seem to want to take us backwards, which means we citizens lose rights and momentum that has been hard won. 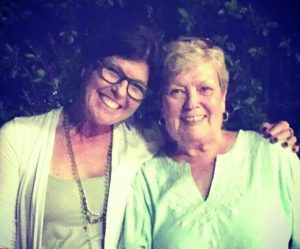 “I’m also walking for my mother, Judy Harmon, because she is  one of the many pioneers before us, and feels as strongly about this as I do. It’s the American Way — to be seen and heard in a peaceful way. So, with large marches across the country, our leaders would be wise to take notice. If such large numbers are ignored, our next step will be to push back in future elections and vote them out of office.

“Many social justice issues are also facing our country and I would hope that our elected officials will focus on them.  In the richest nation in the world, many still are homeless, hungry, uneducated, jobless and discriminated against.

“So many things in our country need attention and comprehensive legislation.  Our economy is struggling; we need invigorating new job development, new production and use of energy, reform of current voting, immigration and tax laws.”

“My name is Jennifer House, age 41. I’m in finance and live in Atlanta. I’m going to the march in Washington, D.C., Saturday. I grew up on a working farm in central Kentucky with a father who taught high school history and a mother with a degree in nursing. 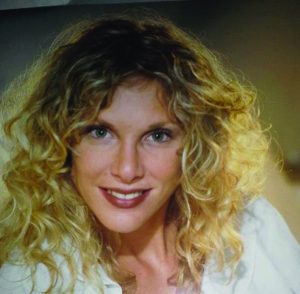 “Although my father was very conservative, he placed education as the No. 1 priority in our household. I am going to this march because I fear that we are in a very disturbing situation and this is due to the lack of education. I view this time in history as a lethal threat to our democracy as we know it. I feel that severe, widespread ignorance is most certainly the cause of this newly elected administration.

“I am going to get on a bus this Friday night and ride all night to let my voice be heard. I could write a book on the many reasons I am going to this protest, but it all boils down to two things: the lack of a quality education and for some, a lack of outside exposure. At the end of the day I will be satisfied, because I walked the talk.

“My name is Toni Patton, 39, and my daughter’s name is Sarah Taylor, 19. We are from Danville. I have a salon in my basement that I work as a hairdresser out of. Sarah attends Eastern Kentucky University and majors in political science and minors in American Sign Language. I’m married with three children who are 22 (son), 19 (daughter) and 13 (son). 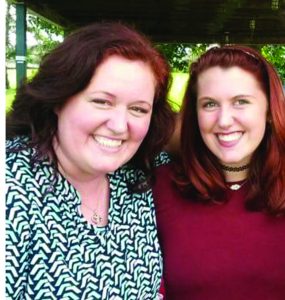 “Sarah and I are going to the Women’s march in Washington, D.C. We’re leaving on a charter bus Friday night at 10 p.m. and traveling over 500 miles and coming back Saturday night. I’m going to the march to help bring awareness of the lack of equality for all.

“Some of the laws passed even in Kentucky this year have affected our family, such as the ‘right to work act,’ which dropped my husband’s pay dramatically. He’s a construction worker and the scale pay for the road work has dropped two-thirds, so some of the jobs he’s on (where) he was making $30 an hour have dropped to $10 an hour.

“Another law that passed is pregnant women are forced to have an ultrasound before an abortion to deter them. I had an abortion years ago because I was an addict and I had no place to live and the baby could have had birth defects. I had enough guilt without someone else telling me what a bad person I am. I have been clean 14 years and still believe I made a good decision to abort the baby.

“I have one biracial child and a black husband; rights for African-Americans are important to me. I also have a gay family member, who has a long-term relationship and two adopted children, who struggles with insurance and financial issues that a straight couple do not have, like joint insurance and adoption problems —  gay rights are also important to me.

“My daughter says she wants to be there so she can be surrounded by strong women with the same purpose. To sum it all up, I am marching because I just want everyone to be treated like the wonderful unique diverse human beings we are.” 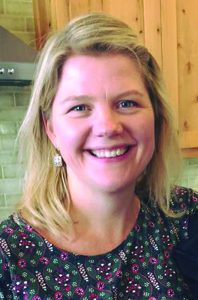 “My name is Blossom Brosi of Danville. I am a high school English teacher, a mom of three and a wife. I am going to the Women’s March on Washington because I know it is my responsibility as a citizen to work to create the society I wish to live in. I want women to be able to raise their children and nurture their families in safe and healthy communities. I hope the march raises awareness of many issues including civil rights, pay equity, reproductive freedom, environmental protection and access to health care.”

“I’m Sue Leathers, 50, an English teacher at Casey County High School and live in Middleburg. I’m going to the march in Lexington because it’s the one way to be heard, to demonstrate my concern for women’s and minorities’ issues that don’t seem to be of concern for the incoming leadership. And I’m going to use my First Amendment rights because I fear they are under attack.” 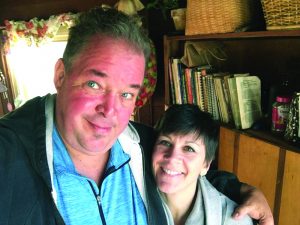 “I’m Todd Kleffman, 57, a former reporter and editor at The Advocate-Messenger, live in Middleburg in Casey County and am going to the march in Lexington. I grew up in a family that often voiced concerns through protests, but as an adult I have usually been too lazy and unmotivated to do on my own. Trump’s behavior and attitude toward women alone is enough to spur me forward now, but I find him to be offensive and downright dangerous on so many levels, I’ve lost count. The protest is a way to do something more than make righteous Facebook posts. It is a way to stand with, to connect with others willing to rise up against a clear and present danger to the America that’s in my heart.”