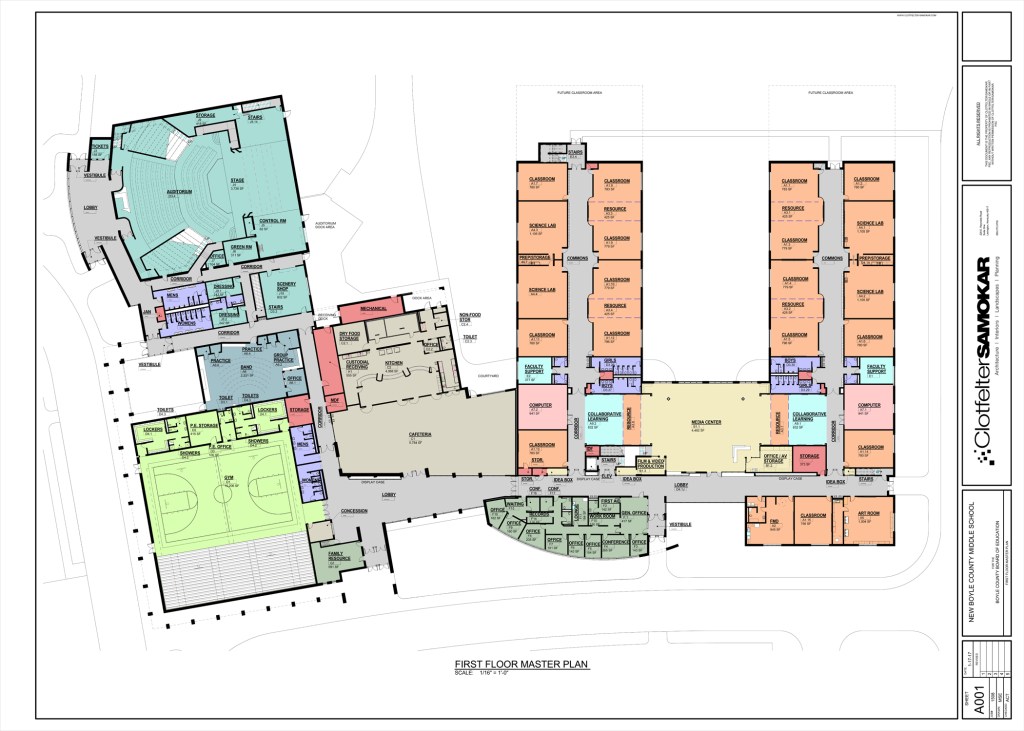 The Boyle County Board of Education approved a new schematic design plan for the new Boyle County Middle School On Thursday, after changes were made to the original designs.

While the overall structure of the building remains the same, the inside has undergone changes from the previous plans, the board learned during a working session on Tuesday, in a presentation from Tony Thomas, with Klotfelter Samokar, architect on the project.

The media center has witnessed many small changes from the earlier design, they explained.

“We’re pretty excited about the changes there, and it’s all from feedback we’ve gotten,” said Superintendent Mike LaFavers.

• moving science classrooms, two per each wing, situating them next door to one another;

• large mathematics and language arts rooms for each grade will be intrinsic spaces, with tables, comfortable chairs, and a “genius bar” for teachers to pull students aside;

• a room, larger than previously depicted, for the family resource center, just off from the gymnasium with its own controlled entrance; and

• a large multi-purpose room in the eighth grade wing that could be used as a choral room, dance space, and more. 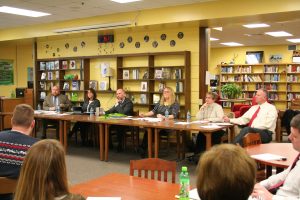 Kendra Peek/kendra.peek@amnews.com
Jennifer Newby was appointed the Boyle County Board of Education chairperson during Thursday’s meeting.

Decisions regarding the performing arts center have not been made yet, LaFavers said, because they are still determining what they will be able to do — a nice auditorium can be completed for $4 million, a performing arts center for $6, or the dream center for $9 million. Something to that extent could include a fly loft and and a basement with dressing rooms, storage areas and a movable orchestra pit.

Board member Steve Tamme agreed, stating that they wanted to ensure students could have every opportunity possible, but also within reason.

• Approved a bid for geotechnical services for the new middle school.

• Voted to name Jennifer Newby as chairperson and Julie Jones as vice-chairperson.

• Heard from Pam Tamme and Judy Ellis regarding the district’s yearly wellness report.

• Heard from Chris Holderman regarding the district attendance rate, which is at 96.25.

• Approved the draft budget for the 2017-2018 school year, which LaFavers called a “roll-over” from last year.

The approval is required at this time in the school year, he said, and the district won’t really begin planning until later in the year.

This, he said, just gets the board thinking about the budget.