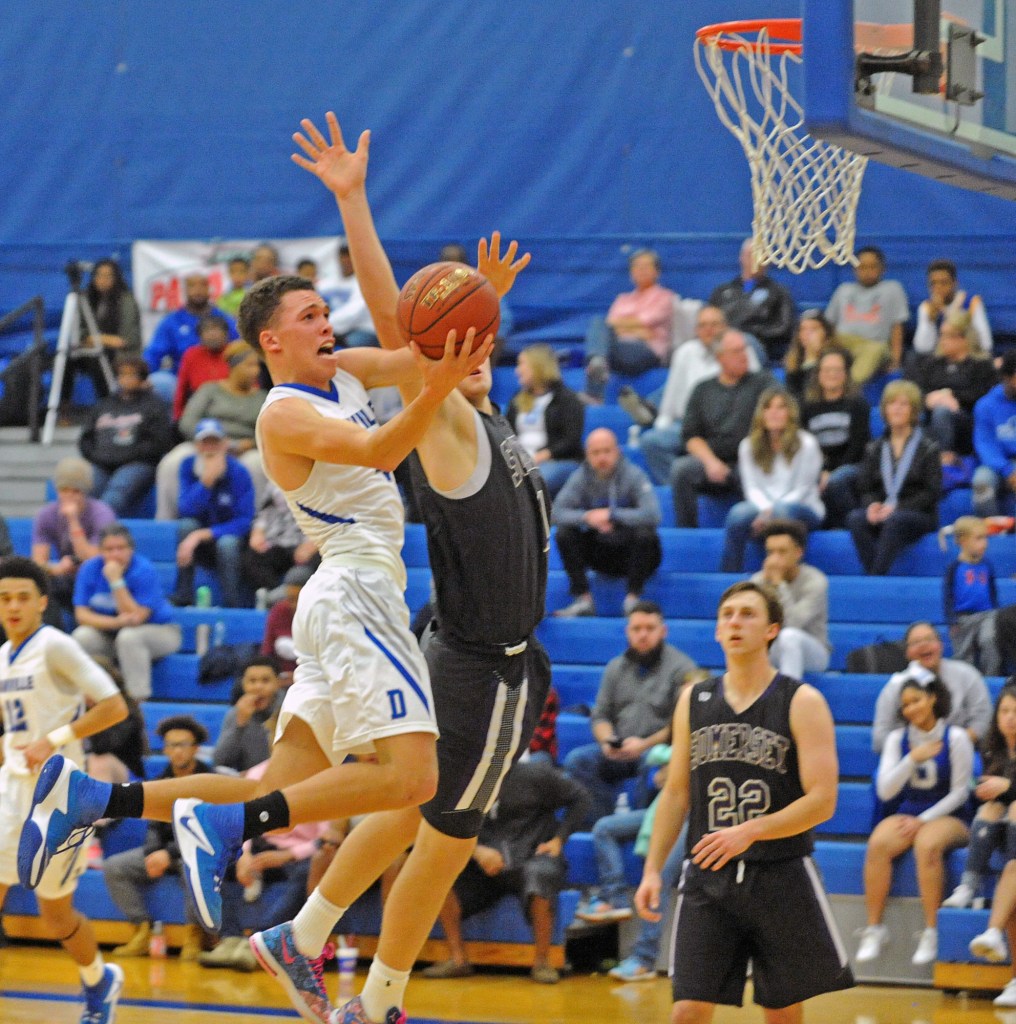 Danville coach Ed McKinney said the difference was defense. He praised Zach Thornton for his defensive work faceguarding Kross Grundy. He entered the game averaging 14.9 points per game and scored eight, just two coming in the first half.

“Zach did a good job on their leading scorer,” McKinney said. “I thought we were all good defensively. If we can just learn to play without the foul, we can be a really good defensive team.”

Kade Grundy scored 14 points to lead Somerset. No other player was in double figures.

The Admirals, on the other hand, had three in double figures. DeShaud St. Martin scored 11 points in the first quarter, hitting his first three 3-point shots.

Danville’s long-range baskets early — the Ads had five in the first half — opened up driving lanes in the second. The perimeter players feasted, scoring 17 points in the third quarter as Somerset’s offense struggled, scoring just six.

“We talked about driving it against their zone, and we’ve got to do that,” McKinney said. “But it helps when you shoot the ball in, those lanes open.”

David Walker had seven points in the third quarter and finished with 11. Jared Southerland led Danville with 20 points, 14 coming in the second half.

“Jared was really active, Tanner was good, David and ‘Shaud shot the 3,” McKinney said. “It was comprehensive.”

Danville will travel to Frankfort to play in the All-A state tournament next week.

“We just had fun. We had a fun night,” McKinney said. “Somerset’s a good team, it’s a good rivalry. We’re excited to get back to Frankfort, we like going, it’s a big-time tournament atmosphere.”