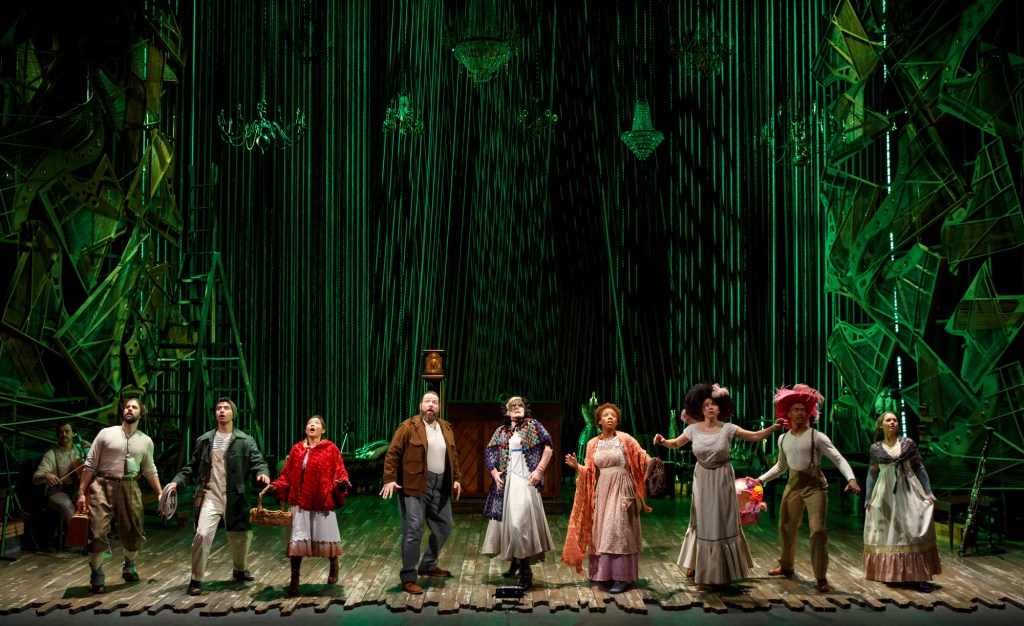 Centre College’s Norton Center for the Arts presents “Into the Woods,” the smash-hit musical that blends together five classic Grimms’ fairy tales with an original story of a childless Baker and his Wife, their conflict with a witch who has placed a curse on them, and their interactions with other storybook characters during their journey. The show features the stories of Cinderella, Rapunzel, Little Red Riding Hood, and Jack the Beanstalk, and explores what happens after “happily ever after.” The national tour of Into the Woods, makes its Kentucky debut at the Norton Center on February 9, 2017 at 7:30 PM on the Newlin Hall stage.

Unanimously acclaimed and extended twice at Roundabout Theatre, the Tony Award-winning musical classic by Stephen Sondheim and James Lapine is a wild and witty theatrical reinvention that has been mounted with boundless imagination.

“This production was a critical and audience favorite when it was on Broadway,” said Norton Center executive director Steve Hoffman. “It’s a fun and fast-paced musical and was recently released as a film starring Johnny Depp, Meryl Streep, Emily Blunt, Anna Kendrick, Chris Pine, Tracey Ullman and Christine Baranski. Those are some funny and amazing actors. This musical is equally funny and amazing.”

Venture back Into the Woods as the creators of Jersey Boys and Matilda, the Musical team up with NETworks (creators of “Phantom of the Opera,” “War Horse,” and “South Pacific”) to present this incredible production.

Including clever lyrics and a dazzling score, this thrillingly clever new version made Ben Brantley of The New York Times fall “head over heels.”

Called “ingenious and bewitching” by the Associated Press, Into the Woods features the songs “Children Will Listen” and “No One is Alone.”

As Brantley remarked, “These are the woods that you want to get lost in!”

“Into The Woods” will perform at Centre College’s Norton Center for the Arts 7:30 p.m. Feb. 9.