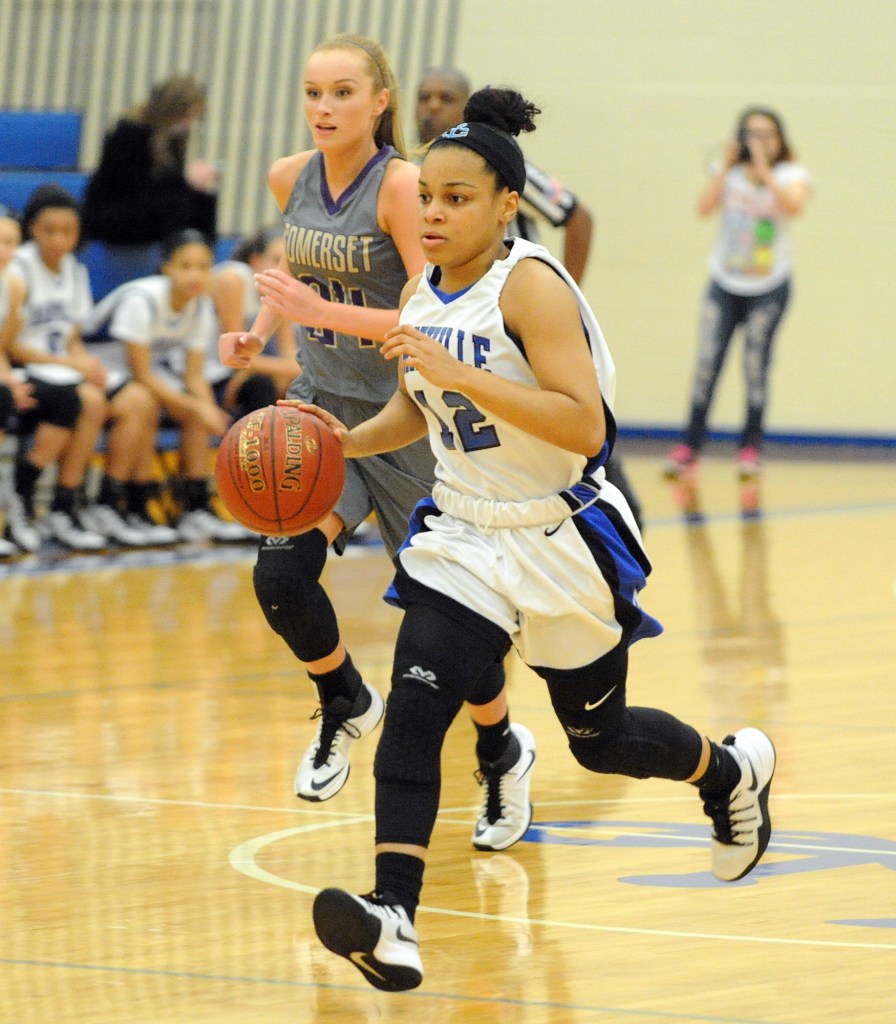 1. The Danville girls keep rolling but got the toughest possible draw in the All-A bracket. The Admirals upped their winning streak to eight games with wins over Burgin and Somerset to win their fifth straight 12th Region All-A title.

However, waiting on the Ads (12-6) in the first round is Murray; the Tigers are 16-3, with losses to Simon Kenton, Ryle and Butler. Last year, they advanced to the KHSAA Sweet 16 state semifinals, losing to eventual state champ Butler.

It’s a tough task for Danville, and they’ll need their backcourt of Ivy Turner, Alyvia Walker and Zenoviah Walker to be at their best. A win here would send a message to the rest of the state — don’t sleep on the Ads.

2. The 45th District boys race might not be so clear cut. A few weeks ago, the district looked like Lincoln County’s to lose, and while that’s still the case, the Patriots won’t have an easy road to the region tournament.

Boyle County has won seven of its last nine games, with the trio of Reese Smith, Jason Alexander and Bryce Slone providing a steadying influence on the young Rebels. They travel to Mercer County tonight — the Titans won the previous meeting 83-62 on Dec. 22 — before hosting the Pats on Friday.

Danville was on a three-game winning streak before Saturday’s five-point loss at Nicholas County. The Ads will play in their third straight All-A state tournament this week, opening against Walton-Verona on Thursday.

And don’t forget about Garrard County. True, the Golden Lions have lost nine-straight games, but their last four games have been decided by 23 points, including Friday’s double-overtime loss at Boyle.

The Pats certainly have the upperhand, going through the first round of district games undefeated, but one thing’s for certain — this next go-around in district games will be entertaining for everyone.

3. The KSD girls are putting together a solid season. Overall, the Colonels are 6-9, but when narrowing it down to contests against other schools for deaf students, they are 6-4 with a four-game winning streak and a 3-0 mark at last weekend’s Mid-American Classic in Ohio.

The Colonels have dominated the last four games, more than doubling up their opponents (140 points-60). Zoe Andrews has consistently led KSD in scoring this year, but she’s increased her output recently, averaging 14.25 points over the four-game winning streak.

This week is the biggest on the calendar for KSD when they travel to the 40th Annual Mason-Dixon Tournament, held this year at Eastern Carolina School for the Deaf.