DHS dives into a new principalship 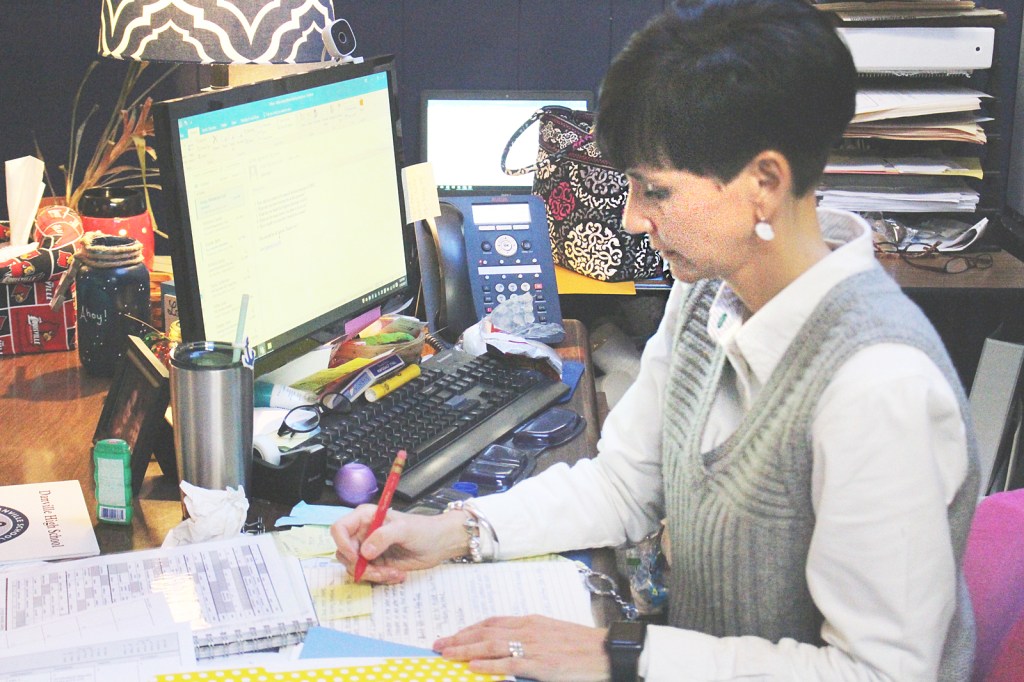 On Nov. 22, Danville Schools announced that principal responsibilities at the high school would be turned over to a well-known and loved Admiral, Haley Springate-Ralston.

Authority changes at the high school are not unfamiliar. In the past four years, Danville High School has faced three different vice-principals, two superintendents and now four principals. Danville is a complex and tightly-knit community, and it takes a lot to stand out as a leader to such a unique school. However, Ralston plans to lead DHS through rough waters, and the community is excited to witness change.

Who is Ralston? In a professional sense, she is the interim principal at DHS, meaning she will serve traditional principal duties for the rest of the current school year with a chance to earn a contract for the job later on. She formerly served as the assistant principal for parts of both the 2015-16 and 2016-17 school years.

Ralston describes herself as a “die-hard Admiral and educator.” She graduated from DHS herself and reveals her commitment to making Danville a better place every day she is in the school. She has acclimated quickly to her duties as principal and has ensured that everyone — from teachers to parents to students — is informed about the transition.

Ralston is an interesting figure to head DHS. Among other qualities, she is intelligent, fashionable, friendly, dedicated, cool and enthusiastic. She demonstrates that she deserves respect and shows a great deal of authority, but she also makes herself open to student inquiries and will do anything to help her school. She is young enough to relate to students and understand their struggles.

Ralston says, “I would rather focus on the important issues, like getting students to behave in an appropriate manner. I’m not going to make a big deal about small issues like the length of someone’s shorts. I care more about behavior and learning.”

She has reduced the effects of stringent and nonessential school rules in return for broader focuses. For example, students will receive no reprimand for wearing a single “earbud” in the hallways, but students are aware that headphones are inappropriate during class time. Ralston also held class meetings with students to inform them that a dress code is necessary, but she would prefer for students to self-monitor their attire so they can focus on more important aspects, like school work or after school activities. Ralston is determined to appeal to both students and the school board to reach a sense of compromise.

One student, senior Haley Pittman, says, “I am anxious to see how Mrs. Ralston will help us and will make changes to DHS.”

Overall, Ralston sends a positive message of change. She says she is excited about taking on the challenge of being principal and hopes that she can maintain a leadership role in the future.

Admirals join in her enthusiasm, hoping that the future of DHS is smooth sailing.