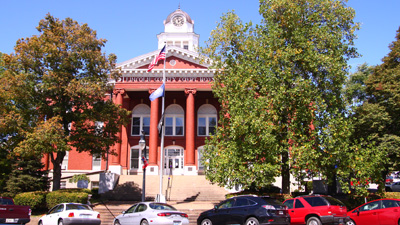 After a joint executive session lasting about an hour and a half Tuesday morning — one that did not include Lincoln County Jailer Rob Wilson — the two courts jointly ended their closed session to reveal the contract changes:

• Jail tracker access will be provided to one Garrard County employee, along with a computer that will be paid for by Lincoln County.

• A clause was added stipulating that the contract could not be broken easily without cause.

“Our fear is that Garrard County at some point is going to find some place else to house their prisoners if we don’t seem to get along. We want to have some protection because we’re really not asking for a whole lot more and we’re giving access to Jail Tracker. We are doing some things that need to be done to move forward,” said Jim Adams, Lincoln County judge-executive.

Both courts approved the “tentative contract,” which is good for two years. That length of time was determined, said Adams, by the time remaining on his and Garrard County Judge-Executive John Wilson’s terms.

“It’s going to be viewed one way or the other on both parties. We’re just going to have to get by that. … If at the end of two years we see it’s not going to work, then it’s time to dissolve,” Adams said.

The contract will have to be signed by both judge-executives and Lincoln County Jailer Rob Wilson.

“I heard something about Jail Tracker. As the jailer, I think it probably would have been proper for me to sit in on some of this. I’m the one contracted on Jail Tracker; it’s my name on that contract. I’m the one who determines who has access to that on my staff,” Rob Wilson said.

John Wilson told him they had a plan in place to “protect” him on it.

“I would have no idea because I wasn’t allowed to be in here,” Rob Wilson said.

John Wilson said the Garrard County Fiscal Court had an executive session during one of their meetings, during which Lincoln jail bookkeeper Stephanie Newton was brought in to explain the “position of the Lincoln County Jail.”

“We were discussing some legal issues and (threats of) litigation … Because of the nature — we were discussing the litigation and Stephanie (Newton) was there to explain it — we didn’t want Stephanie to say anything that could potentially be used against her later. As a courtesy, Mark Metcalf explained to her the purpose of the meeting and I think that was perceived incorrectly or that you were ‘read your rights,'” Wilson said to Newton.

Newton said it was John Wilson who told her there was possible litigation, but was told by Rob Wilson to let John Wilson continue because “we got no dog in this.”

John Wilson said “we didn’t want to be disingenuous.”

“It was not intended to make you feel bad,” he said. “Daryl Day should have been there. It was my fault.”

John Wilson also shared about a future plan to jointly build a jail for both counties.

“We have an issue with the facility here. It’s an aging facility and it’s going to need to be addressed by both counties. After this meeting, I will appoint two magistrates to a committee to study construction of a joint jail and I think Jimbo (Adams) will do the same with Lincoln County,” John Wilson said. “We have such a strong history of working together between these two counties and a successful history of working together and this is another area and a very critical area. I think we can continue working together.”

“This is not a commitment on either court to a new jail,” Adams said. “This is just a feasibility study. If we do, at some point, agree to build a new jail, I’ll be long gone and most of the people in here will be long gone before it comes to fruition.”