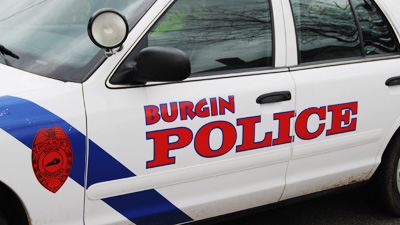 BURGIN — It’s been about nine months since Burgin Police Chief Jim Caldwell has been able to work — first due to injury, but later due to being fired by Mayor George Hensley, alleging health reasons and insubordination.

He wouldn’t say more on the record, but did confirm that there was a special-called meeting held on Tuesday to discuss a few issues. He said the police department was not discussed at the meeting.

But according to the Jan. 19 issue of the Harrodsburg Herald, several issues were on the agenda of that meeting, including Caldwell’s termination.

Interim Burgin City Attorney Wanda Dry confirmed there was a discussion at the Tuesday meeting about a grievance filed by Caldwell against the city. She said Caldwell didn’t want a hearing in the matter scheduled until he received information from an open records request he filed.

Burgin Councilwoman Katrina Sexton said the city council can schedule a hearing because Hensley failed to respond to Caldwell’s grievance within five days. The hearing is expected to occur next week, as early as Tuesday or as late as Friday. 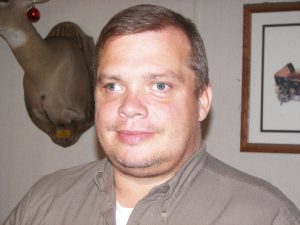 Caldwell said via phone on Wednesday that he has filed an appeal through the city’s grievance process and filed a request using the Freedom of Information Act to get details from the city relating to his termination.

“I don’t know what I’m accused of,” Caldwell said.

Dry said the delay in the open records requests was due to a list of others who had also made requests, according to the clerk, who wasn’t able to keep up with the load.

At the moment, the city is just taking everything one “day at a time,” she said.

“We’re trying in good faith to comply with everything that’s requested. The ex-chief is doing what he feels he needs to do. That’s about all I can say,” Dry said.

Kentucky open records law does not include any exemptions from responding to open records requests within the required three-day limit. Agencies are allowed to designate times and locations for inspection of records if they are in storage or active use, and they may also deny a request if it “places an unreasonable burden in producing public records or if the custodian has reason to believe that repeated requests are intended to disrupt other essential functions of the public agency.” However, such denials must be “sustained by clear and convincing evidence” and should still be issued within three days, according to the law.

Two of the open records requests Burgin is dealing with came from Councilwoman Sexton and and Caldwell’s brother, David — another council member. Caldwell said those have gone unanswered, as well.

“If a city council person can’t get the city clerk to answer a question without the freedom of information request, where are we at?” Caldwell said.

Sexton said she requested copies of charge slips because she found receipts where fuel was charged to vehicles not belonging to the city. She also requested personnel information for Caldwell and Casey Rucker, who has been hired as an interim police chief since Caldwell stopped working. Sexton said she was told by the city that she could not have those records.

“I was told that they (the clerks at city hall) had been told by Wanda (Dry) that they could not release those records,” Sexton said.

Sexton said she was seeking the records to review any disciplinary actions that may have warranted the firing of Caldwell.

The current chain of events began May 7, 2016, when then-Police-Chief Caldwell was injured in the line of duty.

“At that time, I had no disciplinary actions pending,” he said.

Rucker, a Harrodsburg police officer, was hired as an interim chief after Caldwell’s injury, according to the Harrodsburg Herald.

In early August, Caldwell filed for a seat on the Burgin City Council because, at the time, he wasn’t sure he was going to be able to return as chief.

“At the time I filed to run for council, I was hurting. I didn’t know if I could return to work. I wanted to continue serving the public,” he said. “I thought if I’m forced to retire, I’ll at least be able to serve as a council person.”

In September, he was medically cleared to return to work. Caldwell said he advised the mayor and was first told by Hensley that it wasn’t a medical clearance because it did not include the nature of Caldwell’s injuries. Then, Caldwell said, Hensley decided the city needed a separate physical.

“I take a physical that looks at everything except my workman’s comp injury. I completed that physical in November. The doctor gave a statement with my diagnosis that — in my opinion — was nothing that would prevent me from returning to work,” Caldwell said.

The Harrodsburg Herald said Caldwell and Rucker were being paid simultaneously beginning in October.

In the meantime, Caldwell had continued his run for council, securing one of the six spots with 282 votes — more than any other person running for council. The next closest vote-getter was Katrina Sexton with 260.

In November, after the physical from the city’s independent doctor, Caldwell said he sent a letter to Mayor Hensley requesting to return to work, but never received a response. He then requested to be placed on the agenda for the December city council meeting, but said that the meeting was cancelled.

In December, Caldwell resigned from the city council, believing he would be resuming his job as police chief.

Caldwell said he asked to address the city council during the January meeting, but was told no by Hensley, who told him publicly during the council meeting he would not be returning due to health reasons.

“He wanted to have a meeting,” Caldwell said.

During the meeting between Hensley and Caldwell on Jan. 12, Hensley officially terminated Caldwell, Caldwell said.

Going into the meeting, Caldwell said he believed he was going to be fired over health issues. “It’s the only issue he’s ever raised,” he said.

“I felt kind of ambushed,” he said.

Caldwell said he has sought legal advice but hasn’t yet hired an attorney.