Shepherd’s House agreement approved, next step is getting treatment facility up and running 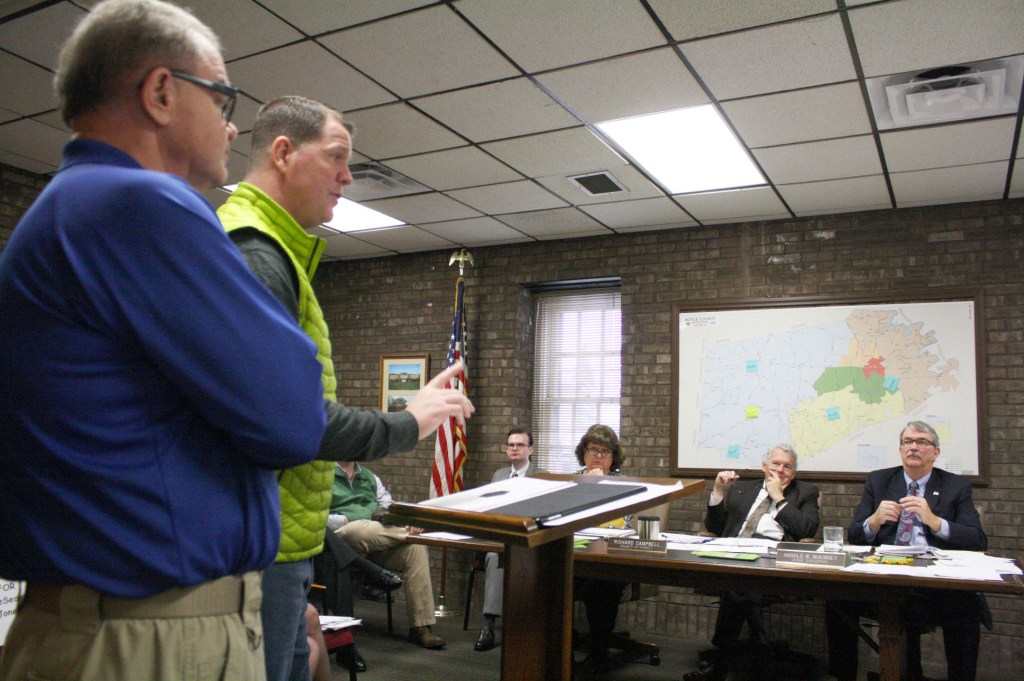 On Tuesday, Boyle County Fiscal Court approved the Shepherd’s House service agreement for a non-residential substance abuse treatment facility, to be located in the former Red Cross building at 454 S. Third St. The agreement, which was originally presented to the court a month ago, had a few changes made to it after being reviewed by the Boyle and Mercer Joint Jail Committee, as well as Richard Campbell, Boyle County’s attorney.

Included in the changes is an extension of the required notification time to 60 days if the treatment facility decides to terminate the agreement with the county. Also included is a clause stating the counties are not liable for Shepherd’s House attorney fees if there happens to be an issue that leads to legal action.

The treatment facility’s executive director, Jared Thomas, was also on-hand to further explain the program’s next moves. Starting Feb. 1, Shepherd’s House will begin work inside the building and work to get everything in order before beginning to take clients from the jail March 1, Thomas said.

County attorney Campbell said there will be 20 clients at first from the Boyle and Mercer jails. The clients will need a judge’s approval to begin the program.

The maximum number of individuals who can be treated at one time by the facility is 60.

Thomas said between the two counties represented in the jail, he’s projecting that there will be about 35 to 40 from Boyle and 25 from Mercer.

Along with the substance abuse treatment program, Thomas said there will be other providers using in the building.

As part of the treatment program, the clients are released from jail on the conditions of either being employed or involved in community service work.

Hope Network — a joint effort of local pastors, churches, community leaders and government officials — will have an office inside of the facility, which will be focused on helping those who graduate the program find employment.

Thomas said the treatment program aims to “treat every area you have a problem in.” The program will also help clients obtain GEDs if needed.

Al-anon, NA and AA meetings that will take place at the building, as well, Thomas said. Some meetings will be open to participants who aren’t part of the jail’s program.

Thomas said once a client graduates, Shepherd’s House will “stay with them,” meaning they may return for meetings and receive help — or return if they relapse.

Magistrate Jack Hendricks said this is a program Boyle County has needed for a long time.

“It’s an absolute great feeling that we finally got this thing going and finally see the light at the end of the tunnel,” he said.

The program, as a whole, is nothing like anything any other county has seen before at this level, Thomas said.

“I really think this thing is going to be a game-changer,” Thomas said. He said someone recently asked him what happens if the program doesn’t work. His response: That’s simply not an option.

“We will make this work,” he said.

“I really think that what you all have accomplished is ground-breaking,” he said. “I think it was a wonderful example of a group of people thinking outside the box.”