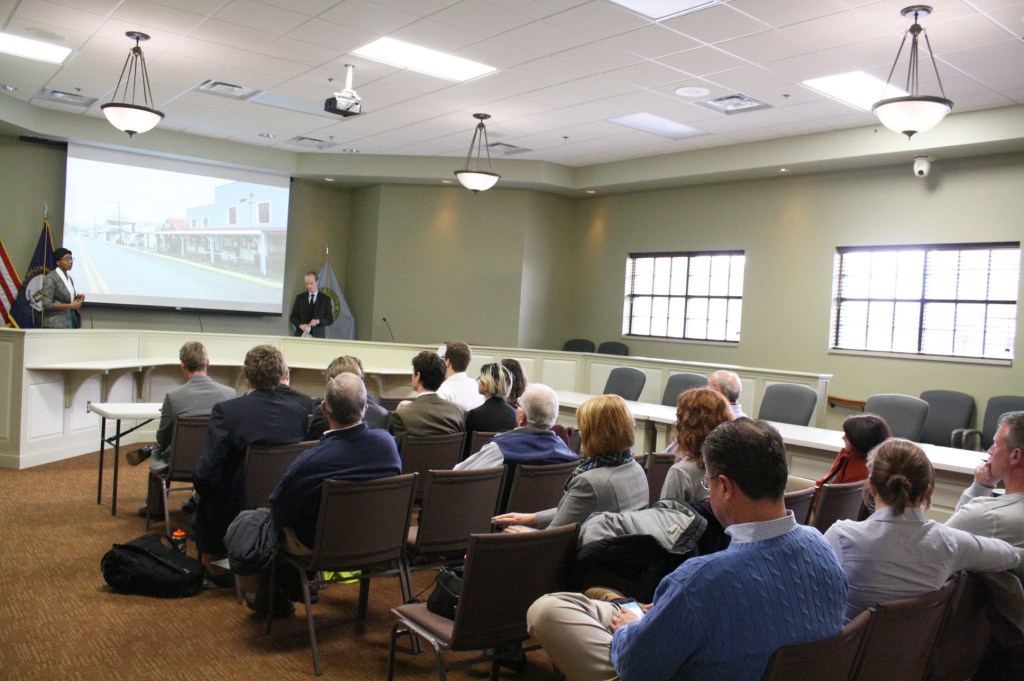 Several Centre College students presented a report to the Danville-Boyle County Economic Development Partnership about different strategies to strengthen and grow the community. 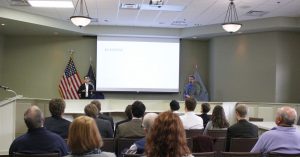 Several Centre College students presented a report to the Danville-Boyle County Economic Development Partnership about different strategies to strengthen and grow the community.

Three students, Davis Kannapell, Jessie Hale and Rachel Wheeler presented on how to get Centre recruits and prospectives, students and their families outside of campus. They proposed providing brochures and information about Danville businesses to families and prospective students when they visit campus.

Another group of students, including Amaryst Parks and Will Schein, presented on Perryville. They endorsed the long-pursued goal of preserving Perryville’s historic buildings and getting businesses to move in.

The students suggested that Perryville implement different funding sources to help, including a restaurant tax.

A group of students including Ian Johnson, Hans Stromberg and Hendley Traughber encouraged investment in early childhood education because of the long-term benefits it has for individuals and the greater community.

According to the students, an issue in Danville-Boyle County is that there aren’t enough daycares available. There are also a number of families who can’t afford to send their children to daycare, they said.

The last two groups of students worked with the Boyle County Industrial Foundation.

Students Cooper Hall and Jacob Heine said Danville could become a “future hub for emerging industries.” The best way to work toward that goal would be to improve and expand internet access, they said.