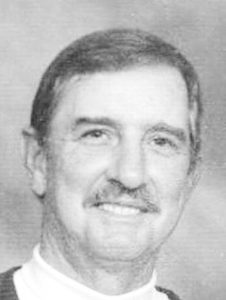 Bill was a U.S. Army veteran, serving during the Vietnam war. He was a graduate of Danville High School Class of 1966, loved being a DHS Admiral fan, fishing, and golf. He was the superintendent of Old Bridge golf course grounds, superintendent of athletic fields at Centre College, as well as the caretaker of Admiral Stadium for 12 years. Bill was a member of Lexington Avenue Baptist Church.

Funeral services will be 11 a.m. Monday, January 30, 2017 with Dr. Robert Baker officiating. Burial will be at Camp Nelson National Cemetery. Visitation will be Sunday, January 29, 2017 from 5-8 p.m. at Preston Pruitt Spurlin Funeral Home.