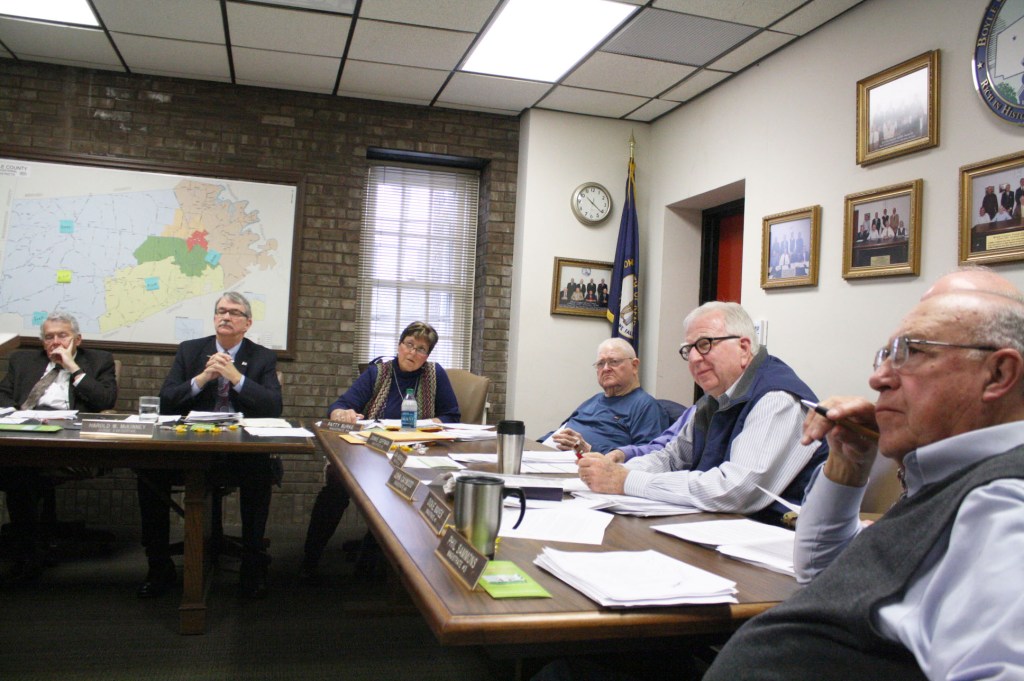 Boyle County Fiscal Court approved, on Tuesday, a purchase of monitors from CDW Government for a total of $2,033.28 for the 911 call center and approved a furniture bid for the Boyle County Emergency Medical Services.

Boyle County Fiscal Court approved, on Tuesday, a purchase of monitors from CDW Government for a total of $2,033.28 for the 911 call center.

In December, the fiscal court approved spending $43,827.90 for ergonomic dispatch stations for the center.

“As they were installing the furniture, it was brought to their attention that there were armatures that run up to the back of the video display terminals that don’t actually fit properly,” Boyle County Treasurer Mary Conley said. “We don’t have a whole lot of options because we have to make the monitors fit.”

The fiscal court reviewed and approved a quote from CDW Government for 16 monitors costing $2,033.28 in total.

With the original budget for the furniture being $48,000, Conley said, even with this purchase, they are still under budget.

The 911 call center’s communications director Rebecca Hafley said at the fiscal court meeting in December that they have had the same furniture for nine years.

“It’s sagging; it’s not holding up to what we use it for,” she said.

According to the bid requirements, it was stated that the emergency personnel are required to manage at least four flat panel displays, additional communications and emergency equipment.

“Workstations are utilized 24 hours per day/seven days per week by many different employees with different physical sizes and needs,” the requirements said.

With the amount of use, it was required that the furniture lasts and is designed for the heavy amount of use.

By using Xybix’s furniture, Hafley said the new stations will be adjustable and will make things more comfortable and flexible for dispatchers.

The current set-up of the screens strain the necks of the workers, she said. The new stations will also allow for the five screens to be arrayed horizontally instead of vertically, which will cause less strain on their necks.

In the same meeting on Tuesday, the fiscal court also approved a furniture bid for the Boyle County Emergency Medical Services.

EMS is purchasing 7 new recliners and has a total budget of $3,500.

Of the four bids they received, Ellis presented the fiscal court with the bid from Big Lots that was a total of $1,995.

The recliners they are purchasing from Big Lots are the same ones they have used the last three years, he said.