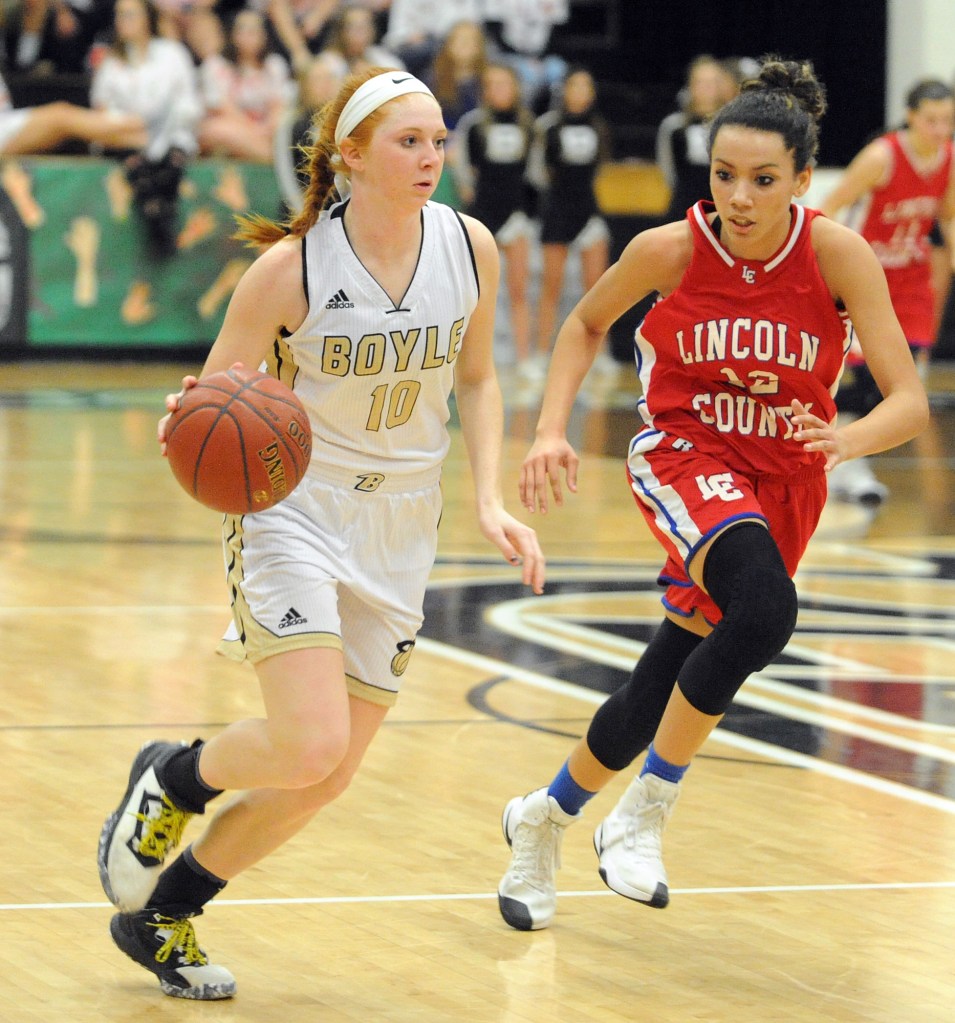 In about six weeks, the best high school basketball players in the state will be honored with the Mr. and Miss Kentucky Basketball awards.

But unlike similar awards in other states, Kentucky’s is open only to players in the current senior class. In this week’s Monday Mailbag, area coaches were asked if that was fair or if the criteria for winning the award should be opened up to all classes.

1. Nominations for Mr. and Miss Kentucky Basketball started this week, but the award is only open to seniors. Is that the right decision or does it need to be open to all players in the state, regardless of class?

Don Irvine, Burgin boys coach: Mister and Miss Basketball should be as it is I feel, seniors only.

Steve Adams, Boyle County boys coach: I believe Mr. and Miss Basketball should remain the way it is currently.

Scott Latham, Garrard County girls coach: I am perfectly fine with the way that it is handled now. I think it should be the best senior in the state that represents the state!

Ryan Young, Garrard County boys coach: I like the current format. I like the fact that a senior player is rewarded for their commitment and leadership to their school and basketball program.

Michael Menifee, Danville girls coach: I think it should be an award just for seniors.

2. How much attention do you pay to awards and polls during and after the season?

Irvine: The only time I pay attention to power ratings is when it comes time for me to schedule teams of similar ability to us.

Adams: Not much. Most are opinions from individuals with limited knowledge.

Latham: I take a look at them periodically to see where my team stands, but I mostly use those for scheduling purposes and sometimes use them for team motivation purposes.

Young: I don’t focus on the rankings or awards. I obviously hear the ratings, but the main focus for me is trying to get my team better. We have a lot of good teams in this region, so the rankings are an ever changing thing. We just stress competing on a nightly basis. Traditionally, this region has always been very deep.

Menifee: I look at the polls and postseason awards but don’t give it a lot of thought because most of those things are subjective. The kids that receive them, I am happy for them because it’s an honor to receive recognition for the hard work they put in.

3. Who is the best player you’ve played or coached against?

Irvine: I played against Darrell Griffith when he was at Louisville Male. He later won a national championship at U of L and was an All-Star with Utah Jazz of NBA.

Adams: The ones I can remember playing against are Ralph Sampson, Terry Cummings, Mark Aguirre, Dominique Wilkins, Vern Fleming, Terry Porter. The ones I coached against are Kevin Martin, who played at Western Carolina and for the Sacramento Kings, Johnny Taylor, from Tennessee-Chattanooga and the Orlando Magic, and Gerald Wilkins, from Tennessee-Chattanooga and the New York Knicks.

Latham: One of the best that I have coached against is Rebecca Greenwell, who is currently at Duke. We ended up playing against her twice in a Christmas tournament. She could shoot it inside and out, rebound, take it coast to coast, and what I loved about her game is her demeanor never changed.

Young: Shelvin Mack (Butler/Utah Jazz) and Darius Miller (UK) were excellent in-state players, and graduated in my senior class (2008). I was fortunate enough to room with Shelvin at the UK/Indiana tryouts, and he was a great point guard with an amazing work ethic. He’s a great ambassador for in-state kids after leading Butler to two final fours and playing in the NBA. I still can’t believe UK didn’t recruit him.

Menifee: Right now, it’s Mercer County’s Trevon Faulkner. He’s a kid that has some rare talents. He is the ultimate team player and competitor. He will do whatever it takes to win.

4. Do you have a typical gameday meal? If so, what’s on the menu?

Irvine: I get chili at the Ole Bus Station at Harrodsburg. It’s the best in the area.

Adams: No, and lots of times I will not eat at all.

Latham: I don’t have a set meal — just tell the kids to drink water or sports drink, stay away from soft drinks, and have something like a sandwich and chips and snack but stay away from fast foods before a game.

Young: I usually don’t have anything particular, but if it’s a home game I’ll generally get a BLT sandwich from Five Star.

Menifee: On home games, it is Captain Franks No. 15