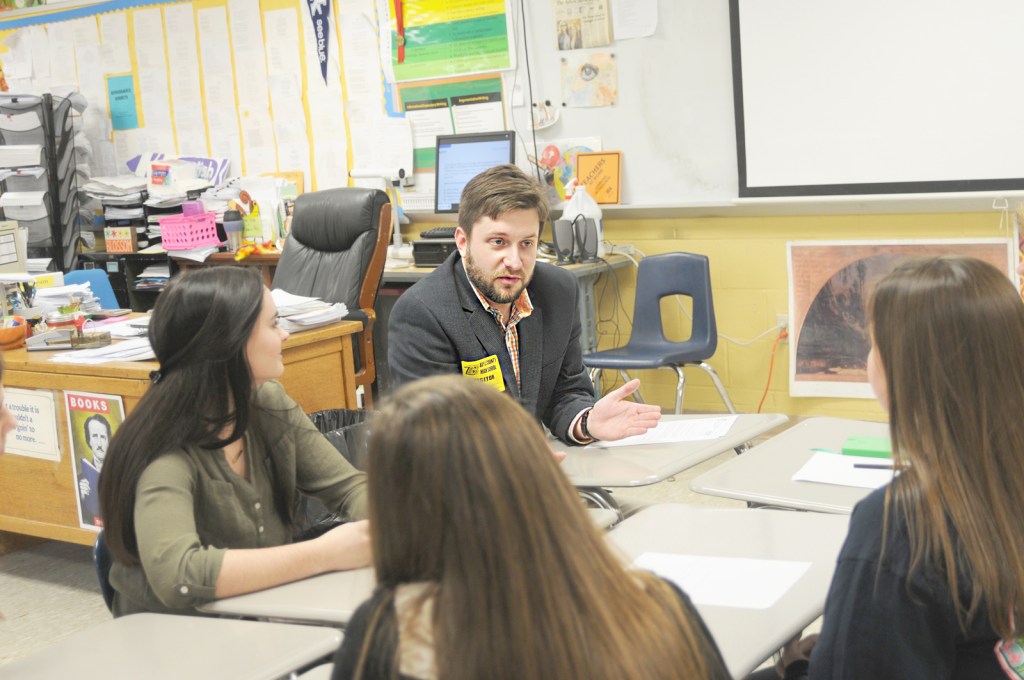 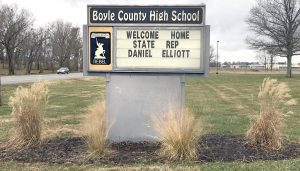 The students presented their bill at the 2016 KYA meeting in November for potential passage by a student run, mock state government.  The bill’s proposal is for the allocation of Kentucky Educational Excellence Scholarship (KEES) money for use in paying tuition for apprenticeship programs.

Moore explained how they developed the idea for this bill. “Alane Mills (Community Education Director) told our group about the idea. We knew a little background information on the KEES program and with research we found that there was a necessity for this bill.”

Susanna Moore described their success at the assembly. “The bill did well the first night, passed the house unanimously, then passed in the senate, and was signed by the governor elect of the KYA.”

The classroom meeting with Elliott lasted about an hour and consisted of back and forth discussion. Moore detailed, “We spent part of the time discussing the current state legislature’s future, then we discussed bills that he is personally excited for. We discussed issues such as charter schools, school boards, and site based councils.”

Elliott detailed his plans to strongly support the bill going forward. Moore summarizes, “He has the intention of filing our bill which basically means that he is going to select our proposal for legislation as a bill he would like to bring to a committee for passage.“