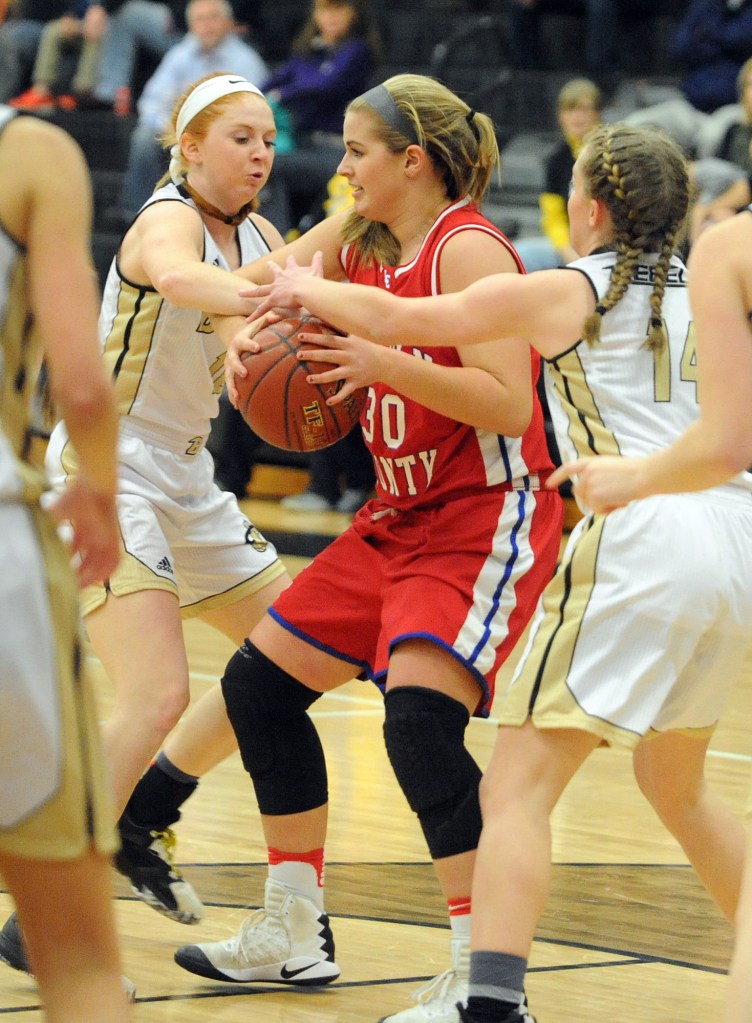 1. You just never know what you’re going to get when Lincoln County and Boyle County play basketball. Heading into Friday’s 45th District matchup at Rebel Arena, three of the last four boys games went deep into overtime, but it was the girls’ turn to steal the headlines when they combined to score 222 points, a new state record.

The score obliterates the previous record, set nine years ago, but 12 points, and Lincoln’s 112 points are the 10th highest total in history.

The Patriots made 31-of-38 free throws and five 3-pointers, hitting 38 of their 80 field goal attempts.

If we’re lucky, this won’t be the last time these squads square off this season. Who knows what they’ll do for an encore.

2. Danville is back to the 45th chase. The Admirals girls got a tough draw in the first round of the All “A” Classic last week, losing to Murray at the Frankfort Convention Center. And while their stay in the state bracket was shorter than they wanted, they can now turn their sole focus to the 45th District.

The Ads went undefeated in the first run through the schedule, and they’ll face rematches with Garrard County (Tuesday) and Boyle County (Friday) before what should be a winner-take-all game against Lincoln County on Feb. 10.

The first time through, Danville’s backcourt trio of Ivy Turner, Alyvia Walker and Zenovia Walker scored over 78 percent of the Ads’ points. Don’t expect that script to change. Their speed on both ends of the floor have led the Ads to a 12-7 record and driver’s seat in the district.

3. All of this is to say the 45th is deep and balanced. Yes, Danville has the inside track on the regular season district title, but don’t count out anyone once the tournament starts. The Ads, Boyle, Lincoln and Garrard County have a combined 50-23 record, and the Rebels are the only one with a losing record (11-12).

Aside from two games, the results have been razor thin, too, with an average margin of victory at 6.5 points. Only Danville and Lincoln have double-digit wins, both over Garrard, while three games have come down to four or fewer points.

But once two of these teams get out of the district, what can they do in the region? Quite a bit, actually. Sure, they’ll have to face heavyweights like Mercer County and Southwestern, but the 45th District is 15-6 against other 12th Region teams from outside their district.