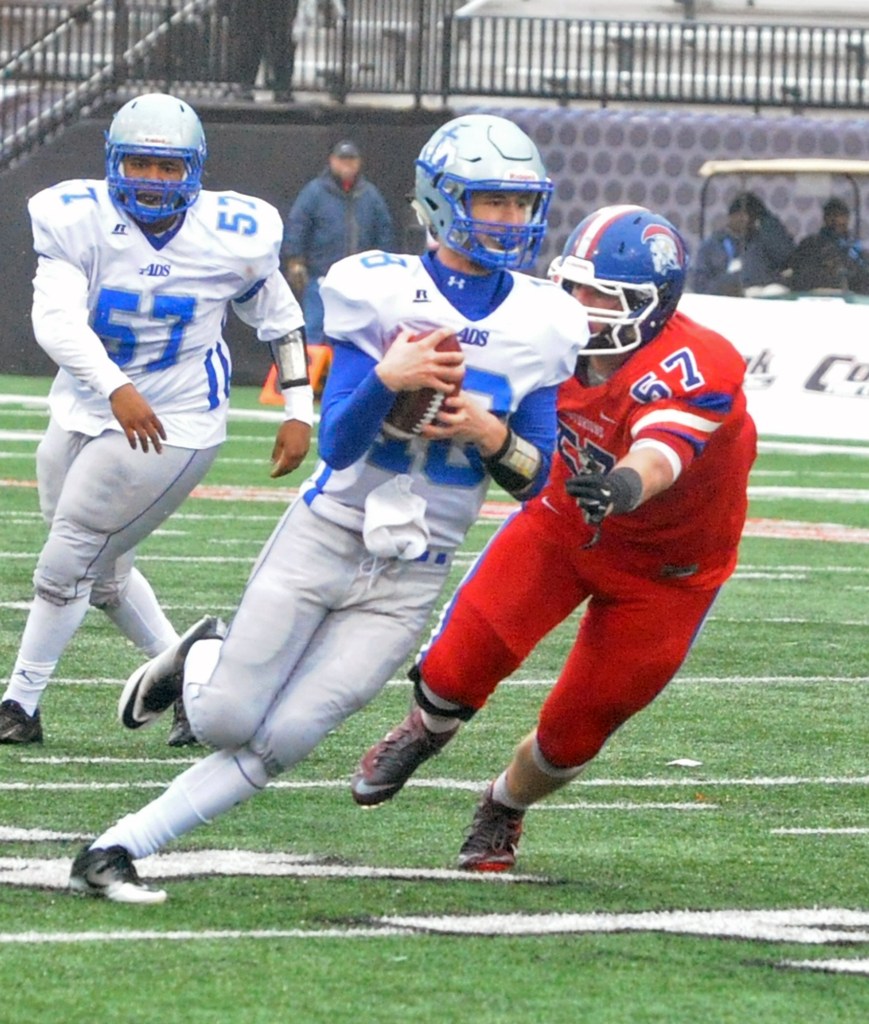 Zach Dampier rewrote the record books at Danville, and now the quarterback will try his hand at the collegiate level with Georgetown College.

The 6-foot-3, 185-pound Dampier announced via Twitter his college choice Monday. He said the decision came down to Centre College, Franklin College in Indiana and the Tigers.

“They have a program with great tradition, just like Danville, and that’s an environment I like to be in,” Dampier said. “They expect greatness, they expect championships. I want to help contribute to that.”

As a senior, Dampier led the Admirals to a 12-3 record and a Class 2A state championship game berth. He threw for 3,574 yards and 43 touchdowns while completing 242-of-355 passes. His completions, attempts, yards, touchdowns and completion percentage this season all rank among the best in Kentucky history.

Dampier said the proximity of Georgetown to home — it’s just over an hour between Danville and campus — played a role in his decision.

“It seemed perfect,” Dampier said. “If anything happens, I can be home, but I’m not so close where I feel like I’m in my own backyard. It will help me mature more and prepare me for the real world. It’s the perfect location both academically and for myself personally.”

Dampier plans on majoring in Marketing, with the hopes of working in sports. He feels Lexington being close by will help with his career goals.

The Tigers have won three NAIA national titles, the most recent in 2001, and they’ve been a national finalist five times. Head coach Bill Cronin has won 135 games in 15 seasons in Georgetown.

Georgetown, which has eight straight winning seasons, plays at Toyota Stadium, built for the Cincinnati Bengals training camp. The stadium holds 5,000 spectators and can expand to accommodate crowds for 20,000.