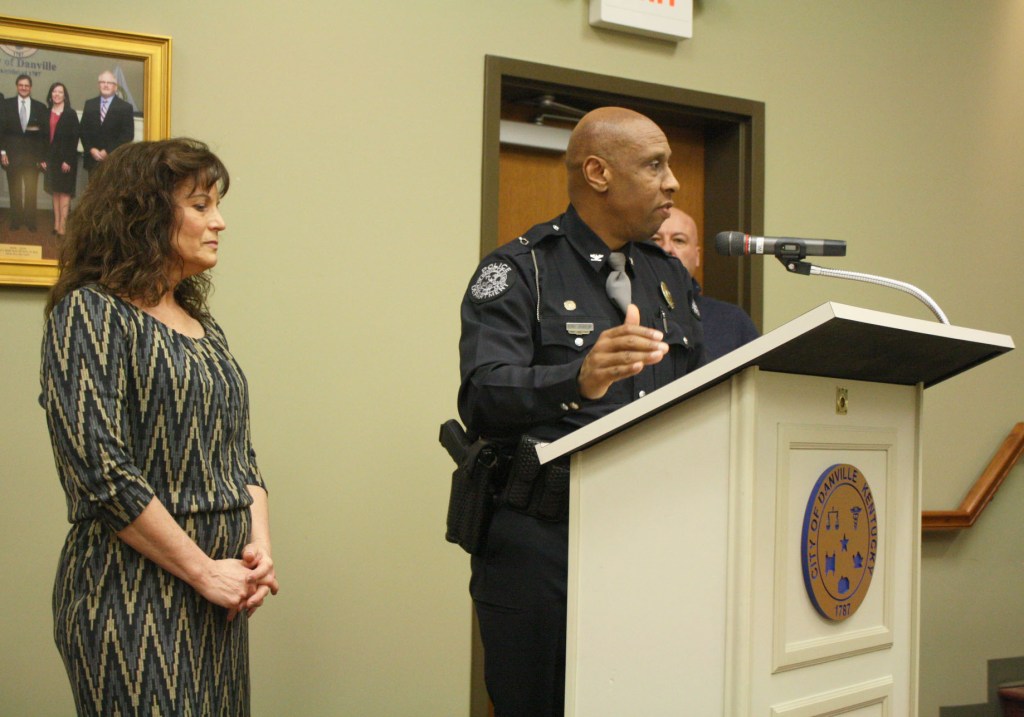 Danville Police Chief Tony Gray speaks at the city commission meeting on Monday about Gale Mason and her work at the Danville Police Department over the last 27 years.

After 27 years working for the Danville Police Department, the agency’s administrative assistant has retired.

Gale Mason retired Dec. 31. She was recognized for her service by the Danville City Commission last week.

“In my time as chief … she has been my MVP,” Police Chief Tony Gray said.

While on staff, she worked for five different police chiefs, but one thing remained the same through every transition — her quality of work, said former police chief Jeff Peek.

“The Danville Police Department is accredited today because of Gale Mason and the work she did,” Peek said, referring to her contributions in 2006 that led to the department gaining its accreditation.

Gray said Mason is also responsible for starting the career development program and was integral in handling police department grants.

Mason thanked the City of Danville for allowing her to work with them.

“I have certainly enjoyed my time here,” she said. “I was never not wanting to get up and come to work, so I really enjoy everybody that has helped me along the way.”

“She’s our most valuable player at the police department,” Gray said. “And she will be missed.”