Two indicted for trafficking in opioids with child in house

A Danville couple have been indicted on drug trafficking and wanton endangerment charges after police allegedly found drugs packaged for sale — including the powerful opioid fentanyl — at a home where they also had a 4-year-old. 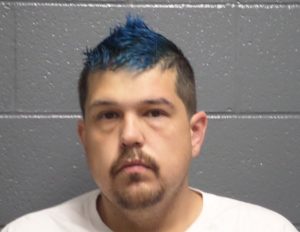 Cash Moore II, 36, and Amanda Vaught, 36, both of 123 Michelle Court in Danville, were indicted by a Boyle County grand jury on Jan. 26. They both face charges of first-degree trafficking in methamphetamine, heroin and fentanyl; first-degree wanton endangerment of a minor child; and possession of drug paraphernalia.

According to files obtained from the Boyle County Circuit Clerk’s Office, Vaught and Moore were located in a residence where Danville Police officers conducted a search warrant. 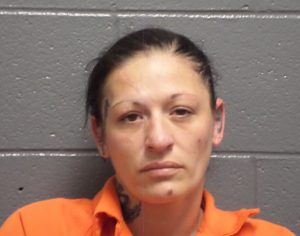 No field tests were done on the substances, for safety reasons; fentanyl can damage field test machines, according to law enforcement.

Moore’s 4-year-old son was also in the house. Social services was called in to care for the child, who was asleep at the home when officers entered, according to court records.

Fentanyl has been blamed in many drug overdose and overdose death cases around Kentucky in recent months, including in multiple overdose deaths that occurred in Boyle County over the summer.

Moore and Vaught were both being held in the Boyle County Detention Center on Wednesday.