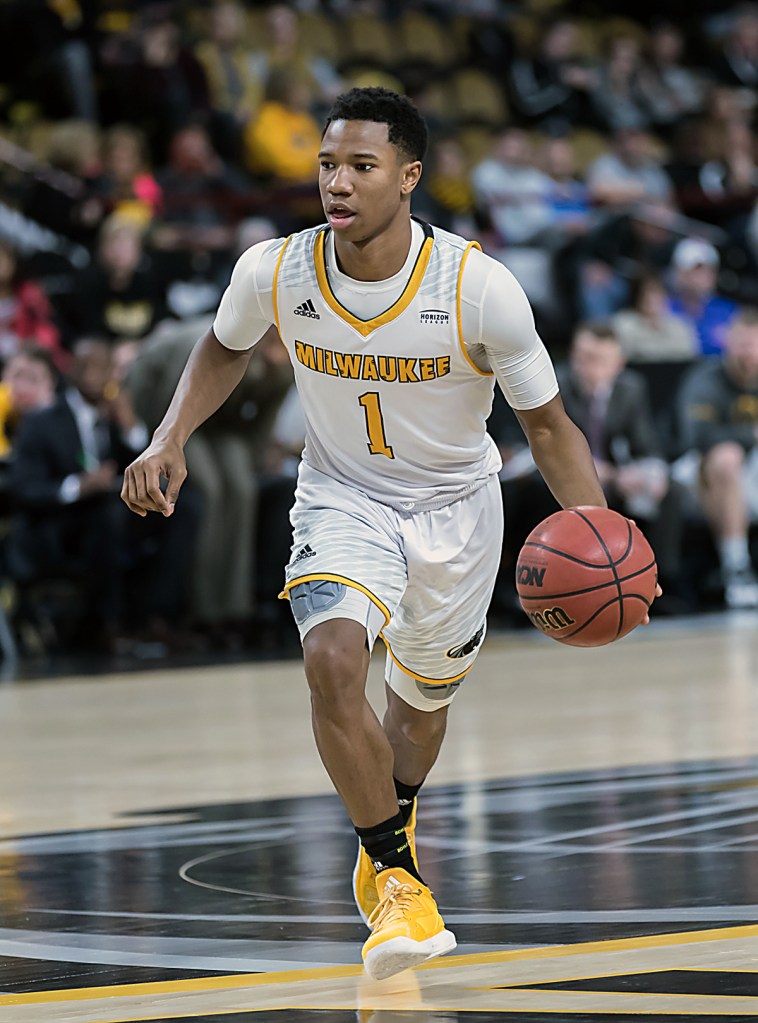 Milwaukee Athletic Communications Jeremiah Bell, a Boyle County graduate, is playing 21 minutes per game and averaging nearly seven points per game for the University of Wisconsin-Milwaukee.

From Boyle County to Vincennes University to the University of Wisconsin-Milwaukee, Jeremiah Bell has taken his love for basketball to new heights each of the past three years.

Bell played a key role in Boyle County’s Final Four run in 2015, averaging 21.2 points per game. After playing one season at Vincennes, he’s now at NCAA Division I Milwaukee.

“I’m loving it up here, enjoying the process and city, getting used to living in the cold weather a little bit,” Bell said. “It reminds me a lot of home.”

Bell returned to central Kentucky over his holiday break, catching a Boyle County game at Mercer County’s Clash of Titans tournament. He said he still keeps up with Boyle coach Steve Adams and the team.

“Coach (Adams), I love him to death,” Bell said. “He’s someone I can go to at any time. I can call him any time and he’ll be there for me, things to improve my game or just about them and how to help their team to get better.”

Bell has some new wisdom to impart now that he’s been out of high school for two seasons. He led Vincennes last year with 14.3 points 4.2 assists per game.

“Vincennes was a year that I’ll never forget, it was a year that I could learn from a terrific coach, Todd Franklin,” Bell said. “He’s tough and he gets the best out of his players. It was a year that improved my game tremendously, in ways that I never thought I could improve. That was a big year for me. It allowed me to get to where I am now.”

This year, he’s playing more than 21 minutes per game off of the bench for Milwaukee and averaging 6.8 points per game, good for fourth-best on the team.

Milwaukee coach LaVall Jordan said his speed has been much needed for the Panthers this season.

“He’s a combination guard, we play him off of the ball some, he can score the ball,” Jordan said. “Especially this year for us, with his speed, he’s one of our better guys at getting into the lane. That’s been a good trait for our team because he’s one of our quicker guys. And he makes good decisions with the ball. He’s a playmaker, when it’s late in the shot clock we like having the ball in his hands.”

Bell is averaging two assists to one turnover per game for the Panthers, and he said when he gets more comfortable with the speed of the college game, his performances will greatly improve.

“It’s definitely faster. But I feel like it’ll slow down, just like high school, it eventually slowed down a lot to me,” Bell said. “Things started to open up and get easier. I know that time is coming soon, and when that happens, I feel like I’ll really take off and develop and expand into a player I know I can be.”

Jordan agreed, adding that Bell’s shot is one area that they’ve been working on throughout the year.

“We’ve been working like crazy on his shot,” Jordan said. “He was a better shooter at junior college, but when you go up a level, every level you go up, the ability to shoot consistently changes, because shots are challenged, guys are longer, more athletic, they get to you quicker. That’s been something, he’s a better shooter than what he has shot percentage-wise this season. But when he gets used to the stimuli and changes his shot a little bit, he’ll be more consistent. Defensively he’s really worked at it and he’s getting to the point where he’s a reliable defender most of the time.”

In general, Bell said that his game has improved each year.

“Definitely my jump shot, I feel like it has gotten better. My overall game, I feel like I’ve become more athletic, stronger, faster, able to play off of the dribble drive better,” he said. “I’ve always done well in the pick-and-roll, but I feel like I’ve improved in that area as well. Overall, my whole game has really improved.”

Tyler turning into leader at Campbellsville