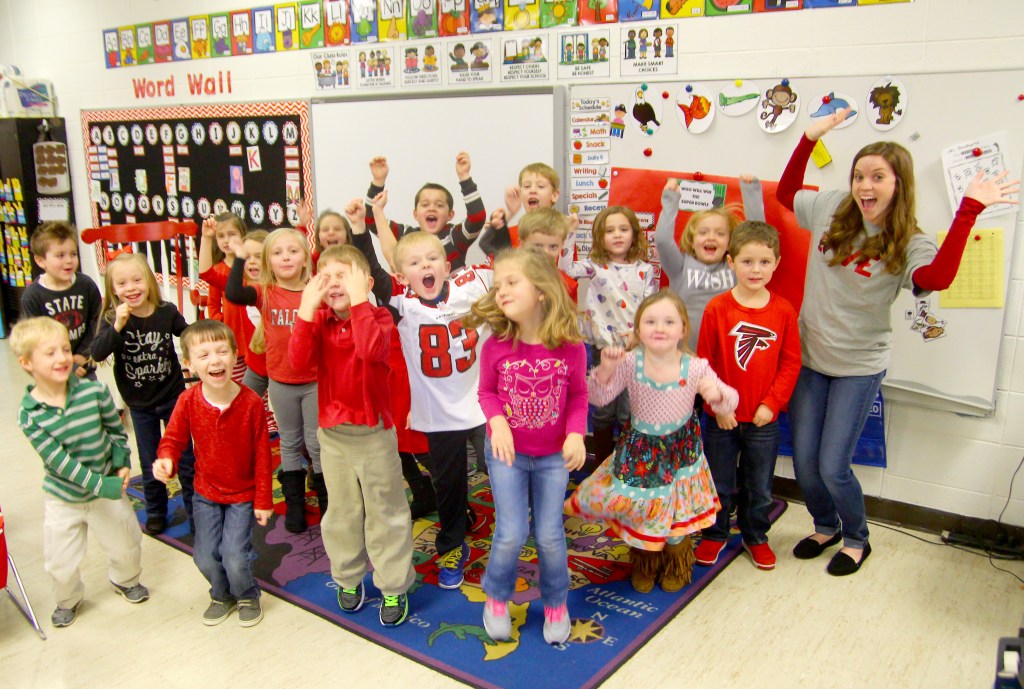 Photos by Ben Kleppinger/ben.kleppinger@amnews.com | Kindergartners in Sarah Shadburne’s class cheer for the Falcons while wearing their red clothes Thursday afternoon.

With Super Bowl LI three days away, the hallways and classrooms of Woodlawn Elementary School turned red Thursday with the shirts, jerseys, jackets and more of Atlanta Falcons fans. 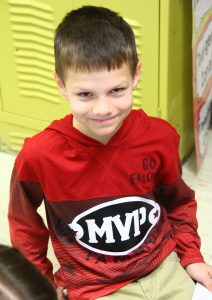 Woodlawn is more than 350 miles from Atlanta, but it has as good a reason as any to be rooting for the National Football Conference champions in Sunday’s big game: Luke Tamme, son of Falcons tight end Jacob Tamme, attends kindergarten at the school.

Tamme, 31, is a Boyle County High School graduate who went on to play football for the University of Kentucky Wildcats before getting drafted by the Indianapolis Colts in the fourth round of the 2008 NFL draft.

After playing with superstar quarterback Peyton Manning on the Indianapolis Colts and Denver Broncos, Jacob Tamme joined the Atlanta Falcons in 2015.

Tamme is currently on injured reserve for the team, having suffered a shoulder injury during the regular season, according to The Courier-Journal. But his team still has perhaps the most high-powered offense in the league this season, and will try to use their many offensive threats against the dynastic New England Patriots in Sunday’s Super Bowl.

To celebrate the Falcons making it this far and cheer them on to win it all, school leaders organized a day to dress in red at Woodlawn on Thursday.

Photos by Ben Kleppinger/ben.kleppinger@amnews.com | Kindergartners in Sarah Shadburne’s class cheer for the Falcons while wearing their red clothes Thursday afternoon.