Born March 28, 1926 in Mercer County, Kentucky to the late Zelbert and Dora Prewitt. He attended Male High School in Louisville, Ky. before serving in the Army Air Corp. 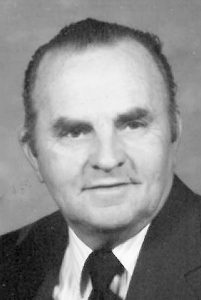 Pete worked for Ford Motor Company in Cincinnati, Ohio and later founded and owned Garrard Auto Supply. He was a member of the Masonic Lodge Edenton F & AM and was a past Master of the Lodge.

Pete was an avid sports fan and loved coaching softball and playing golf. He was the coach of a softball team that went to the state tournament. He attended every game he could whether coaching or not. He would often call his daughter during time outs and discuss how the team was doing.

He was preceded in death by great-grandaughter Lauren Bells, a sister, Louise Prewitt Franks, and four brothers, Tommy, Martin, LeeRoy and Edward Prewitt.