Tyler turning into leader at Campbellsville 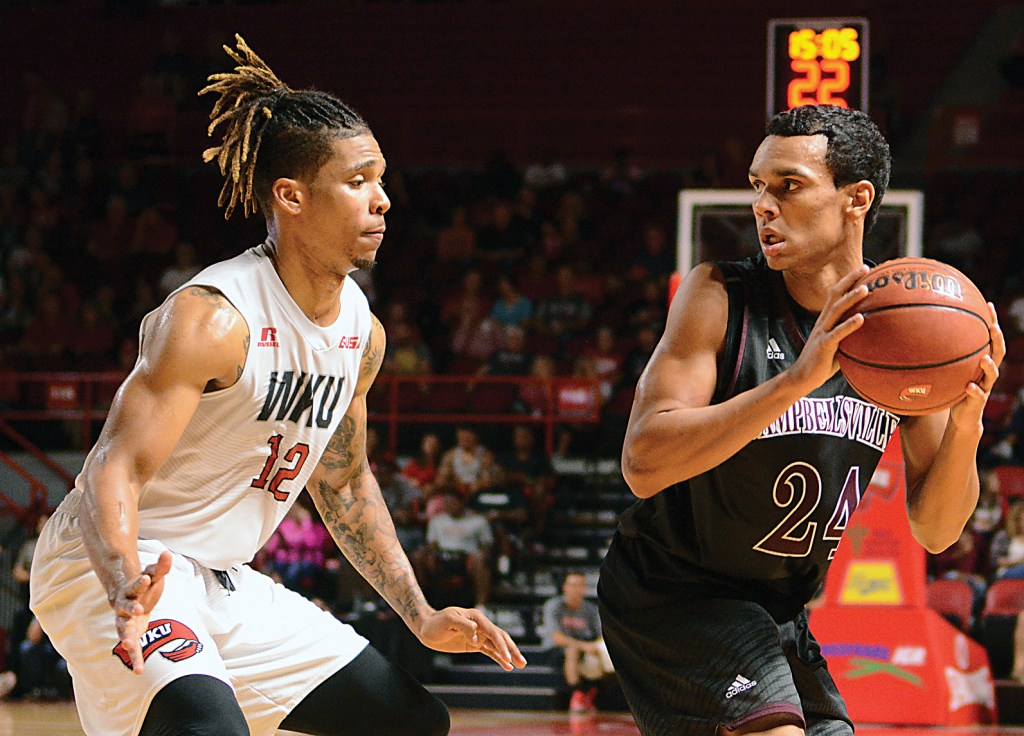 Hagen Tyler was a key cog in Boyle County’s Final Four run in 2015.

“I definitely feel like I’ve grown a lot,” Tyler said. “Last year, I came in and nobody really knew what to expect of me. I was basically just a stand in the corner, catch-and-shoot guy for most of the year. I came in this year, and now teams know what I can do, so I’ve had to adjust and change a little bit with what I do with my game to help the team.”

Tyler was Mid-South Conference freshman of the year last year after averaging 13.9 points per game, finishing second in the NAIA in 3-pointers made with 111. The Tigers went 25-11, falling in the “Fab Four” game of the NAIA national tournament.

This year, the Tigers haven’t had that same kind of success, but Tyler’s game has taken a step forward.

“Hagen has had a great year as the leading scorer for us,” Campbellsville coach Brent Vernon said. “It has been a little more challenging this year; last year we had guys who were really, really good off of the dribble and getting to the rim. We had a lot of pass-first points, it made the game a lot easier for Hagen. … Now, with a year under his belt, whenever teams are coming in and game-planning for us, the No. 1 objective is to stop Hagen.

“It’s been a little more challenging for him probably this year compared to last because he has the opposing team’s best defender on him, they’re going to face guard him everywhere he goes. He’s done a good job taking the right shot, aggressive when he needs to be and making the right reads. As the year has gone on, I feel like he’s done a great job maintaining that and just helping us get hot late in the year.”

Tyler is averaging 13.4 points per game this season to lead the Tigers, and his shooting percentages haven’t slowed. He’s greatly improved from the line — from 79 to 89 percent — and kept his field-goal shooting high at 44 percent.

Where Vernon wants to see more improvement from Tyler is vocally. He’s already a proven leader by example, the coach said.

“Hagen is the type of leader who leads by example,” Vernon said. “That’s his demeanor, everybody likes Hagen but he’s a quiet individual. I think moving on from this year into next, we need him to be a vocal leader. He’s one of the guys on our team that I can definitely say is a selfless player because he doesn’t care, night in and night out, how many points he scores or what his role is. His main objective is us getting a win. As a coach, that’s what you love.”

Tyler said that is something he wants to see from his Rebels as they near the postseason. Juniors Jason Alexander and Bryce Slone are two who were on the team when Tyler led the Rebels in 2015, and Tyler keeps up with their games throughout the season. 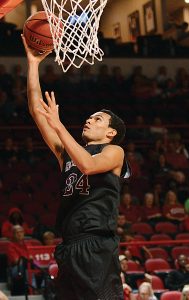 Campbellsville has had its share of struggles this season but has performed well recently, winning three of its last four games before Thursday’s contest at Lindsey Wilson.

“We haven’t really had any terrible losses, blown out or anything, we’ve had a lot where we lose by five or less,” Tyler said. “We just couldn’t finish the game down the stretch. I think our guys, we’ve been working on our chemistry, and I think we’re starting to come together and I think we’re on the right track now.”

Vernon said chemistry improvement has been in part due to Tyler’s presence, on and off of the court.

“You could say it has been a trying year from all perspectives,” Vernon said. “… When you start struggling, that’s when you start finding out some things about different players on our team. For whatever reason, we had some guys that had their own agenda, they were more worried about what they were doing on the court and their result more than the team result. As a coach, sometimes you’ve got to make tough decisions, and we’ve done that in the last couple of weeks to move on from some players.

“Since then, you’ve seen a change within our whole group. Our practices have been better, our attention to detail has been better. As Hagen said, you can see a different type of team chemistry coming over our group. As much as it would have been nice for that chemistry to happen a month ago, we can still really get this thing going in the conference and we can make a late push, and that’s what we’re trying to do.”

Tyler, who was originally committed to play at Northern Kentucky University, signed with Campbellsville and former coach Keith Adkins because it “felt like home.”

In all, the college game has been a great experience, Tyler said.

“It was definitely a change. I was committed to Northern, then things happened and I found a new home,” he said. “When I first came to campus and talked to the coaches, I immediately loved it here. It’s a loving place and it feels like home. I could see myself being here for four years. Coach (Keith Adkins) left us, Coach V took the job and that’s when I knew I couldn’t leave because Coach V is probably my favorite coach. He does nothing but help us, works his butt off for us.”

Finding players like Tyler who call Campbellsville home is something Vernon wants to do more on the recruiting trail, he said.

“There’s no doubt. The way we’ve recruited in the past, we’ve had a lot of transfers,” Vernon said. “We’ll have transfers moving forward, but something as a staff that we’ve talked about, we want to bring in more high school kids on a yearly basis. We need to have more Elliott Young’s, Hagen Tyler’s, Shawn Johnson’s. Those are four-year guys that are going to be in our program. Our team won’t totally be filled with that, but one thing you can say about those guys is they understand 100 percent what it means to come to CU and there’s more sense of pride there because there’s not as much turnover. When you’ve got people leading the way like Elliott, Hagen, Shaun, guys like that, you know that you have guys leading the right way on and off of the floor. When those things happen, the wins, the things we want to happen with our season will start taking care of itself.”