Admirals get one step closer to district crown 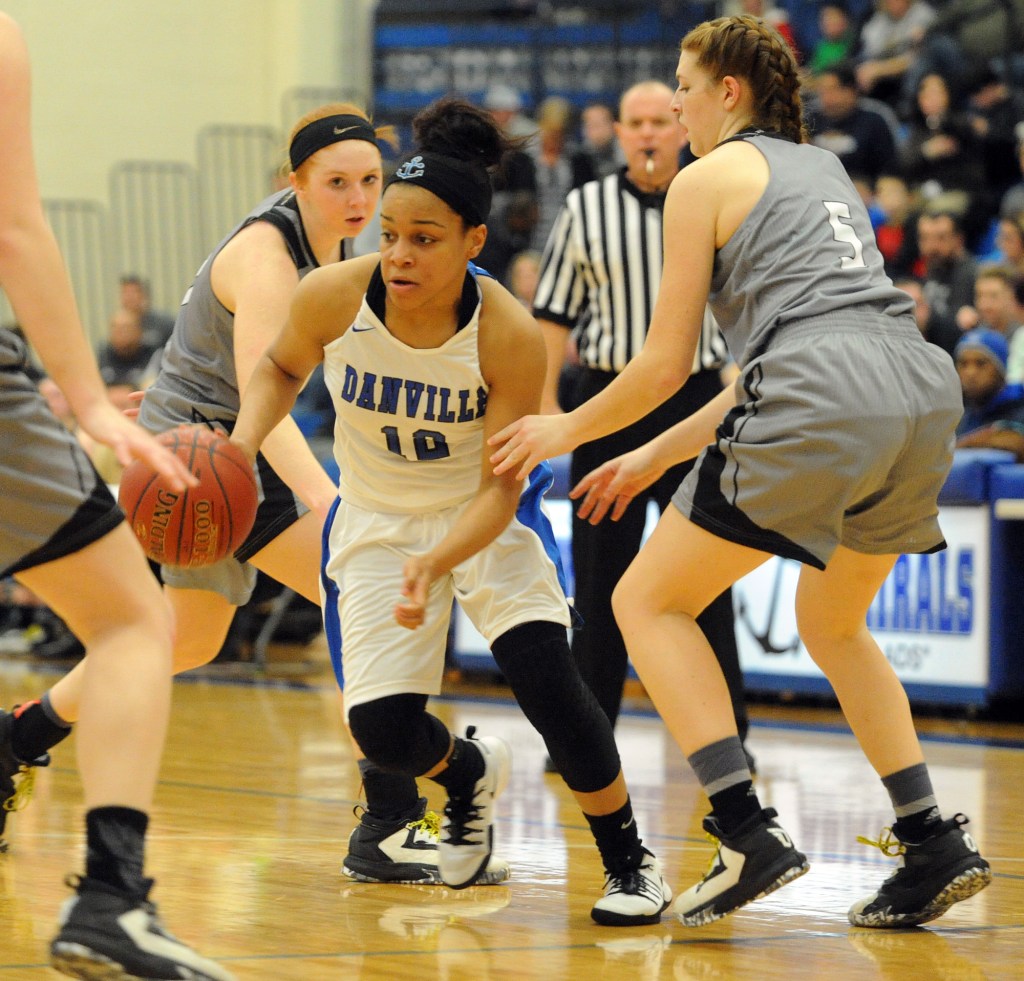 Michael Menifee knows as the season goes deeper into the winter, his Danville girls basketball team has an ever-growing target on its back.

The Admirals entered Friday’s game against rival Boyle County with a perfect mark in the 45th District, and that didn’t change after Danville topped the Rebels 72-65.

Danville improved to 14-7 overall, but more importantly, it upped its district record to 5-0. That target will take its final — and perhaps biggest — shot next Friday when the Ads host defending district champ Lincoln County.

“We’re the target, everybody wants to beat us, so we’ve got to match that intensity,” Menifee said. “Against Garrard, we really didn’t, and in the first quarter tonight we didn’t, but after that we kind of rolled.

“As I told them, ‘As long as we continue to have fight and compete, we’re going to find a rhythm in the game.’ That’s what we did in the second half.”

On the other bench, Boyle coach Greg Edwards said his team needs to go back to the drawing board after falling to 11-13 overall and finishing 1-5 in the district. He also admitted it’s frustrating to be saying things like that in early February.

“It’s pretty frustrating because we know what we need to do, we’ve been running the same things for going on five years,” Edwards said. “We spent some time in (the locker room) talking about executing, doing the things we know we’re good at.”

It wasn’t a perfect performance for the Ads, but the did enough with their quickness and newfound 3-point shooting to pull out the win.

Menifee said his top six players have been putting up extra shots throughout the last few weeks, and the proof was on the court as Danville hit seven 3-pointers, led by Kirby Alcorn’s four makes.

“Ever since the All “A”, we’ve put up probably 1,000 shots … a day, working on knocking down open shots” Menifee said. “We can get to the rim so well and teams are packing the lane, so I told them we’ve got to start knocking them down and loosening them up.”

Alcorn finished with 16 points, one of three Ads in double figures. Ivy Turner led the team with 23 points, hitting 5-of-5 free throws in the fourth quarter, and Alyvia Walker scored 10 of her 17 points in the first half.

While Zenoviah Walker was held to below her season average with seven points, her effort on the defensive end was what the Ads needed.

“Lincoln, Garrard and Boyle, the defense that Zenoviah has played on their main guy has really propelled us to do some things,” Menifee said. “We’re not stopping them from scoring — you don’t stop good players from scoring. We want to limit their touches and what really gets them going and gets their team going.”

Menifee was speaking of Boyle’s Emmie Harris, who scored 23 points while making four 3-pointers and 7-of-8 from the free throw line.

While the Ads paid special attention to Harris, it left Gracie Edmiston with single coverage inside, and she made the Ads pay with 23 points.

“We had a game plan of getting the ball inside, I thought we did it for a while,” Edwards said. “We had some nice looks inside, but I thought we missed a lot of opportunities in the halfcourt.”

Friday was a series of scoring runs which turned into a game. The Rebels charged to a 14-6 lead in the first quarter until Danville answered with a 16-2 run to take a 22-16 lead midway through the second quarter.

Menifee said the sluggish start was indicative of their practice went Thursday, and when he called timeout with 3 minutes, 33 seconds left in the first quarter, he definitely left no questions in his players’ minds about his impressions of their start.

“I told them, ‘I don’t know what it’s going to take for you to do it. I can’t coach you wanting to play, you’ve got to wake up and decide to play,’” Menifee said. “They’re a solid group, they compete, they trust each other, they trust me, so they decided what they wanted to do for me and each other.”

Boyle rallied from its six-point hole with a quick 8-0 run, and then Danville closed the half on an 8-3 burst for a 30-27 lead at the break.

It was Danville’s turn to storm out of the gates in the second half, using a 9-3 run for a 39-30 lead. But — you guessed it — Boyle steadily clawed back to take a 41-39 lead with about two minutes to play in the third.

The squads stayed within four points of each other until Danville’s final push, a 10-3 run to take a 63-54 lead with 2:31 remaining.

The Rebels never went away — Harris and Edmiston combined to score nine points in the final two minutes — but Danville went 7-of-8 from the free throw line in the final 1:48 to keep its cushion.

“We just didn’t do a good job defensively,” Edwards said. “We didn’t fly around, we let Alcorn hit four 3s, wide open in the corner.”