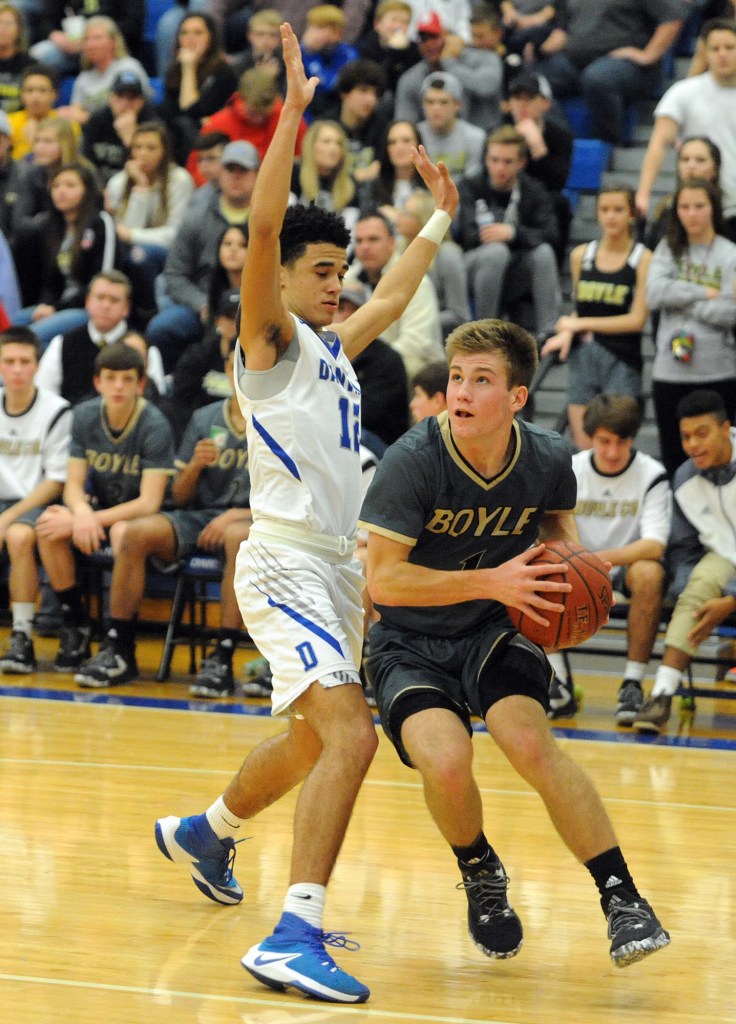 Last week provided another signpost for the high school basketball season when the KHSAA announced the draws for the boys and girls Sweet 16 tournaments.

And wouldn’t you know it, the 12th Region boys champion drew — who else? — the 11th Region champion for the third straight year, giving us another chance to see the best from this area against the best from Lexington right out of the gates.

The girls drew the 16th Region champ; that region doesn’t have a team receiving a vote in the Associated Press Top 25 poll. On paper at least, that doesn’t look like a bad draw for the girls.

In this week’s Monday Mailbag, we asked area coaches their opinions on the recently released draws, among other things.

1. Pairings were announced last week for the boys and girls Sweet 16 tournaments. What are you thoughts on the draws for the 12th Region?

Kurt Young, Mercer County boys coach: I would assume most coaches would be just happy to make it. I do like that fact that the 12th gets to play on Wednesday which will provide some extra rest and preparation time.

Don Irvine, Burgin boys coach: Being a proponent of the draw in high school tournaments, I think you just have to turn what might be viewed as a negative as a positive and feel a) fortunate you have made the state tournament, and b) you will probably need to beat the better team somewhere in the mix, so if your goal is to win it all, might as well go against one of the best yourself.

Ed McKinney, Danville boys coach: I think any time you draw the 11th, it’s not the best you could ask for!

Steve Adams, Boyle County boys coach: It is what it is. With a blind draw, anything is possible. A little unusual that the 12th Region has drawn the 11th Region three of the last four years, with Boyle County’s win over Lexington Catholic being the only 12th Region win.

Michael Menifee, Danville girls coach: The draw is what it is. However it’s kinda crazy in the boys the 12th has drawn the 11th the past four out of five years. I always say it’s an honor to get to the Sweet Sixteen and once you get there it’s all about the draw. But at the end of the day if you want to be a champion, you will have to beat good teams along the way. It may be your first game or in the semis or championship, so just lace up and play who you draw.

Scott Latham, Garrard County girls coach: It could have been better, could have been worse! You have to play everyone at some point, so just go play! Enjoy the challenges and be ready for them!

2. With less than two weeks left until the end of the regular season, does your focus or routine change in regards to practices or games? Are you still looking for the same things these next two weeks as you were in December?

Young: We shorten practice a little bit as long as our players can maintain our focus and intensity. I think it is key to keep them fresh. It is a long season and we have several that played football or soccer in the fall. We are looking for the same things throughout the year: mental toughness, focus, effort and execution, especially with the fundamentals.

Irvine: Focusing on attention to detail and making sure we are all on the same page as far as what we want to accomplish each night. Lots of extra fundamental work and trying to make sure we are fresh and healthy.

McKinney: Our routine stays the same because of the missed preseason and the inexperience. We can’t afford a day where we aren’t working to get better.

Adams: We are looking to refine our execution both offensively and defensively.  It’s also the time of year where you might add a wrinkle or two.

Menifee: The next two weeks are all about staying sharp, focused and injury free.

Latham: At this point in the season we are not going quite as long and we are trying to fine tune details and getting up some extra shooting. I think now you are looking for what has worked best for your team and what are they the most comfortable with offensively and defensively!

3. If you could wave a magic wand and correct one thing about your team, what would it be?

Young: I would give them all the athleticism and body of LeBron, the shooting of Steph Curry, toughness and drive of Jordan, passing of Magic, defense/rebounding of Rodman, and the ability to handle pressure like Bird. Other than that, I love my guys the way they are! That’s not too much to ask for is it?

Irvine: I wish we valued the basketball more and would cut down on our turnovers.

McKinney: That one is easy. I would give us a more competitive spirit defensively. A collective will where we hate, as a unit, when teams score on us.

Adams: Our mental focus everyday in practice and 32 minutes in each game. Because of our inexperience it has been difficult having them understand the importance of every possession.

Menifee: I am happy with my team, but if I had one it would be that we were all a little taller.

Latham: Not to lose another game the remainder of the season! But who doesn’t want that, right? I would want us to limit our turnovers, and make free throws and layups!

Ads make plays down the stretch to stop Boyle