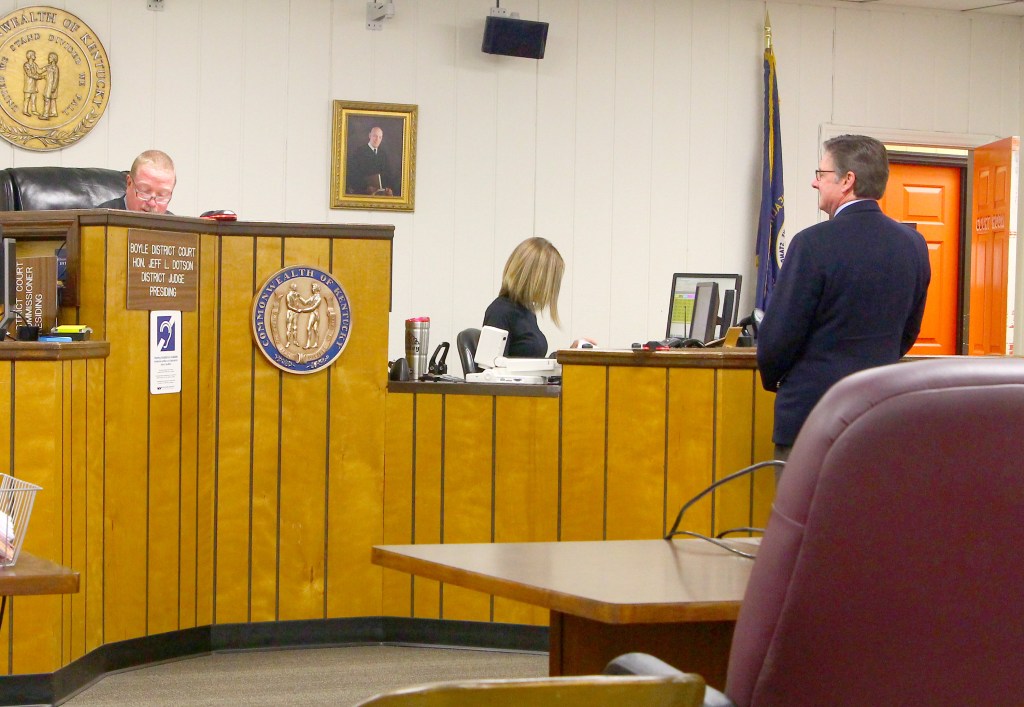 Danville Mayor Mike Perros will pay a $50 fine after charges against him concerning a loose dog were largely dismissed Tuesday.

Perros said previously his husky was not wearing the tags proving it had been vaccinated and licensed when it escaped.

A third charge of not confining or controlling the dog at night was amended down to a violation of having a dog running at large, which carries a $50 fine.

Perros agreed to pay the fine and Dotson gave him 30 days to make the payment. Before Perros left the courtroom, Dotson said it was good to see Perros, but he was sorry it was under such circumstances.

Perros said previously he would gladly pay whatever fine he owed because “that’s a cost to the taxpayer; the dog is my responsibility.”

The charges were originally filed after Perros’ dog was picked up by Animal Control the morning of Jan. 4. According to the citation, it was the fifth time the dog had escaped.

Perros said there have been multiple issues with keeping the pup inside its electric fence, but it hasn’t escaped ever since the power on its collar was turned up and the dogs neck was shaved down to improve performance of the collar.

Prosecutor waiting to see if feds take over sex…