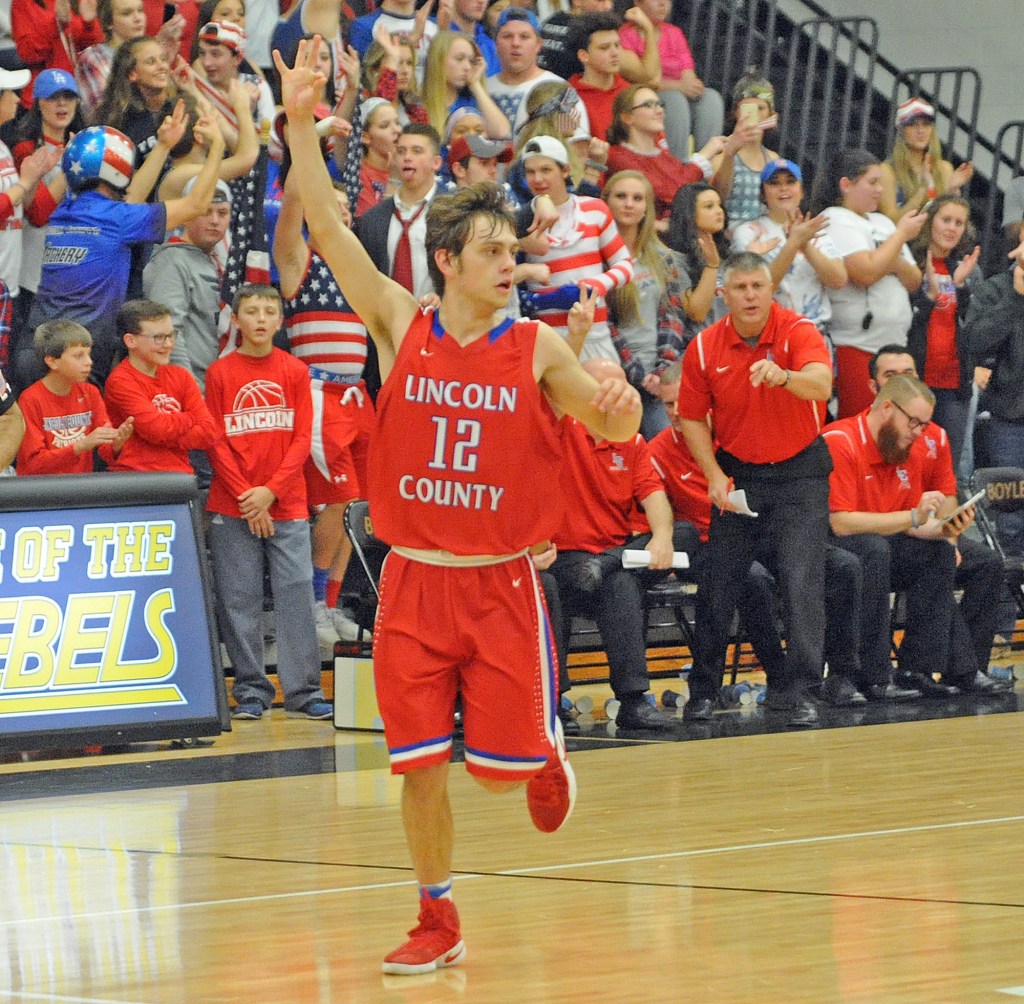 Kaitlynn Wilks had 18 points and seven boards the last time the two teams played, and Jenna King had eight points and 12 rebounds. … Emma King leads the Pats with 18.3 points per game. … Wilks averages 12.8 points and 8.3 rebounds. … The Pats have won the last two 45th District titles.

The Ads are on a three-game winning streak. … Three different players, Ivy Turner, Zenoviah Walker and Alyvia Walker, have all led the Ads in scoring during those games. … Danville has made 37.5 percent of its 3-pointers during the last three games. … Alyvia Walker had 21 points and seven rebounds in the last meeting with Lincoln, and Kennedy Walker added nine points and 10 rebounds.

What it means: Simple — winner takes the No. 1 seed for the 45th District tournament.

The Patriots have won six straight games, including wins over Southwestern and Mercer County. … Noah Young (25.0 ppg) and Devin Alcorn (15.8) are leading the Pats over that span. … The team is making 75 percent from the free throw line and over 40 percent from 3-point distance in those games. … Young’s 23 points led the Pats in the last win over the Ads.

The Ads have won three straight home games by an average of seven points. … Jared Southerland averages a team-high 16.1 points, and Zach Thornton adds 10.0 ppg. … In the last meeting, Southerland had 11 points and Thornton had 10. … DeShaud St. Martin averages 9.6 points and 5.0 rebounds.

The Titans are 15-2 against teams from Kentucky this year. … Seygan Robins puts up 15.2 ppg, one of four Mercer players to average double digits. … Lyric Houston (11.9 ppg), Lexy Lake (10.8) and Emma Souder (10.6) are the others. … Houston grabs nearly six rebounds per game. … The Titans have won at least 20 games each season over the last eight seasons.

The Wildcats have won six of their last 10 games. … Bruce Hopkins, Jacob Bundy and Max Burd all average double digit points. … Lynn Camp is shooting nearly 39 percent from 3-point distance. … Bundy is second in the team in rebounding.

The Bulldogs have won five straight games by an average of 30 points. … Jordan Hurst is averaging 22 points and 11 rebounds during the streak, and Micah Dunn adds 15 ppg. … On the season, Hurst is putting up 16 points and nine rebounds per game. … Dunn averages 13.6 points.

All records and statistics as of Tuesday, Feb. 7. Statistics from KHSAA.org.