Boyle County attorney explains why court is phasing out KAP 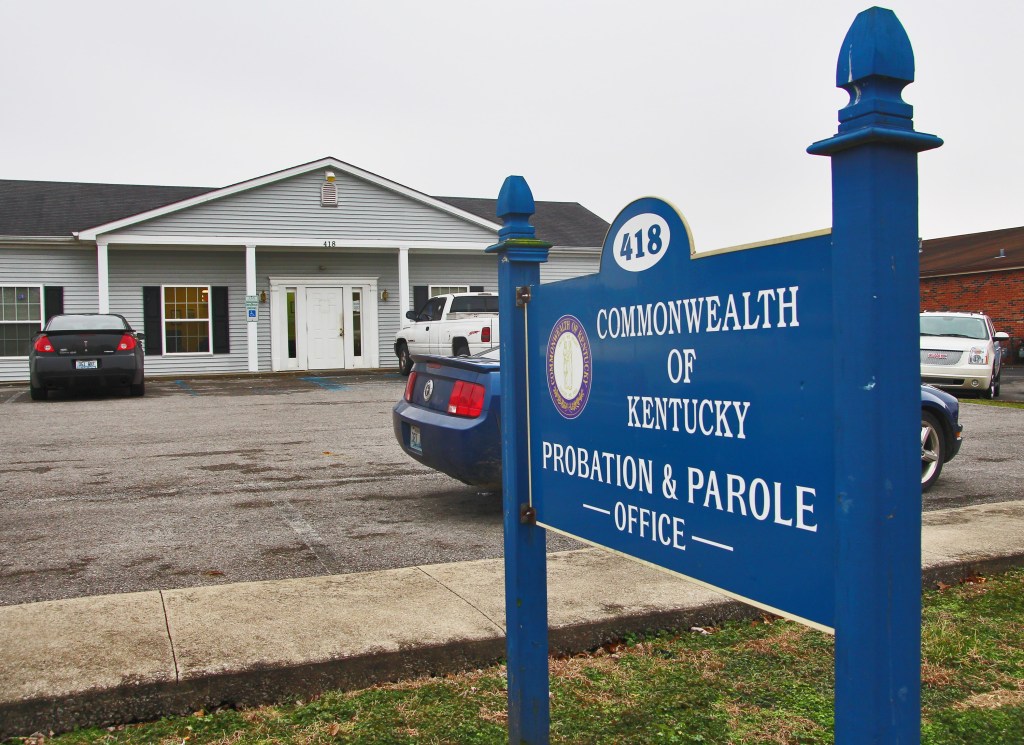 Ben Kleppinger/ben.kleppinger@amnews.com | The Kentucky Probation and Parole office in Danville is currently taking all new probation monitoring cases from the district court as the court transitions away from the private monitoring company Kentucky Alternative Programs.

Boyle County Attorney Richard Campbell has clarified why a recent rules change from the Kentucky Supreme Court has led to the impending closure of the private probation monitoring company Kentucky Alternative Programs.

Campbell said the district court serving Boyle and Mercer counties is no longer sending defendants offered probation to KAP because of a specific paragraph in the Supreme Court’s administrative order. That paragraph reads:

“A district court may refer a defendant … to a private agency for monitoring in accordance with (state law) only when probation monitoring services are not being and cannot be performed by a governmental agency, a not-for-profit agency or volunteers.”

Similar language already existed in the rules for district courts, Campbell said. But the newly updated language, which went into effect Jan. 1, has been interpreted by District Court Judge Jeff Dotson to mean that KAP cannot be used for probation monitoring when the state Probation and Parole office is available.

“That’s the opinion of our courts. I think Probation and Parole — at this point, they were caught off-guard on this,” Campbell said, adding that “I can’t speak for them.”

An employee at the Danville Probation and Parole office said no one was available to comment Wednesday, but a supervisor capable of commenting was expected to be in the office on Thursday.

Dotson was unavailable to comment Wednesday, but a secretary in his office said he expected to release a document to The Advocate-Messenger Thursday outlining the plan to transition away from KAP.

Dotson may also soon release to the paper a video recording of a meeting he had with KAP and Probation and Parole on the day the transition began — Jan. 25.

Campbell said he attended that meeting but “did not participate.”

“I know KAP told the judge that they would continue to be operating in Pulaski and some other areas,” he said.

Campbell said he didn’t know what had caused the Supreme Court to change the rules, nor could he comment on why the judges have interpreted the rule change the way they have. He said he doesn’t think at this point there’s any chance of changing course.

A KAP employee at the Danville office confirmed Tuesday that the office was expected to close at the end of February, but it was still handling current cases already assigned to it.

A call asking for comment from KAP’s Newport office has yet to be returned.

Shewmaker and Buchanan’s office both confirmed Wednesday that KAP had not yet provided that list.

Campbell said once the court has the lists of names, “what we will probably be doing is looking at that list” and determining who should be transferred to probation monitoring from Probation and Parole and who should have their probation terminated early.

“If you’ve got somebody who’s only got two months left, I don’t know that we’ll go through the trouble of transferring them,” Campbell said, then emphasized that the decision on each case would ultimately be up to Dotson.

“Once we get the list from KAP, then we’ll be able to start making the decision about how are we going to make those transfers,” he said.

Since the court has stopped using KAP, it has been assigning new and returning cases to Probation and Parole. Campbell said nothing has changed yet for anyone currently being monitored by KAP.

Campbell said if the caseload is too great for Probation and Parole, it’s possible they could lobby “the governor’s office” or pursue legislative change, but  “I don’t see that happening in the near future.”

It’s also possible that Probation and Parole could refuse to provide services, at which point Dotson could hold the agency in contempt of court and the matter would head to circuit court, Campbell said.

But so far, Campbell said there have been no problems he’s aware of with assigning cases to Probation and Parole and he hasn’t heard any complaints from the agency.

It’s possible that during this “transition period,” the court will alter its standard practices concerning probation in order to accommodate Probation and Parole, Campbell said.

There are general practices the court has followed for more than 10 years, such as probating almost all cases with sentences over 30 days to KAP, as well as all cases where a defendant failed to maintain insurance on their vehicle. The court regularly probates sentences of 180 days or less for one year, and sentences of more than 180 days for two years.

Those are the kinds of practices that could be modified as Probation and Parole settles into its new, expanded role, Campbell said.

“We’re in that transition period and we’re trying to work it all out,” he said. “We’re trying to see what Probation and Parole can handle … we all have to get along, so we’re just in that period where we’re trying to feel out what to do.”

Two arrested after fleeing in Boyle