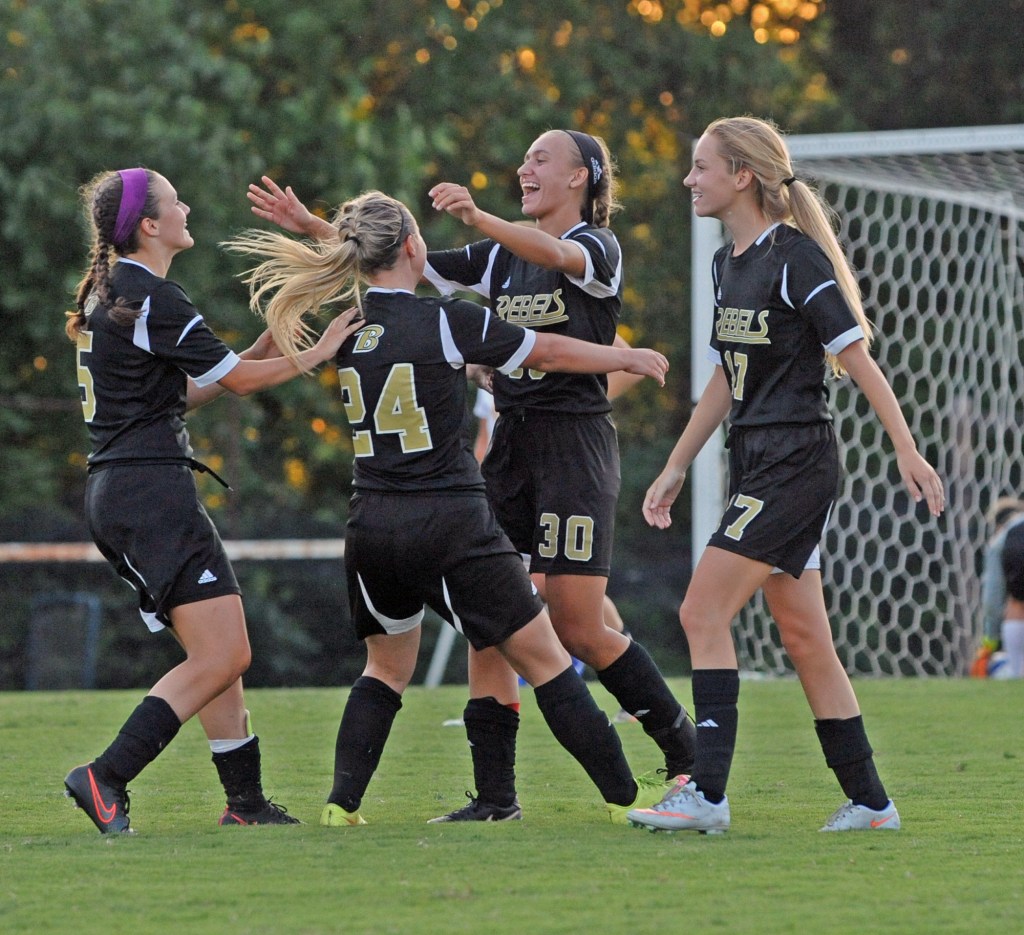 Kylie Thompson spent her high school soccer career at Boyle County being one of the state’s most electric and skillful players.

With her recent signing to play at Eastern Kentucky, her talents won’t be too far away from home. Thompson, who said she “went to a lot of (Division I) camps throughout high school and took several visits,” was also considering Morehead State, Ohio University, University of Cincinnati and Belmont before narrowing it down to Morehead and EKU.

“While all of the schools had great academic and soccer programs, EKU appealed to me in every aspect,” Thompson said. “I and my family like that it is pretty close to home so that I can come home if I need to and my family is still able to come watch me play.

“I fell in love with the campus and the coaching staff and I think that is what put it ahead of the other schools, plus the fact that they are one of the top ranked schools for the education major. I have also met the team and the girls were very inviting and supportive as were the coaches, and this helped me to make my decision.”

Thompson’s high school career fits a player going to an NCAA Division I school. She scored 95 goals and assisted on 44 with the Rebels; her goal total was nearly one-quarter of the goals Boyle scored during her four-year career. The team advanced to region all four years, making the state tournament once and finishing as a regional finalist two other times.

She was voted first team All-State as a senior, second team as a junior and honorable mention as a sophomore. She was first team Academic All-State all four years, in both soccer and track.

She played for Lexington FC and Bluegrass Soccer Club, and she was a member of the Kentucky State Olympic Development Program in 2012.

“She’s an extremely athletic and crafty forward,” EKU coach Nick Flohre said in a press release. “Kylie does things defenders don’t expect, both with and without the ball. She’s just as good attack goal as she is making the final pass. Our current forwards and (midfielders) are going to enjoy playing with her, and she’s going to be very tough for any backline to defend.”

Thompson already has a list of things she wants to work on before starting her career with the Colonels, who were the most improved team in Division I last year, posting an increase of nine wins over their 2015 record.

“I feel like I need to continue to work on my speed because this is one of my strengths,” Thompson said. “I also want to get a little stronger for college as the defenders I face will be challenging to go up against and this might give me a slight advantage. Lastly, I want to work and improve my skills on the ball and in finishing shots, especially breakaways. I love to attack and pass to create an attack, so these are all aspects of the game I will work on.”

She follows a long line of Boyle girls soccer players to advance to the college level. While she didn’t receive any specific advice from the former players, she said watching them play gave her an idea of the different schools and what to expect.

“My track coaches and club coaches were very helpful with their advice,” Thompson said. “They know my personality so well and were great listeners to me and offered me a lot of help. Mostly, I talked to my parents and prayed about it. I kept asking God to guide me, and he kept pointing to EKU.”

Thompson will major in Education at EKU with the goal of working in elementary education. Once her playing days are over, she doesn’t plan on stepping away from the game.

“I also have an interest in one day coaching to pass down my knowledge of the game to a different generation of players,” she said.