Centre professor reminds us: Be kind Billboard erected on U.S. 127 in Frankfort sends simple but necessary thought in turbulent times 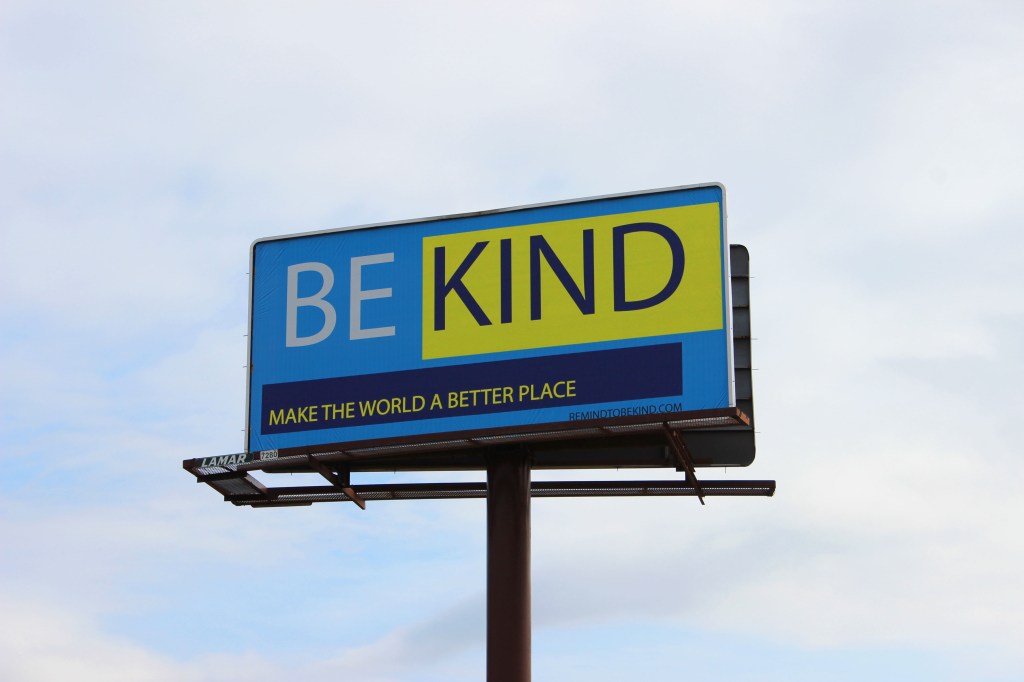 Centre professor David Anderson places a "Be Kind" billboard on Highway 127 in Frankfort to help remind people to be kind in the midst of the problems going on in the nation.

A grassroots effort launched by a Centre College economics professor has garnered lots of attention. Professor David Anderson had a billboard erected on U.S. 27 in Frankfort Monday, simply stating “BE KIND.”

Anderson said U.S. 127 is a well trafficked area and will be seen by a number of people.

The sign is also close to the state capital, which helps grab the attention of officials in the area.

“If I can do anything to help legislature make decisions with kindness in the back of their minds, the decisions will be a lot better,” Anderson said.

This is the first “BE KIND” billboard that has been placed in the state, as Anderson said he’s not aware of others like it.

“This is my own grassroots effort to rekindle kindness in this turbulent era of travel bans and Twitter attacks,” he said. “We need reminders to be kind when, as a nation, we are tempted to turn our backs on refugees, immigrants, minorities, the poor, students, women and people of different religions and gender preferences.”

He said he has put a lot of thought into how to reach people who are not plugged into the mainstream media outlets.

“Billboards are the best way to reach common ground with a wider audience,” he said. “I think that exposure to reminders does make a difference.”

Anderson said he believes people are losing the sense of kindness when it comes to decision making.

“My concern is that we are forgetting the importance of kindness,” he said. “Beyond the sad results of not treating others as we would like to be treated, unkindness leads us astray of policies that would protect natural resources for future generations. It is clear that when we have turned against trading partners, the result has been trade wars and a lose-lose situation. Of course, what goes around comes around.”

Anderson hopes everyone who is thinking about problems the nation is facing right now is making a difference one way or another.

“Hopefully this billboard and other public reminders will help us all refocus on what is important,” he said.

The billboard will be up for a month, and right now he doesn’t have any plans on placing others. He said he wanted to see how effective this one was. However, there are people who have expressed interest in helping him financially place another billboard up later on, he said.

David Anderson has also started a website that posts other “Be kind” reminders like his. To see more, visit www.remindtobekind.com.

Centre professor David Anderson places a “Be Kind” billboard on Highway 127 in Frankfort to help remind people to be kind in the midst of the problems going on in the nation.